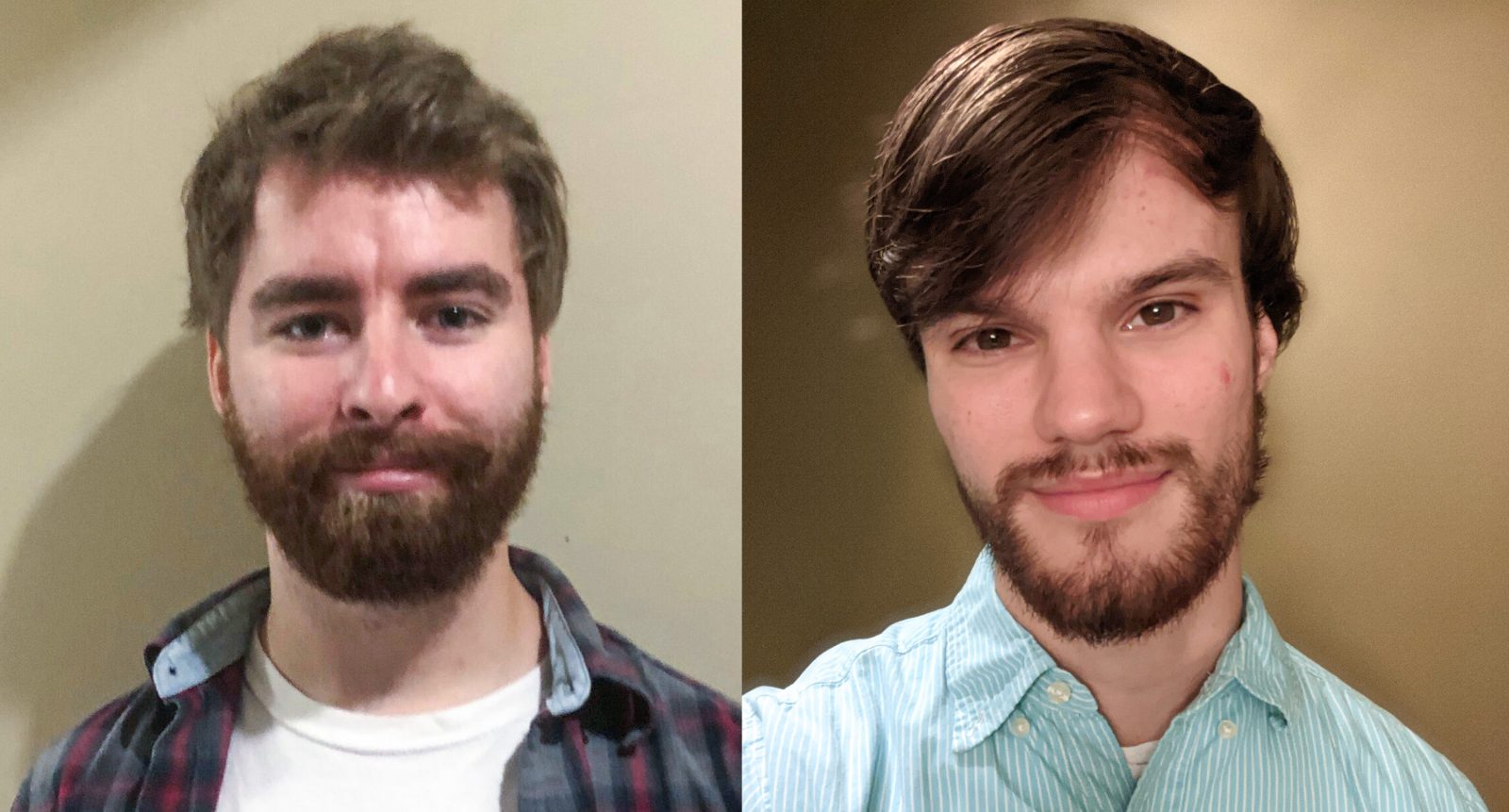 The Silver Medals are awarded for achieving the highest academic standing at the undergraduate level. Both students completed their Bachelor of Science (Honours) degree in Physics with an overall average of 95 per cent and a major average of 96 per cent.

Growing up, Tower was always curious about the world around him, asking his parents questions about how batteries function or how birds fly.

“I’ve been drawn to physics to learn these answers for as long as I can remember,” he said.

With his undergraduate degree now complete, Tower is now taking a Master’s of Science – Physics (Condensed Matter and Material Science).

“During my time at Brock I got the opportunity to work a summer position studying condensed matter research with Professor (Maureen) Reedyk and it was fascinating to me,” he said. “I began studying crystals and my thesis, Synthesis and Optical Properties of Cs2AgBiBr6, evolved from that interest. At first it was challenging to grow even a single crystal, yet my professors and peers are always there to help push through any road blocks we encountered.”

Tower approaches his studies carefully and thoroughly to ensure he fully understands the material.

“I consider myself a forgetful person, so I ask a lot of questions,” he said. “Once I can look at a problem and be fairly sure I can answer it, I can move on. Each set of problems gives me a new tool to use to solve the rest.”

Tower’s dedication to putting in long hours to master the material is shared by Helmeczi.

“There were times in my studies that I didn’t think I could succeed,” said Helmeczi. “I would often spend 10 or 20 hours working on a lab report or assignment that my peers seemed to complete effortlessly in much less time. I kept at it because I always wanted to do the best I could.”

Helmeczi enjoys quantum mechanics and theoretical physics and was especially enthusiastic about his electromagnetism courses. His thesis, “Complete Colouring and Enhanced Identification of Knots” explores knot theory and its physical applications.

“I love going to classes where the concepts build upon each other, each one a stepping stone to solve the next,” he said. “Then I took a General Relativity course because it was Einstein’s great concept. You have to throw out your intuition about how the world works and relearn your preconceptions because everything is very different than we imagine.”

Both Helmeczi and Tower credit the Physics department for creating a supportive learning environment. They say their professors are always willing to help and their peers motivate them to work hard.

“I would get a text from a friend saying they’ve already done their assignment and it would encourage me to sit down and complete mine,” Tower said. “I always knew there would be someone working along beside me to ask for help or offer help to.”

When Helmeczi asked if he knew which friend Tower was talking about, he replied “well of course I know him. It’s me.’”

Helmeczi said no matter how hard things got, he knew he could always ask for help from his professors and others.

“I communicated a lot with my classmates, I asked for help and helped others,” he said. “It’s not just you having a hard time. We are blessed in Physics with weekly assignments. It can be difficult and time consuming, but it forces you to stay on top of the work. The Physics process makes you learn if you stick with it week to week.”

Mathematics and Science Dean Ejaz Ahmed congratulated Tower and Helmeczi on their hard work and the Governor General awards.

“These students exemplify that hard work and determination can produce outstanding results,” he said. “We are proud to call Collin and Kraig Brock graduates.”