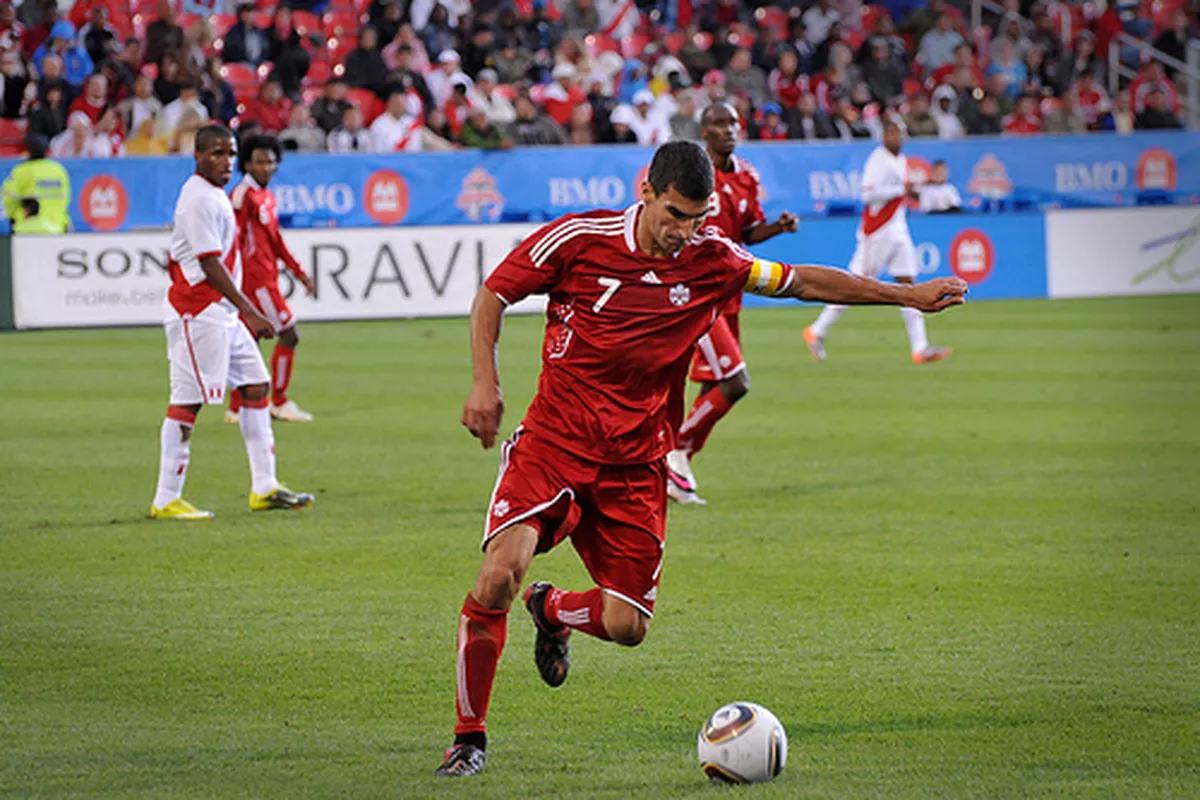 Former professional Canadian soccer player Paul Stalteri will share insight into the sports industry during a webinar on Wednesday, Oct. 28.

Two Italian-Canadian athletes who have represented Canada at the highest level of international soccer will share their experience in the sport during a webinar Wednesday, Oct. 28.

Thanks to a partnership between the Italian Studies program within Brock’s Department of Modern Languages, Literatures and Cultures (MLLC) and the Centre for Sport Capacity, as well as sponsorship from the Brock Canada Games Teaching and Learning Grant, former Team Canada soccer players Paul Stalteri and Carmelina Moscato will discuss the sports industry in Canada in anticipation of the Niagara 2022 Canada Summer Games.

Held from 3 to 5 p.m., the online panel will be moderated by MLLC course instructor Teresa Russo, who has led similar exercises with her ITAL/CANA 2P98 – Italians in Canada and Italy-Canada Relations course in the past with accomplished poets, artists, photographers and other members of the Italian-Canadian community.

This year’s participants are well-known in the world of Canadian professional soccer. Stalteri, the son of an Italian father and a Guyanese mother, was born in Etobicoke and currently holds the record for most appearances on the Canadian men’s national soccer team. Moscato, the daughter of Sicilian-born parents, was born in Mississauga and was a member of Team Canada’s historic bronze medal-winning women’s soccer team at the London 2012 Olympics. 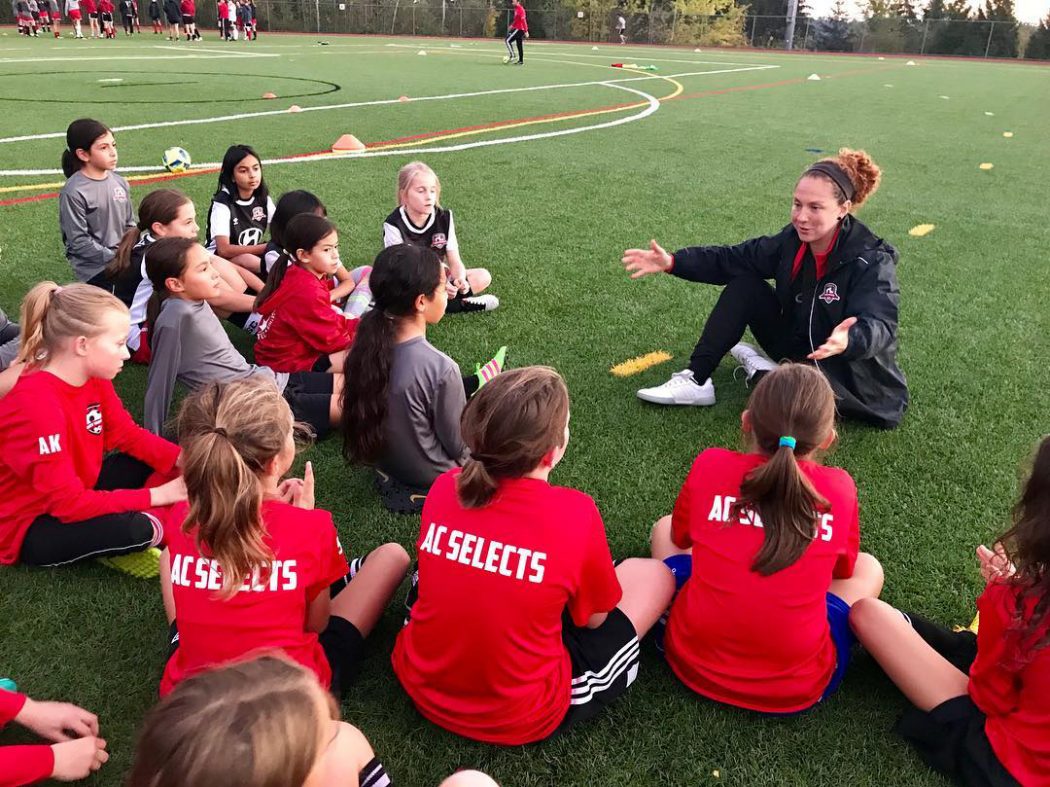 Carmelina Moscato, right, will speak about her time as a professional Canadian soccer player, and her experience as a coach during a webinar on Wednesday, Oct. 28.

In addition to their time on the field, both players have also gained significant experience coaching soccer’s next generation.

“In anticipation of the Canada Games, I decided to look for speakers in sports and added the sports industry to my lectures,” Russo said, adding it seemed to be a natural combination. “In class, we have discussed Canadian nationalism and sports, global sport, and consumer culture.”

Within these broad fields, the class has tied back to their Italian studies by examining sports within immigrant and ethnic groups, gender and ethnic inequality in sports, how sports cafés in Little Italy play a role in Italian communities, and Italian-Canadians as fans.

Both speakers plan to touch on many of the topics discussed by the class, including access to coaches and managers before their national debut and international careers. When discussing their experiences as coaches, the topic of coaching during the pandemic will also be examined.

Though Russo’s class will be in attendance, the webinar is open to the entire Brock community and has been promoted further afield by the Centre for Sport Capacity, which has also provided extensive logistical assistance with livestreaming the event.

“This is a great opportunity for students across Brock University (not just in Italian-Canadian Studies) and beyond to meet world-renowned athletes that were born in Canada, trained in Canada and had amazing careers as athletes,” she said.

With both Stalteri and Moscato currently working in Ontario’s soccer industry, Russo said the opportunity to connect with regional leaders in sport would be beneficial for the students and the Niagara region as a whole.

“It is an opportunity for students to connect with community builders in sports and ask them questions about this industry, especially since the Canada Games is coming to Niagara and the legacy project will be part of the community for years to come,” she said.

The event is the first of three in the Centre for Sport Capacity’s webinar series.

To participate in the Panel Discussion on Soccer in Ontario, RSVP on the event’s website.