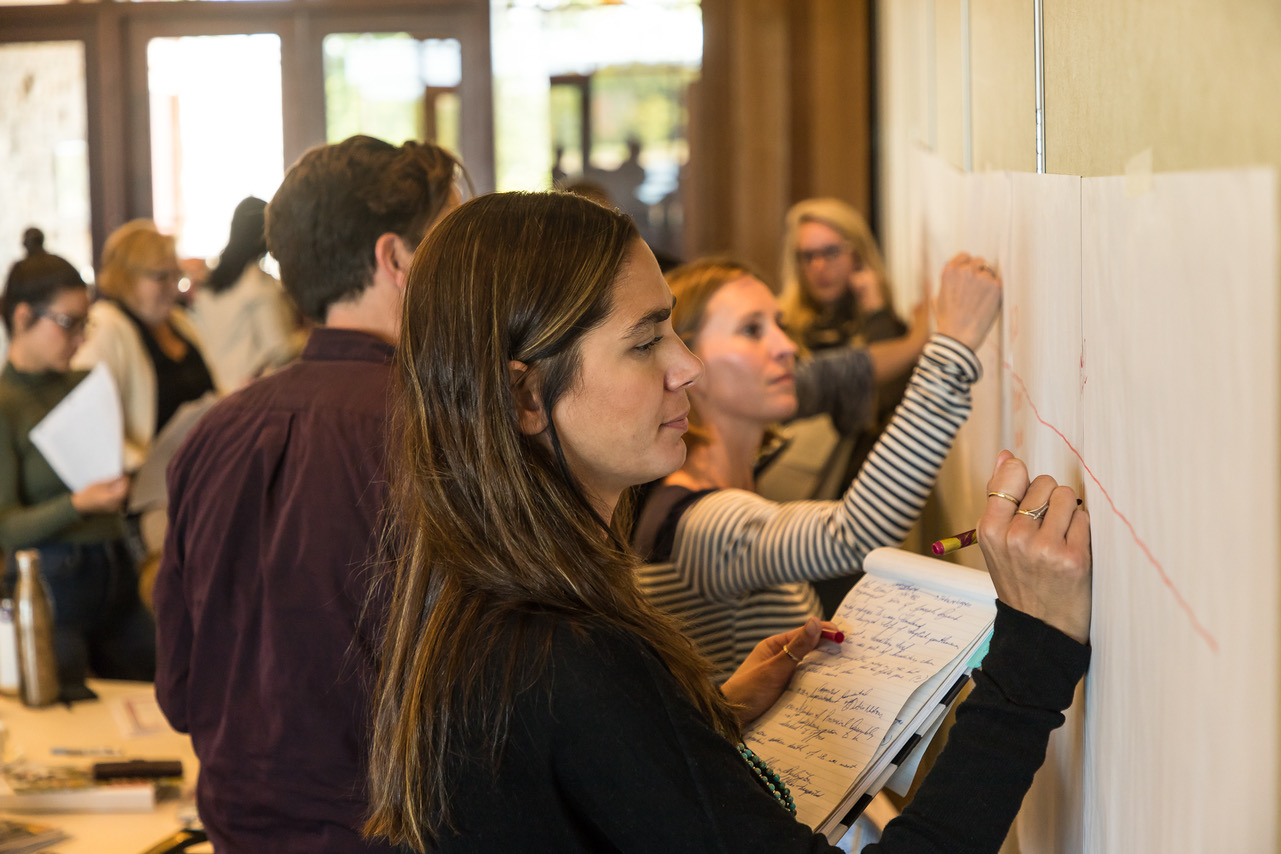 Prior to the COVID-19 pandemic, teachers from across the Niagara region participated in the Landscape of Nations 360° Teacher Training Program. This photo was taken by Mark Zelinski.

The Faculty of Education (FOE) and the Landscape of Nations 360° Indigenous Education Initiative (LON 360°) have committed to collaborate on initiatives to advance Indigenous subject matter across the Niagara region.

LON 360° was formed to facilitate the inclusion of Indigenous history, knowledge, and expression consistent with the Ontario curriculum in Niagara’s K-12 classrooms. The program assembled an intellectual roundtable of preeminent scholars and cultural specialists that developed intellectual standards supporting teacher training and the development of appropriate Indigenous content instructional materials.

Both FOE and LON 360° are committed to academic co-operation, collaborative research, and cultural and personnel exchanges, as well as working together on educational and research projects to advance their goals — in particular, to realize the Truth and Reconciliation Commission of Canada’s Calls to Action.

FOE Dean Michael Owen notes that the Faculty is “strongly committed to nurturing and supporting the intellectual development of individuals in our community,” as well as those nationally and globally, through leadership, innovation, research, teaching and learning across all disciplines.

The Faculty is already home to the Tecumseh Centre for Aboriginal Research and Education, which collaborates with Aboriginal graduate and undergraduate students and university educators in research teams and educational programming that are grounded in Aboriginal epistemologies.

This new partnership with the FOE will amplify the important work done by LON 360° across Niagara over the past few years.

“We’re enthusiastic about the prospects for this partnership,” said Tim Johnson, Director of the LON 360° Indigenous Education Initiative. “Since the unveilings of the Landscape of Nations Memorial in 2016 and the First Nations Peace Monument in 2017, we established a firm commitment to expanding awareness and knowledge of the Indigenous experience in this profoundly important historic area. With Brock University’s engagement, we anticipate the impacts of this work will increase exponentially.”

Situated near the Brock Monument, The Landscape of Nations: The Six Nations & Native Allies Commemorative Memorial sits on the site of the Battle of Queenston Heights. Brock University’s namesake, Maj-Gen. Sir Isaac Brock, was killed during this battle on Oct. 13, 1812.

Since the unveilings of these monuments, the LON 360° Indigenous Education Initiative has completed its first two phases and is launching its third.

Phase One included the development of an innovative framework, entitled Framework For Essential Understandings About Indigenous Peoples Of The Niagara Region in partnerships with the District School Board of Niagara, Niagara Catholic District School Board, Ridley College and Royal Oak Community School.

Phase Two focused on the design and delivery of professional development opportunities and resources for educators to strengthen their ability to teach Indigenous subject matter, particularly in relation to the Niagara region.

Phase Three will launch the production of instructional modules for classroom use arising from the framework’s key concept connections to the Ontario curriculum.

“We are delighted to explore how we might leverage the combined intellectual and research capacities of Brock and the LON 360° Indigenous Education Initiative to enhance learning and teaching in schools across Niagara and beyond,” said Owen.”We’ve observed the outstanding curriculum and professional development LON 360° has been doing through its partnerships with Niagara’s major school systems and schools.”