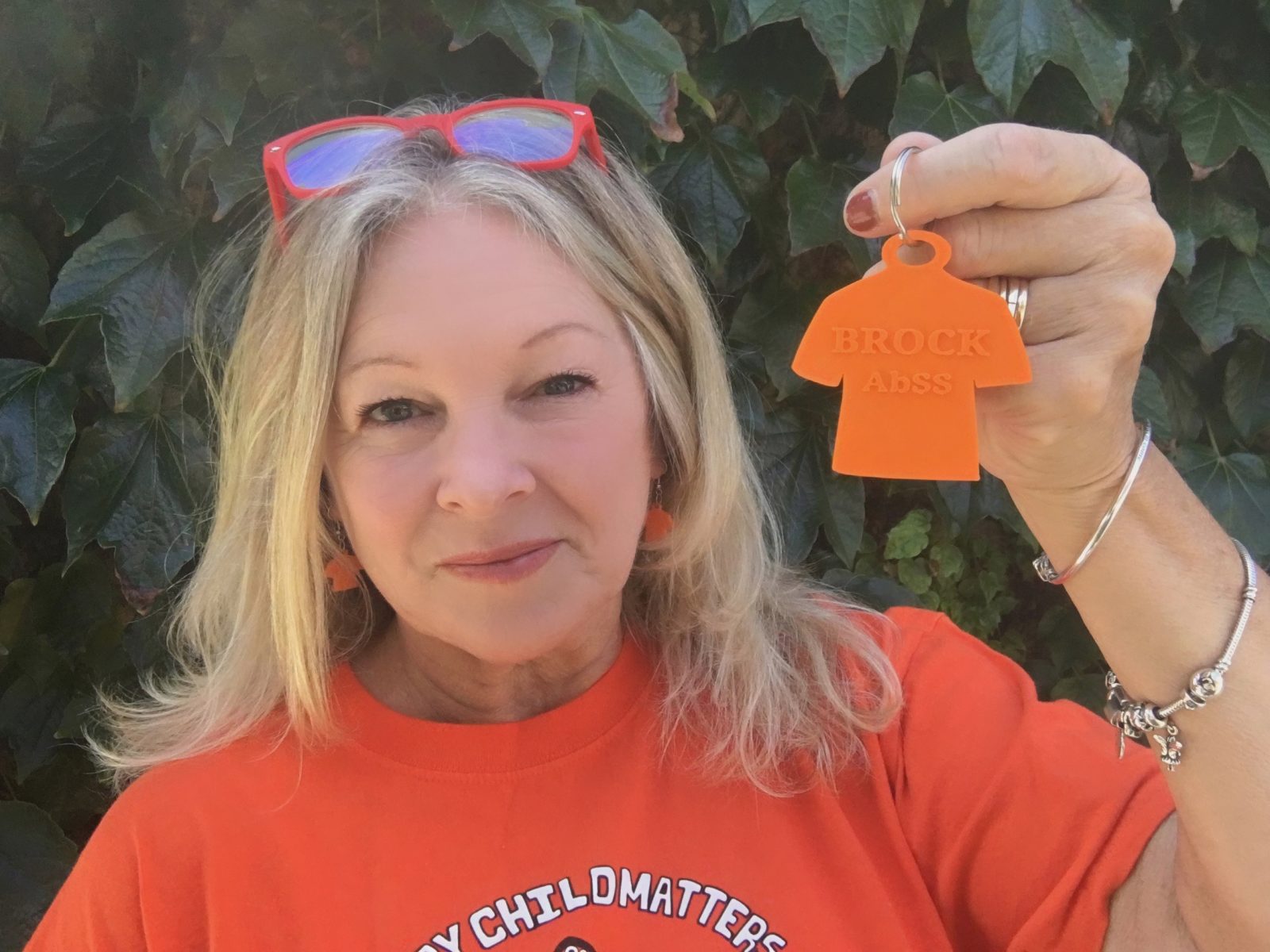 Members of the Brock University and Niagara communities are invited to wear orange shirts Wednesday, Sept. 30 to raise awareness of the history and ongoing effects of Canada’s residential school system.

Orange Shirt Day has its origins in 1973, when Phyllis (Jack) Webstad was stripped of a new orange shirt purchased by her grandmother on her first day at the St. Joseph Mission residential school in Williams Lake, B.C., leaving her feeling worthless and insignificant.

Sandra Wong, Aboriginal Academic Support Program Co-ordinator/Instructor in Aboriginal Student Services (AbSS), said wearing an orange shirt allows allies to join together with Indigenous communities as they remember the approximately 150,000 children forced to attend residential schools, where many experienced physical and sexual abuse, as well as more than 6,000 students who did not survive.

“Wearing an orange shirt brings on a mindset where everyone can remember the students who were forced to attend residential schools,” said Wong. “It brings an awareness of what the government did to our people and why there are still so many ongoing issues today.”

Wong said that by wearing any orange shirt (as long as it does not have an offensive message or engage in cultural appropriation), members of the community can show their commitment to recognizing and learning from the events of the past.

“We want people to know the real history, and maybe get rid of some commonly held biases, especially in the areas of medicine and law-enforcement,” she said.

The day is also an important part of the calendar for Brock’s President’s Advisory Committee on Human Rights, Equity, and Decolonization (PACHRED) and its Decolonization Committee.

Committee Chair Lyn Trudeau, a sessional instructor and PhD candidate at Brock, said the significance of Orange Shirt Day taking place in the fall should not be overlooked.

“It’s set in the fall because that is when children were taken away,” she said. “We want to promote awareness, acknowledge the harm done and educate on the horrors of the residential school system.”

Trudeau noted that the history of the schools must not be viewed as the distant past.

“We think these things happened a long time ago, but the last school closed 24 years ago,” she said. “We need to recognize these injustices to have truth and reconciliation. You can’t begin to move forward if you don’t look to the past, and it’s good to see Brock in support of these initiatives.”

In addition to the many faculty, staff and students wearing orange, the University will show its support for the day by turning the Schmon Tower lights orange on the evening of Sept. 30.

Aboriginal Events Co-ordinator Cindy Biancaniello said the increased awareness of the event and its message each year is encouraging.

“It’s a part of Canadian history that everyone needs to know about,” she said. “We hope that someday the orange shirt will be as recognizable as the pink ribbon or the poppy, especially across the University.”

To help raise awareness this year, AbSS is encouraging participants to take a picture of themselves in their orange shirts and then email the picture to Biancaniello at cbiancaniello@brocku.ca to be used on social media. The AbSS team has also sent out hundreds of orange earrings and keychains to allies throughout the community who are encouraged to include them in the pictures they send in.

Anyone who would like to order an orange key chain or earrings is asked to email Biancaniello.

Those interested in learning more about residential schools is encouraged to read ‘Honouring the Truth, Reconciling for Future: The Summary of the Final Report of the Truth and Reconciliation of Canada’ on the Decolonization Committee website.