Brock research could be a game-changer for goalies 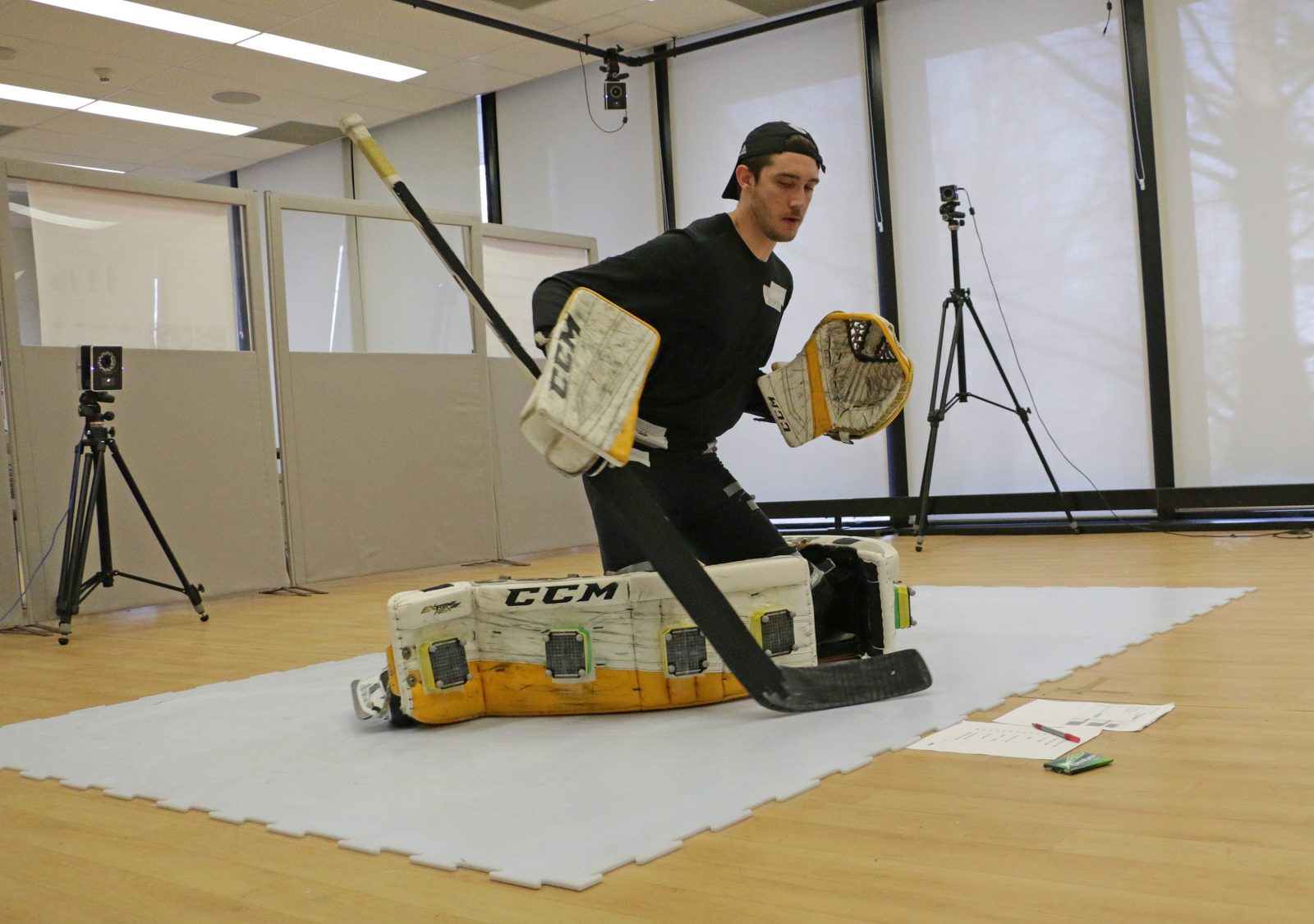 Hockey goaltenders could have a new competitive advantage in stopping the puck thanks to researchers at Brock University.

Professor of Kinesiology Kelly Lockwood and graduate student Colin Dunne have found an adjustment to the goalie skate that significantly increases the speed at which a goaltender can drop into the butterfly position to make a save.

Their study, completed as part of Dunne’s master’s thesis, revealed how a small shift in blade alignment positioned on the bottom of the skate helped the execution of a frequent movement among goalies: the butterfly drop.

“Hockey is a game of seconds,” said Lockwood. “Small tweaks in equipment can seem insignificant out of context, but in the high-speed sport of hockey — especially the execution of save techniques — it can mean the difference between a save or a goal.”

Goaltenders frequently use the butterfly technique. Dropping to their knees with their leg pads flared to the sides and flush with the ice, their body position resembles the shape of a butterfly and eliminates the most-likely targets for the puck to slide through.

Dunne, who has played the goalie position for many years at the minor pro and senior levels, said being able to drop down to the butterfly position faster is a big advantage between the pipes.

Over a three-week span, Lockwood and Dunne conducted trials on an xHockey Products synthetic ice surface located in Brock’s On-Ice Performance Lab run by Lockwood and the Neuromuscular Mechanics and Ergonomics Lab run by Associate Professor of Kinesiology Michael Holmes.

They found significant improvements to average butterfly drop velocity when they mounted the blade medially, meaning closer to the inside or big toe side of the foot.

“These results support our biomechanical understanding of how shifting the blade to the medial aspect of the boot would position the athlete to drop into the butterfly position quicker,” said Dunne, who is completing his PhD under the supervision of Lockwood and Holmes, further investigating the contribution of equipment to performance in hockey as well as other on-ice sports.

The goaltending study is in the process of being published in a sports engineering journal and is being distributed through industry magazines, newsletters and associations such the Society of Professional Hockey Equipment Managers. The result has been significant interest from the hockey world.

“We anticipate feedback to be forthcoming once the results hit the ice,” Lockwood said.