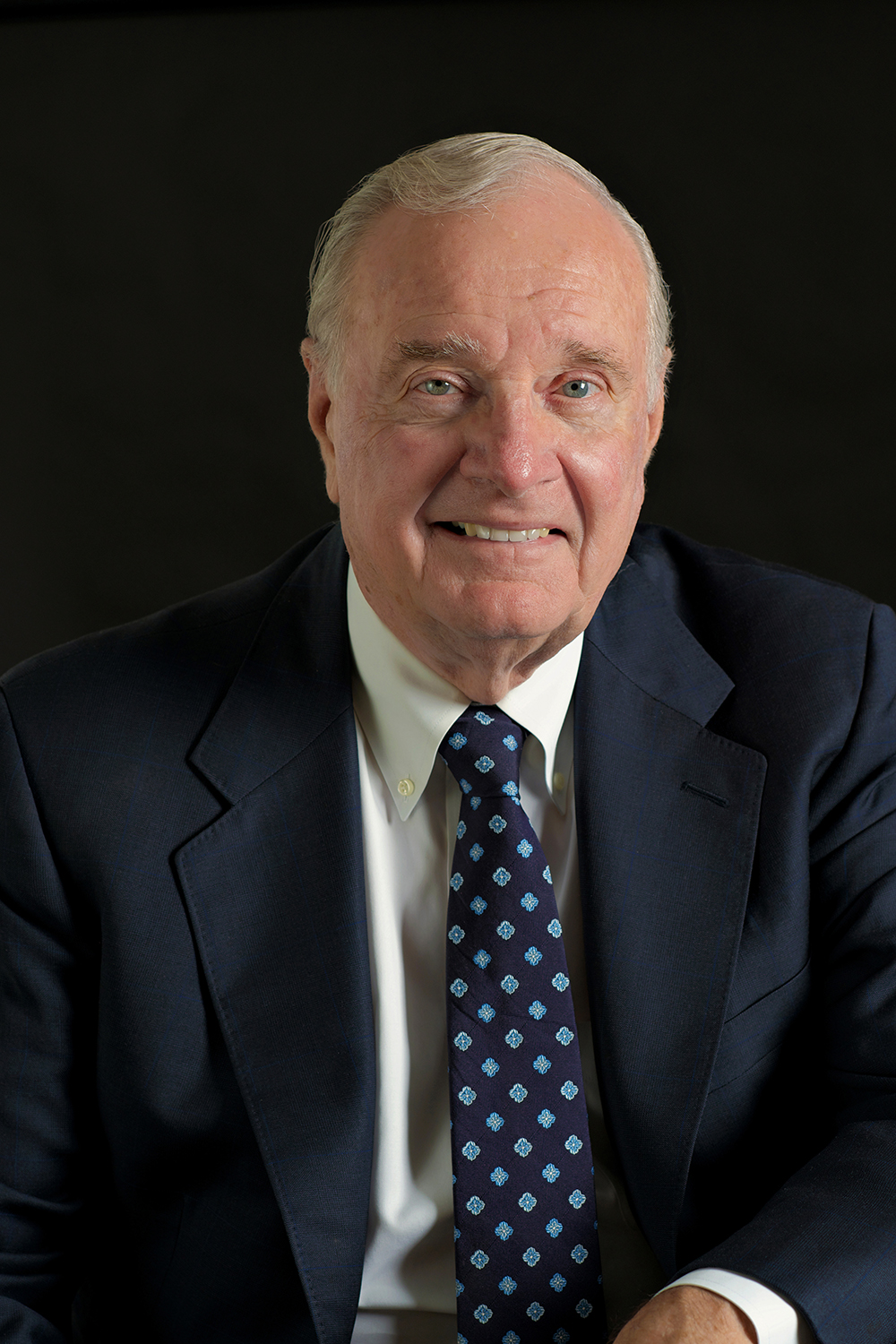 Former Prime Minister of Canada Paul Martin gave the Convocation address for Brock's 107th Convocation, which took place online for the first time in the University's history due to the COVID-19 pandemic.

While former Prime Minister the Right Honorable Paul Martin gave the Spring Convocation address to this year’s cohort of Brock University graduates from the comfort of his home, he still dressed up for the occasion.

After all, he had an important message to deliver.

Martin, who served as Prime Minister of Canada from 2003 to 2006, was one of five people to receive an Honorary Doctorate from the University during its 107th Convocation, which took place virtually for the first time ever due to the COVID-19 pandemic.

When he was first invited to address graduands at Convocation, Martin said he planned to speak to the need to advance co-operation between nations.

But since then, something more pressing demanded his — and the world’s ­— attention.

“It is now self-evident that the game has changed,” said Martin. “We’re dealing with forces that have challenged all of humanity. These forces are climate change and pandemic disease.”

The time is now, he said, that graduands must lead, noting that many are already on the frontlines of tackling climate change.

Martin, who also served as the Minister of Finance from 1993 to 2002, said a transition to a new economy is needed; in particular, one that has the environment written into its core.

“It’s high time we recognize, as did the Indigenous peoples before us, that we are part of nature,” he said. “We’re not above it. Climate change affects us all, no matter what the borders we have around us; no matter what citizenship we hold. And the battle will only be won if the world works together.”

As nations across the globe are inherently linked, the lack of efforts from some will not only stall those making strides and allow climate change and pandemic disease to persist, but will also cause the world to become even further divided, he said.

“While [pandemics] appear to be a more recent arrival than climate change, they are in fact humanity’s ancient enemy. There is no excuse for us to greet each pandemic as if it were a surprise.”

Martin was optimistic about the battle against COVID-19, but noted it can only be done by learning from our experiences and taking collective action, such as global data sharing, universal reporting mechanisms, international research and having adaptable industries prepared for pandemics.

He noted Brock as being an exemplary example.

“From making dress shirts to face masks, from building automobiles to making ventilators; a concept with which your University is expert, having turned its Makerspace into a production line for personal protection equipment (PPE), supplying the region’s frontline workers with the resources they desperately need,” said Martin.

He also said that dividing efforts “in the name of national sovereignty — ‘my country over yours’ — will not work,” and that “underfunding the World Health Organization, using it as a pawn in geopolitical power struggle, does nothing but cost lives and delay global recovery.”

“We will not win the wars ahead if we only win them within our own borders,” said Martin. “If the world does not cap global warming at 1.5 degrees across continents, climate change will not be cured. If COVID-19 is stopped only in the wealthier nations, it will not be stopped.”

Martin emphasized the importance of these lessons being not just applicable to climate change and pandemics, but in global humanitarianism, such as mass poverty and the suffering that persists in refugee camps.

He added that previous cohorts of graduating classes — for example, those who graduated in the mid-1940s — faced shaky economics and worked to create a new world and build some of the most prominent global institutions, such as the United Nations, World Bank and International Monetary Fund (IMF), “all of which made the world a safer place to be and gave us the longest period of economic growth and peace in modern history.”

“They did that in their time,” he said. “This is your time. And I know you are up for it. You are the next generation of leaders, of doers, of thinkers. And you’ve been educated in one of Canada’s great universities.”

While the battles of the past have been of military forces, economic prowess and global dominance, Martin said graduands must prepare to fight climate change, pandemic disease and for the future of humanity.

“I believe you are our best chance to win the battles that lie ahead,” he said, adding that it is only made possible by working collaboratively and thinking globally.

“You and your generation here in Canada and all over the world must rise to the great challenges that lie ahead,” said Martin. “These are your challenges, and I know you’re up for them. As you leave university, I know that you will exemplify Brock’s motto: Push on. Push on to a better future. Push on to a better world. With that, I would like to congratulate you all today and I would like to thank you for what you will do tomorrow.”