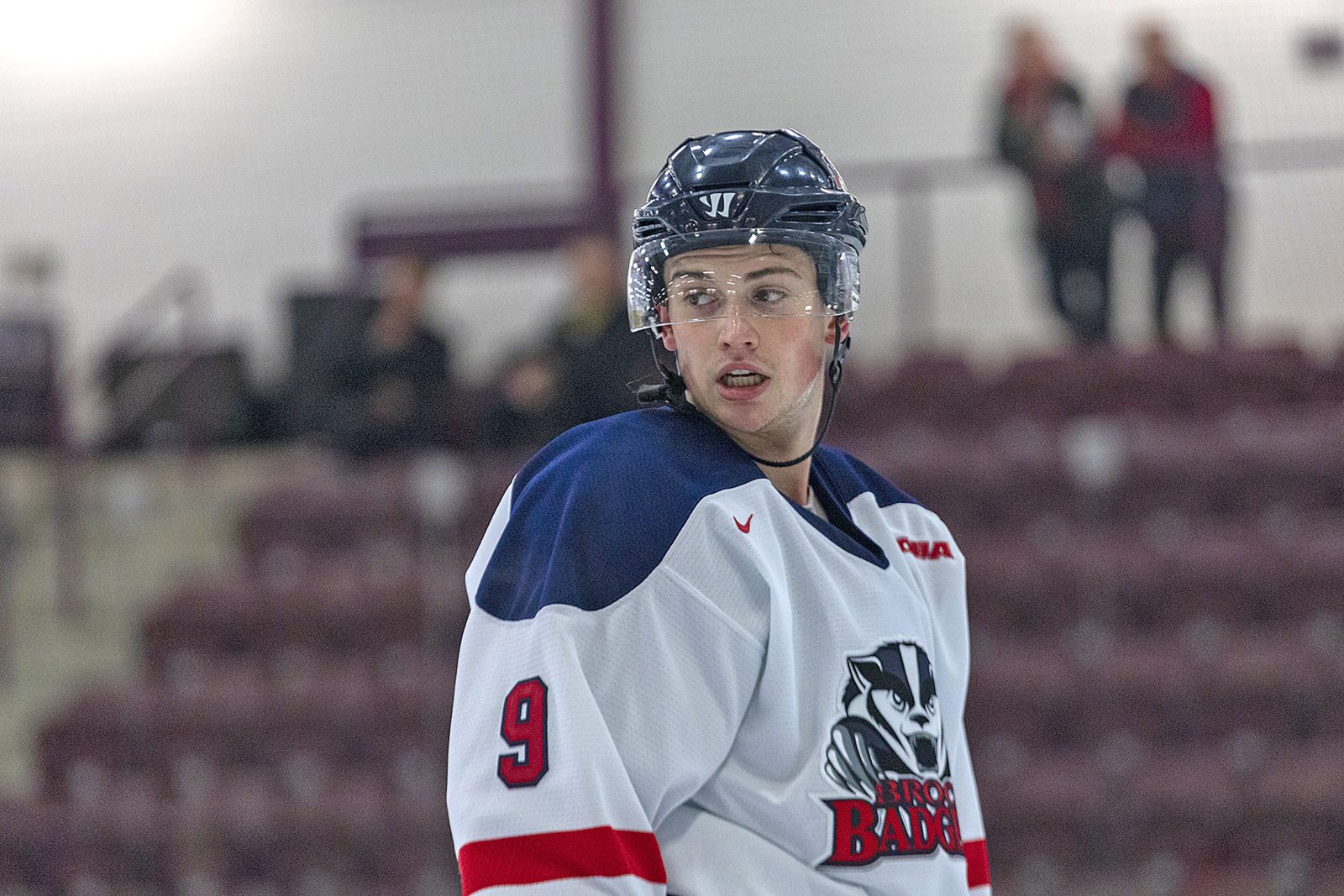 A member of the Brock men’s hockey team who will graduate with a Business degree Friday, June 19, is heading to Europe to play professional hockey after five years with the Badgers.

Skylar Pacheco signed a pro contract to play for the Amiens Gothics of the Ligue Magnus, the top division of men’s hockey in France.

Having grown up in the small B.C. town of Kitimat, Pacheco has never been to France, but is looking forward to learning the language and exploring the country.

“I’ve been thinking about downloading one of those language apps and trying to get some words down. All I have right now is ‘bonjour,’” said Pacheco. “I’ve seen some pictures of old cathedrals around the city, so I think maybe touring those would be interesting.”

A city in northern France, Amiens is known for its historical heritage and is home to the Cathedral Basilica of Our Lady of Amiens which was built in the 13th century.

Pacheco wanted to continue playing hockey after university, but wasn’t sure where he would end up. An agent approached him during his final Ontario University Athletics season with the Badgers. Soon, teams from Europe began showing interest in the 25-year-old defenceman.

“We ended up landing on Amiens’ offer,” said Pacheco. “I always wanted to play pro in Europe after school, so I’m really excited to get over there.”

Pacheco joined the Badgers in 2015 and scored 18 goals and 66 points in 131 regular season games. In 2017-18, he became a critical part of the Badgers’ effort in manufacturing goals during a playoff run under head coach Marty Williamson, who was new to the team at the time.

“When Marty came to the program, he turned things around so quickly and made us into a national-calibre team,” said Pacheco. “He helped my game improve so much in every area and brought back some passion in me that I may have lost along the way.”

“Sky had a fantastic career with Brock. He’s one of the most competitive players I’ve ever coached,” said Williamson. “He gives everything he has on every shift. Combine that with a good hockey IQ and that’s what makes him a coach’s dream.”

Pacheco spent four years developing his craft of being a responsible, offensive defenceman in the British Columbia Hockey League from 2011-15. After three seasons with the Prince George Spruce Kings, he was traded to the Cowichan Valley Capitals, where he posted a career-high 44 points. The Badgers were happy to bring him to Ontario shortly after that campaign.

Pacheco credits his dad, Donald, with much of his success.

“My dad taught me the importance of hard work and dedication if I was going to do something and made me a tougher person in life and hockey,” said Pacheco. “He’s someone I’ve always looked up to. He coached me in hockey since I was four years old right up until I left home to play junior, so he’s had a huge impact on me. He’s always the first call I make after games or when I need advice.”

“I think the athletics department has done a great job for student-athletes,” he said. “I enjoyed meeting new people and playing on a team helps you immediately gain new friendships. I had a blast throughout the years with my teammates. I’ll miss putting on the Brock jersey.”