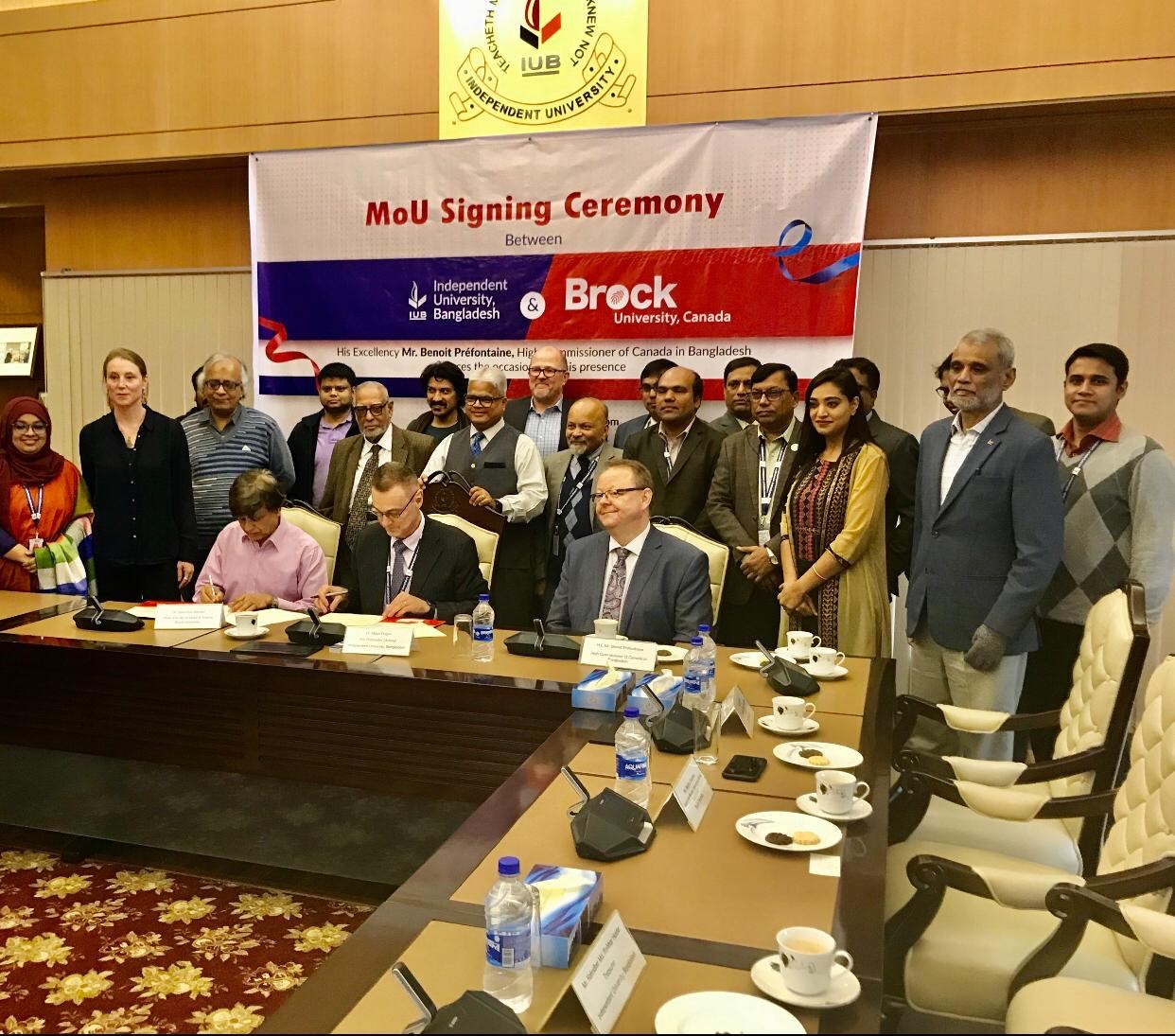 Ejaz Ahmed has been on the move.

The Dean of Brock University’s Faculty of Mathematics and Science has been travelling around the world to collaborate with new universities.

The initiative he’s championing, called Brock International Enterprise, seeks to partner with universities in new and meaningful ways to enhance the global footprint of Brock and bring exciting ideas and talented students to Canada.

Ahmed’s first port of call was the Independent University, Bangladesh (IUB), where he was joined by Leigh-Ellen Keiting of Brock International Services and Benoit Préfontaine, High Commissioner of Canada in Bangladesh.

Alongside IUB board of trustees member Quaiyam Khan, Ahmed and Milan Pagon, IUB’s Vice-Chancellor (acting) formalized the partnership by putting pen to paper on a Memorandum of Understanding (MOU) between their respective institutions.

The MOU establishes a commitment of academic and cultural collaboration. The universities will share research, grants and educational materials as well as participate in an exchange program, where students will get to experience the cultural diversity both Brock and IUB have to offer.

The Faculty will begin the exchange within the bachelor of science in Computer Science and Engineering program and aim to expand to other programs in the future. Both universities have a strong computer science interest, with high-level research potential, making it a natural place to begin the collaboration.

Ahmed’s second stop was at Bangladesh’s North South University (NSU), which is the first privately funded university in the country.

After signing an MOU with NSU’s Pro Vice-Chancellor, Ismail Hossain, Ahmed noted the quality of research potential at NSU and the potential the newly signed agreements offered.

“MOUs are an excellent way to begin a relationship between institutions,” said Ahmed. “They create a framework that can lead to many years of knowledge exchange. They make both universities stronger and wider reaching, and the students who participate earn a broader vision of the world and the issues we all face.”

The two new MOUs join an earlier International Enterprise Tour agreement under Ahmed’s watch that took place in August with the University of Malaya in Malaysia.