Greta Gerwig’s Little Women up next at BUFS 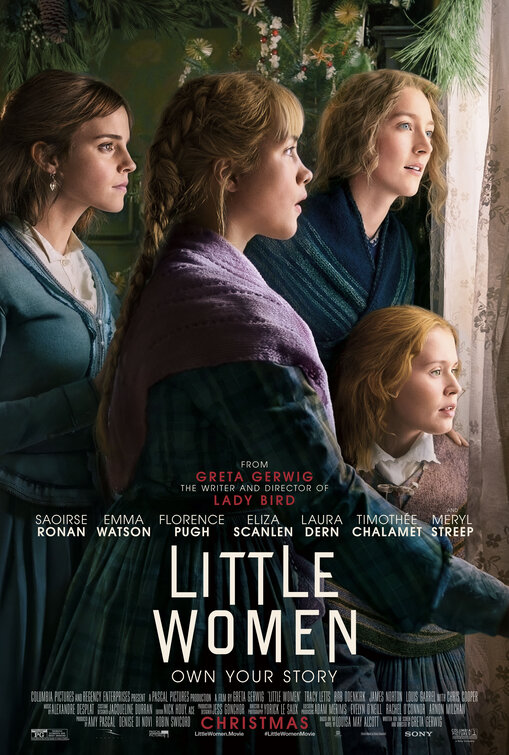 Coming up on Thursday, Feb. 20 at BUFS, one of the best casts assembled in 2019 tells one of America’s most beloved stories, Little Women.

The film, which is the eighth feature-length adaptation of Louisa May Alcott’s Civil War era story, takes a novel approach — both in the sense that its starting point and shifting timeline are unexpected, and in the sense that Alcott’s novel itself becomes a pivotal element of the narrative. In writer-director Greta Gerwig’s version, the story of the author becomes bound up in the story of the four March sisters in order to pull back the curtain on the subtext of the classic book.

“In her buoyant adaptation of Little Women, Greta Gerwig demonstrates her love for Louisa May Alcott’s 1868 novel in every scene, as well as something more enlivening: a drive to add her own, modern sensibility — to tease things out of the story of Jo March and her three bright-eyed sisters that no one has before,” says David Edelstein of Vulture. “That Gerwig in only her second feature film manages to meet the likes of Alcott partway is a blooming miracle.”

The film has been showered with awards and nominations, taking home an Academy Award for Best Costume Design after being nominated for Best Actresss, Supporting Actress, Adapted Screenplay and Picture of the Year.