Catch The Good Liar at BUFS 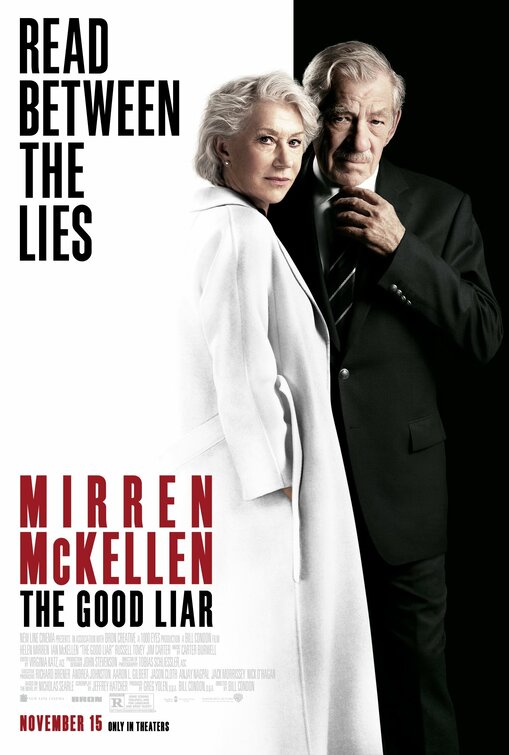 Con man Roy meets retired Oxford professor Betty through an online dating service. By the end of their first dinner date, they have both confessed that they lied in their profiles, yet they begin a companionship that progresses too quickly for the liking of Betty’s grandson, Stephen. Roy delights in the sheer thrill of the game when it comes to fleecing his marks, but we soon learn that he doesn’t flinch from more serious crimes, either. Luckily, Betty is not as naïve as she first appears.

“Through it all… Mirren and McKellen never waver,” says Kenneth Turan of the Los Angeles Times. “Smooth at being smooth, their conviction always convinces us, and their ability to register multiple subtle changes of emotion is consistently impressive. They are, in the final analysis, actors playing actors pretending not to be actors, and that is something to see.”

Based on Nicholas Searle’s bestselling novel, The Good Liar marks the first time that the 80-year-old McKellen and 74-year-old Mirren have appeared together in a film.