FACULTY FOCUS: Why Robyn Bourgeois is an open book 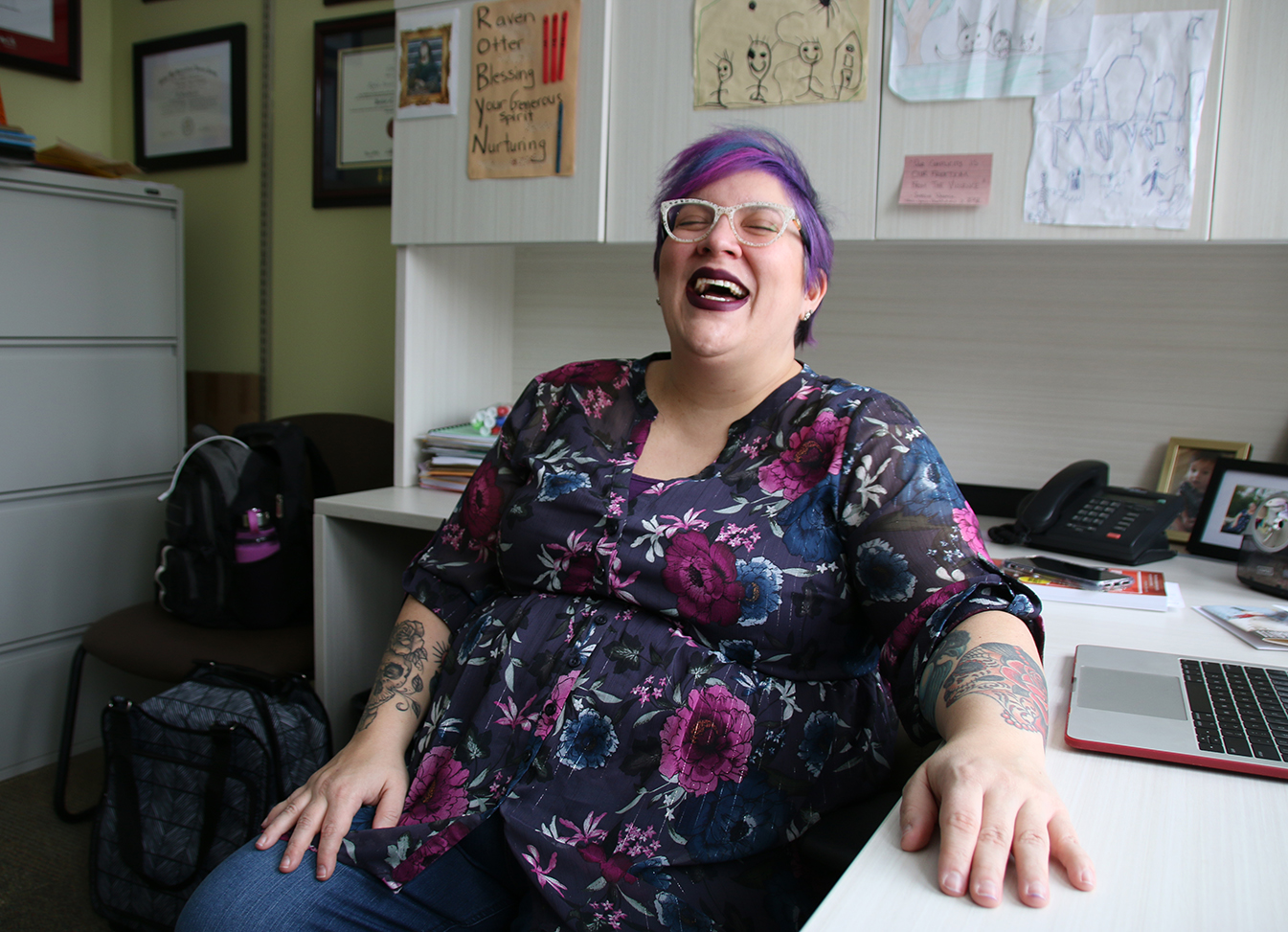 Assistant Professor Robyn Bourgeois’ work focuses on Indigenous feminisms, violence against Indigenous women and girls, and Indigenous women’s political activism and leadership. As a mixed-race Cree woman who is a survivor of sex trafficking, her work is deeply personal.

Robyn Bourgeois is many things — an academic, activist, mother, partner, survivor, to name a few.

Perhaps more than anything, the tattoo-clad, leather-loving assistant professor in Brock University’s Department of Women’s and Gender Studies is unapologetically herself.

“I’m pretty much an open book,” says Bourgeois, who is originally from the Syilx and Splats’in territories of British Columbia. “I’m a badass, and I want to be the best version of myself. That means there has to be the tattoos and this working-class vernacular.” 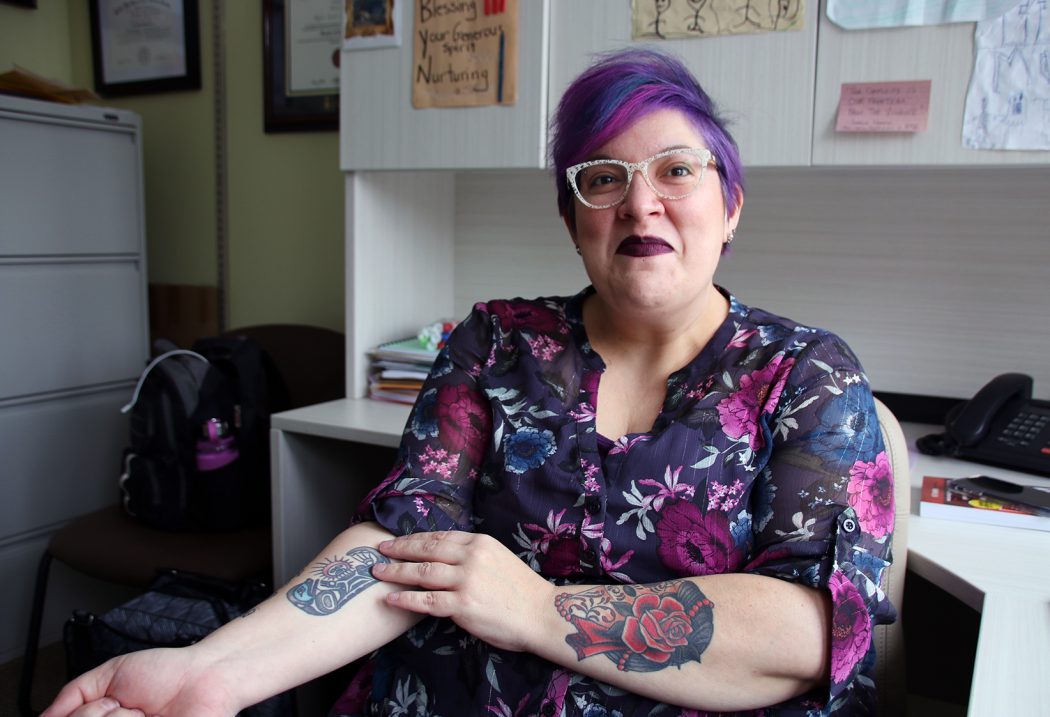 Bourgeois’ work focuses on Indigenous feminisms, violence against Indigenous women and girls, and Indigenous women’s political activism and leadership. She also researches sex trafficking and sexual exploitation and is currently working on a survivor-led research project with the YWCA of Niagara.

As a mixed-race Cree woman who is a survivor of sex trafficking, Bourgeois’ work is deeply personal.

“My research is a hard conversation,” she says. “I got a second chance in my life and decided I would use it to try and stop what happened to me from happening to other people. I try to be the person I needed in my darkest hours.”

In 2018, Bourgeois testified for the National Inquiry into Missing and Murdered Indigenous Women and Girls. She credits her culture with saving her, keeping her Indigenous heritage and teachings at the centre of her self-care plan.

“My story is really muddy and dark, because not only did I survive sex trafficking, but I was also an opioid addict,” she says. “When you’ve seen the worst in the world, and survived it, everything else in life kind of pales in comparison. A lot of things don’t bug me. I’m like, ‘I’m alive, I’m free… I can deal with this.’”

She also has a strong support system, which includes her family, a sisterhood of survivors, as well as families of missing and murdered Indigenous women and girls.

Bourgeois was the first person in her family to go to university. She says she carved a space for herself in academia, but didn’t always feel like she belonged.

“I remember meeting people who had either gone to private schools or had families with access to post-secondary,” says Bourgeois of her time as an undergraduate student at Okanagan University College. “They would talk about all these authors and I felt so far behind the knowledge they had.”

Desperate to fit in, she took a summer off from working — costing her “dearly” — just to read the books her peers talked about.

It wasn’t until she started her PhD in Social Justice Education at the University of Toronto that things started to change. For the first time in her entire academic career, she was no longer the only Indigenous person in her classes. 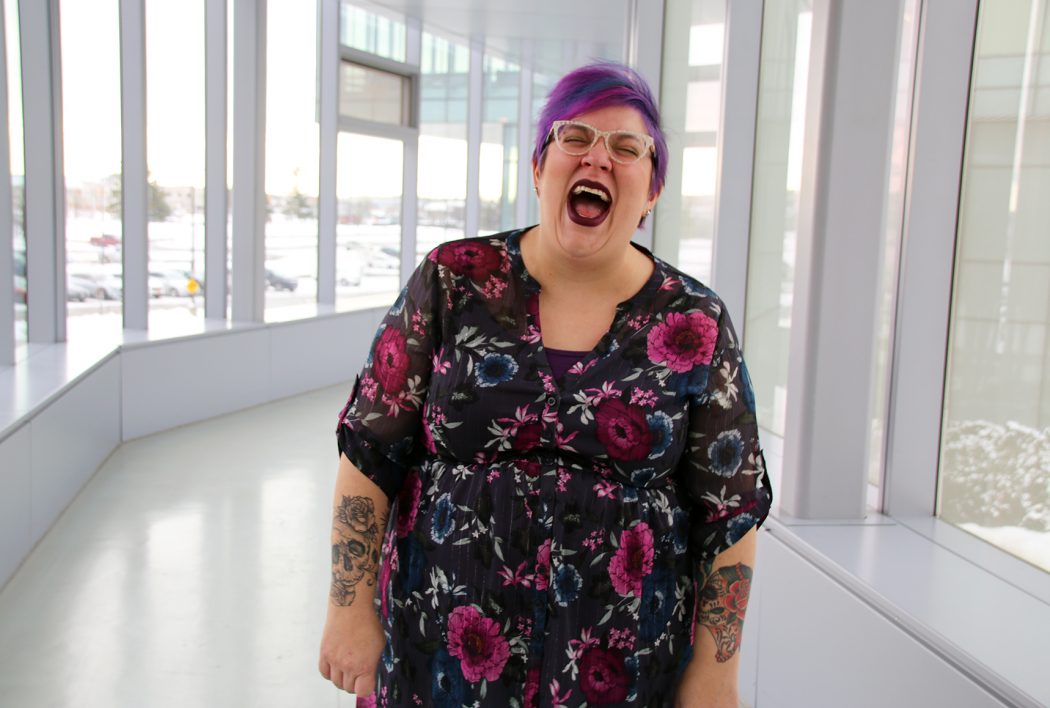 When an opportunity to be an assistant professor at Brock came up, she decided to go all-in as the “true, badass Robyn.”

Her ability to be embraced as her true self is one of her favourite things about being woven into the University community.

“I remember going to the interview for Brock and I was totally rock and roll,” she says. “I had my leather jacket on. I wore jeans. I decided not to be anything other than myself.”

Some of Bourgeois’ recent accomplishments at the University include being a recipient of the 2019 Chancellor’s Chair for Teaching Excellence, Faculty of Social Sciences Award for Excellence in Teaching and Accessibility and Inclusion Recognition Award.

“Trauma became a source of strength for me,” Bourgeois says. “It’s a journey. I’ve got this chance, this education, this room full of people who listen to me. I just go with it.”