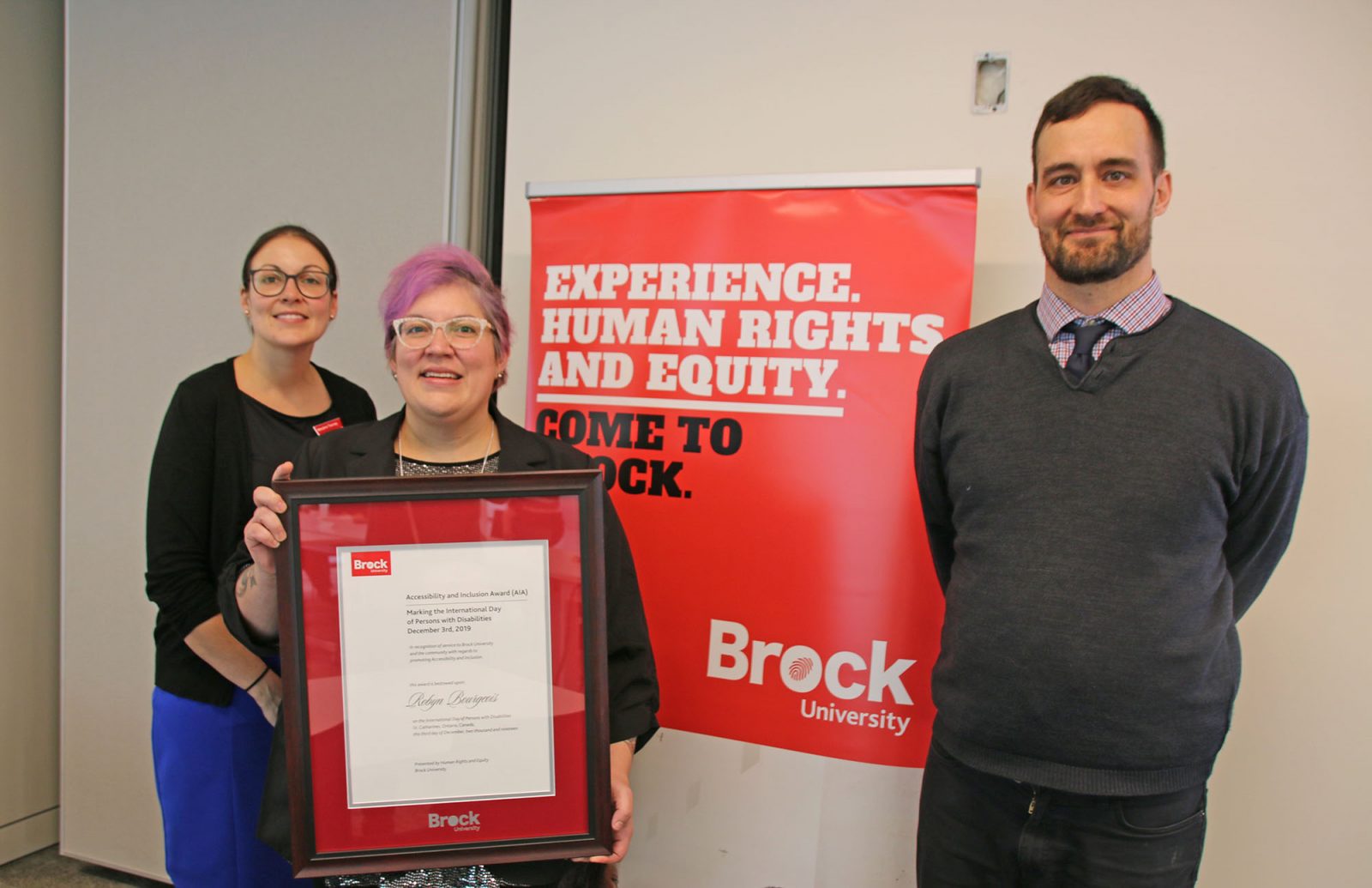 The award, given annually at Brock University on Dec. 3 in alignment with International Day of Persons with Disabilities, was created as a way of sparking dialogue to remove barriers that limit access to equality.

Bourgeois, an Assistant Professor in the Department of Women’s and Gender Studies, didn’t know she had been nominated for the award until she was told she won, which she calls “the highlight of my career at this point.”

“When I got the news, I bawled,” says Bourgeois. “As someone who didn’t always feel like university was a place where I could be, to be recognized for my role in inclusion and accessibility means the world. I decided that when I became a professor I would change that for people and find a way, whether it be little things in my class or in the community, to do everything I could to make everybody feel like this is a place for them.”

Christopher Lytle, Accessibility and Inclusion Advisor for the Office of Human Rights and Equity Services, calls Bourgeois a “community activist” whose work has ensured that Indigenous peoples — particularly women — “have the same sort of footing as their peers, which was a very large component in our decision.”

“Robyn is doing a lot of work to ensure that the end of violence towards Indigenized women is a high priority,” says Lytle, adding that the AIRA is a great opportunity for Brock to lead the way in human rights and equity.

“We want to have open discussions about how ableism is impacted by things like racism, sexism and misogyny,” he says. “Disabilities are intersectional. Why not have those conversations and why not start at Brock?”

The event was co-sponsored by the Ontario Secondary School Teachers’ Federation and Brock’s Student Accessibility Services.