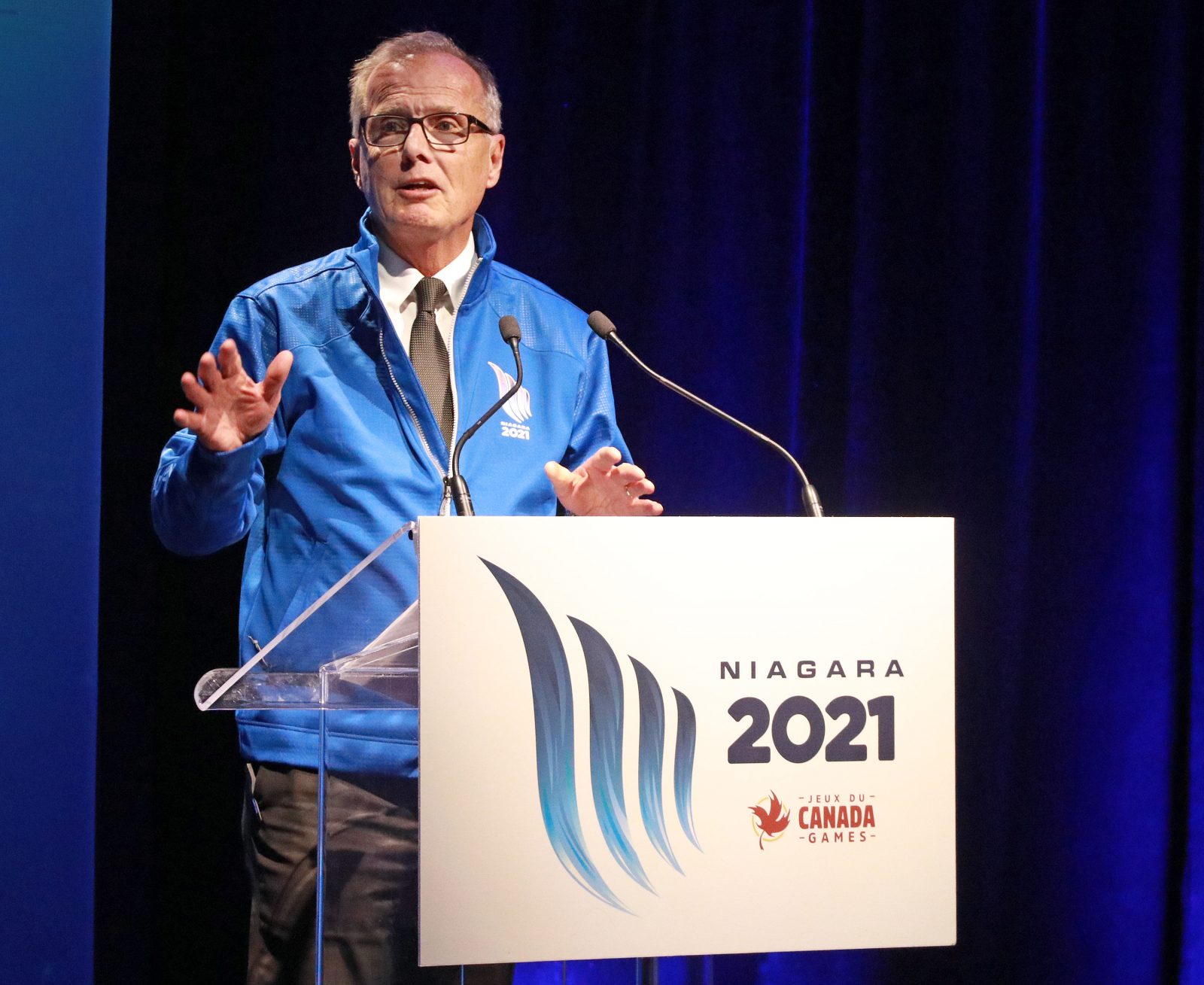 Brock University Board of Trustees Chair Gary Comerford speaks at the groundbreaking event for Canada Games Park on Monday, Dec. 16.

Canada Games Park will be a lasting legacy of the 2021 Canada Games and, as a key partner in the project, Brock University is proud to have the athletic facility being built on its campus.

Brock Board of Trustees Chair Gary Comerford summed it up well during the Canada Games Host Society’s groundbreaking ceremony on Monday, Dec. 16 when he said getting to this point was a team effort.

“As we started this journey, it was a thought, a little crystal of an idea,” said Comerford. “We had no idea it would end up where it has, but it takes people with vision, stamina and guts to make it happen. At the end of the day, everyone came through.” 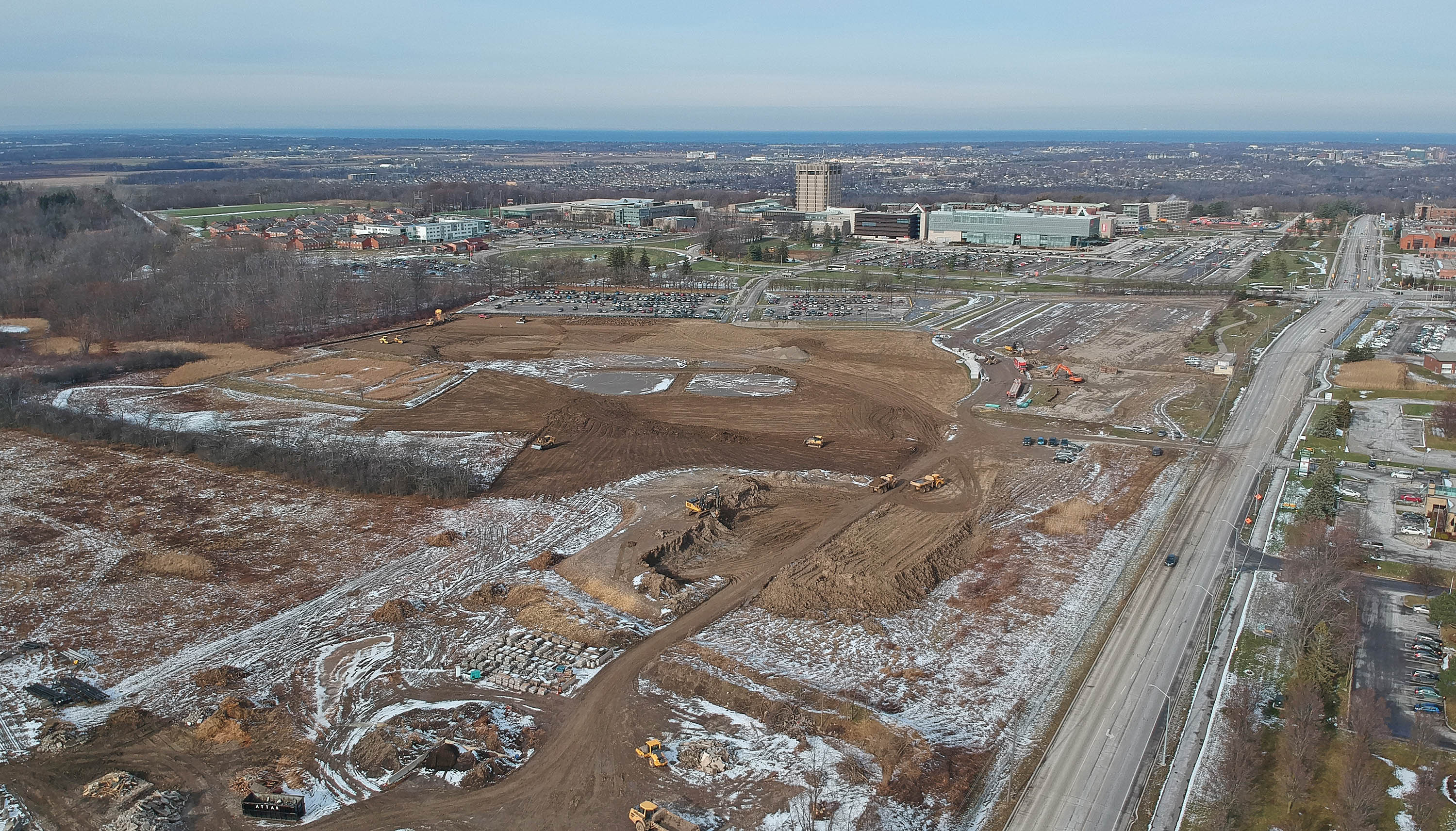 An aerial view of the southern portion of the Brock University campus where work is now under way to build Canada Games Park.

The complex is being built by Aquicon Construction on the southeastern corner of Brock’s main campus. The land, valued at approximately $12 million, is part of Brock’s in-kind donation to help stage the Games. It has previously housed part of Brock’s parking lot, baseball diamonds and unused green space.

“This new legacy facility is going to bring our community onto the Brock campus. It’s going to share with our community here in Niagara the spirit and the education that can only be realized on a campus like Brock’s,” Comerford said. 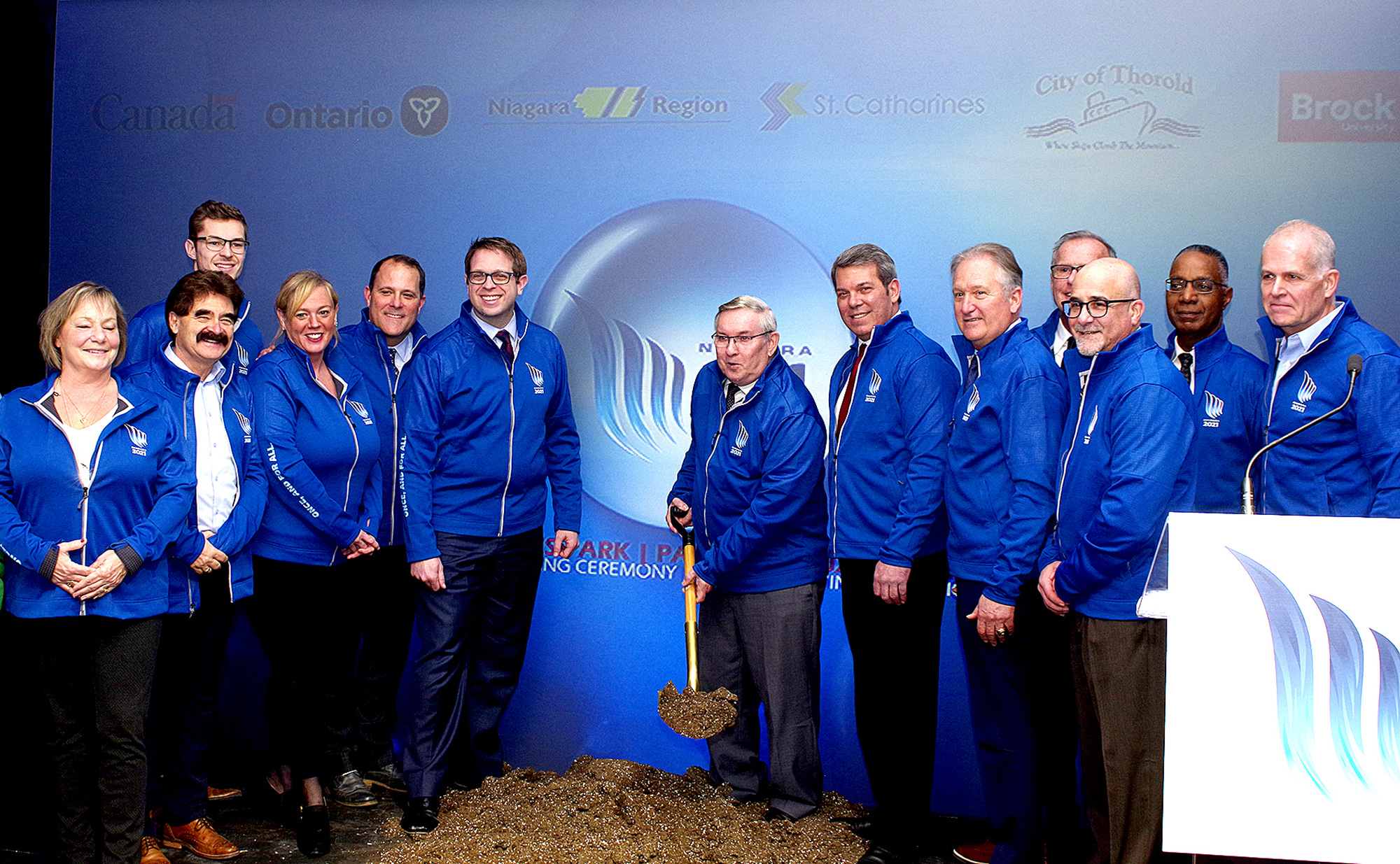 In addition to housing two ice rinks, a gymnasium, an outdoor track, cycling centre and beach volleyball courts, Canada Games Park will also have room for Brock research activities and will be home to the Brock-Niagara Centre for Health and Well-Being.

During the Games from Aug. 6 to 21, 2021, Brock will be heavily involved as a host of the Athletes’ Village, where the competitors and coaches will be housed, as well as hosting swimming and other events.

But the University is also taking an academic approach.

“We’re making this a research games in a way that no Canada Games has been before,” said Vice-President, Research Tim Kenyon. “It’s about the community, about Brock University and about bringing the talent and insight of our researchers into the entire games ecosystem.”

Funding is now available to help Brock faculty members who either want to take on Games-related research projects or teach related content in their courses. The University has also created the Brock University Volunteer Association as a way to encourage students to get involved in the 2021 Canada Games and other community events.