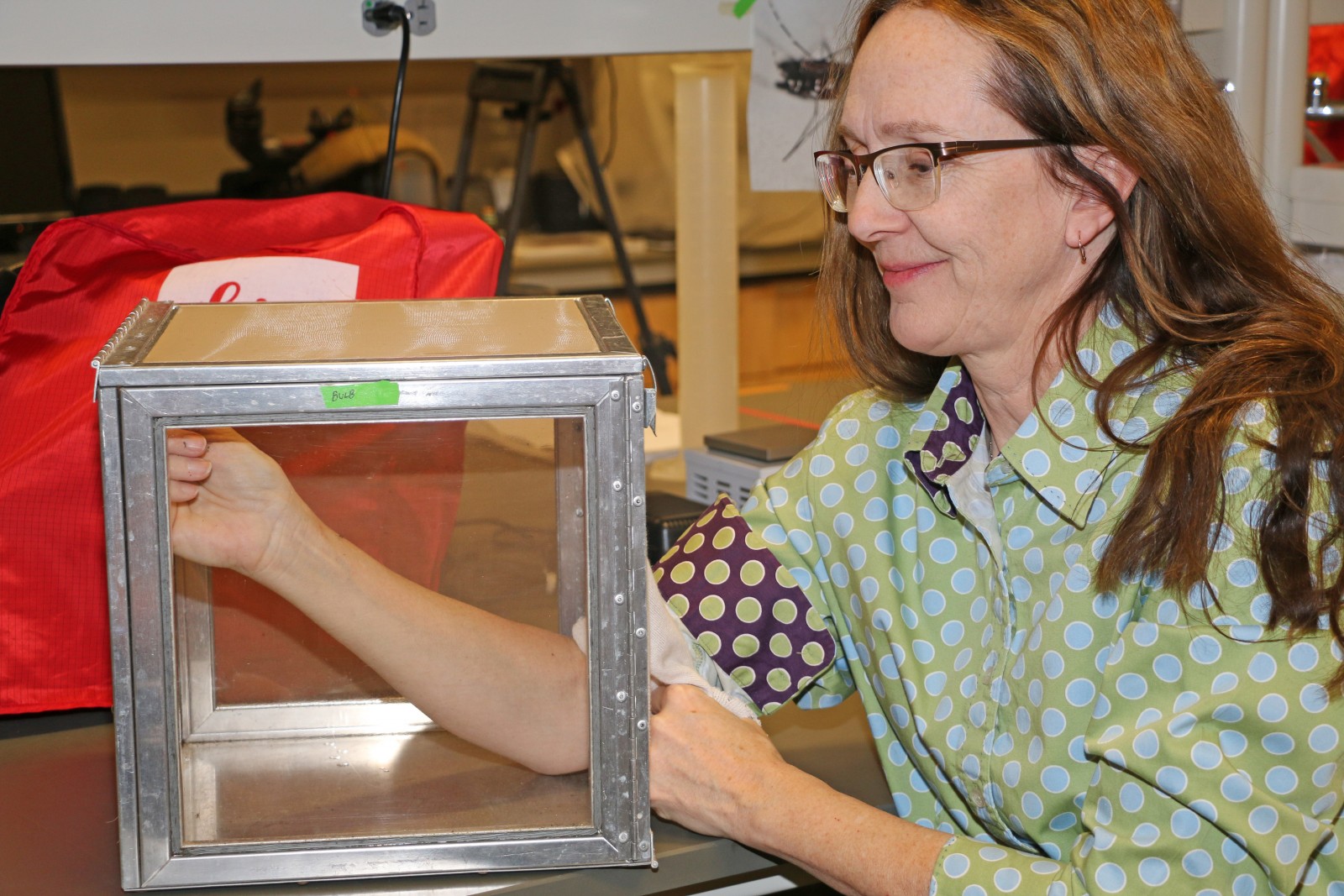 Brock University researcher Fiona Hunter allows non-infected mosquitoes to feed on her arm during a demonstration for the media.

Brock to help Pelham seniors get fit: The St. Catharines Standard wrote about an upcoming partnership between Brock University and the Town of Pelham. The program will see Brock staff and Kinesiology students offering fitness classes to seniors over the age of 55 at Pelham’s Meridian Community Centre.

Nowhere to go: Girls can still dream in wake of CWHL’s collapse, just not too big: Associate Professor of Sport Management Julie Stevens spoke with the CBC about shifting the conversation around professional women’s hockey from a social cause focused on equity and gender balance in the sport to a business cause that attracts investment from venture capitalists.

Demise of Canadian cannabis website a symptom of failed dreams: Associate Professor of Operations Research Michael Armstrong talked to the CBC about the boom and bust cycle that is taking place within the Canadian cannabis industry a year after legalization. Armstrong also discussed the normalization of retail cannabis sales in a Cape Breton Post article and the move towards privatized cannabis sales in New Brunswick in a Global News feature.

The little sea kingdom that could: Research about the British Isle of Man by History Professor Andrew McDonald and the Prestigious award nomination it led to were discussed in a St. Catharines Standard article about McDonald’s book The Sea Kings: The Late Norse Kingdoms of the Man and the Isles c. 1066-1275.