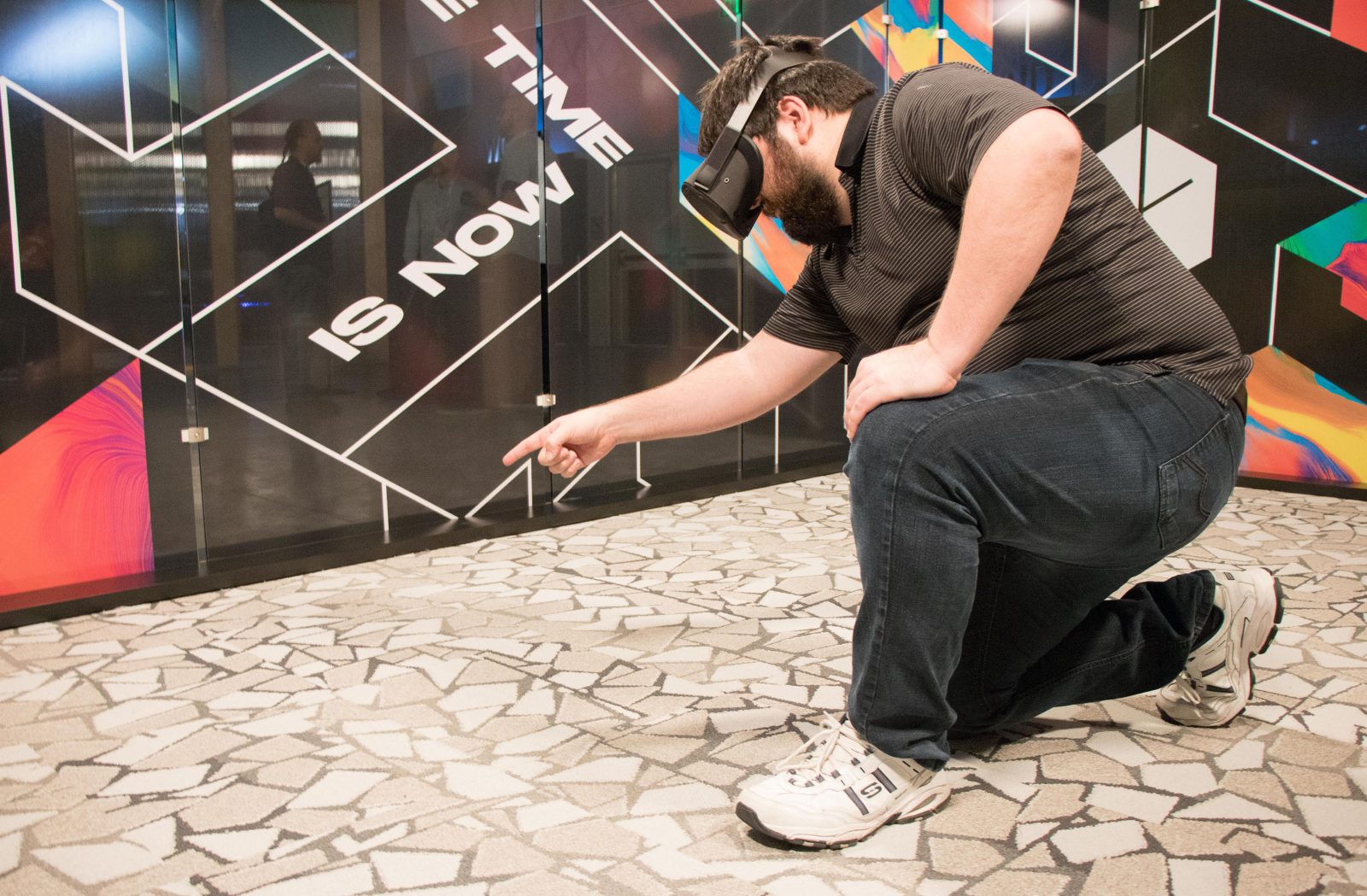 The Silicon Valley might be more than 4,200 kilometres from Brock University, but a group of fourth-year GAME students are sharing their learnings from an international VR conference with peers on campus.

Adam Henderson, Gábor CSeh and Mehran Mansour-Feizi were three of the Digital Details team members who attended OculusConnect in San Jose, California at the end of September. Now, they’re sharing their experience with other students in GAME and Interactive Arts and Science (IASC).

“There were a lot of things in the OculusConnect workshops that we were, ‘Hey, I know that — I do that,’” says Henderson. “It’s encouraging to see that even the big developers on new frontier technologies are doing the same things we’re being taught. What we’re learning is going to actually be useful when we graduate.”

CSeh and Henderson were particularly inspired by the future of VR technology, which goes beyond video games. Companies like NASA, Nestlé, Ford and Walmart use VR for product development, employee training and building empathy and compassion, as well as in the medical field to train surgeons.

“For the first time, there’s an upward curve of people buying and staying with VR, so there’s space for game developers to get in there,” says Henderson. “If they get in there now, they’ll be on the front lines of it. Now’s the time to do it.”

CSeh, who is interested in the future integration of AR/VR into everyday life, looks forward to sharing the emotion workshop he attended in San Jose with his peers, highlight that “emotion is really important in video games” and that “aesthetics matter.”

One lesson the students are well-versed in is the importance of applying for opportunities, even if you think you won’t get them.

“You have to be willing to put yourself out there,” says Henderson, who credits teammate Kyle Jones for the team’s application. “Otherwise, none of this would have happened.”

The group was invited to be a part of the Oculus Start program on the strength of the VR game they made for their third-year capstone project, Magehem. The team, consisting of Henderson, CSeh, Mansour-Feizi, Kyle Jones, Caldon Bowden, Nick Anger, Robbie Jolley, Mervin Hocson and Dylan Doyle, was accepted immediately.

In addition to receiving mentorship and support through Oculus Start, the students were given free passes for the VR giant’s annual global conference and accommodations.

Facebook-owned Oculus is the global leader in VR technology and fosters new VR developers through their Oculus Start program.

The GAME program is a collaboration between Brock’s Centre for Digital Humanities and Department of Computer Science and Niagara College. Students complete courses at both institutions towards either a BSc or a BA from Brock and a diploma in Game Development from Niagara College.

“GAME Program Goes International: 6 Lessons Learned from Convention Adventure” will be held Wednesday, Oct. 23 at 11 a.m. The workshop is free, but pre-registration on ExperienceBU is required.