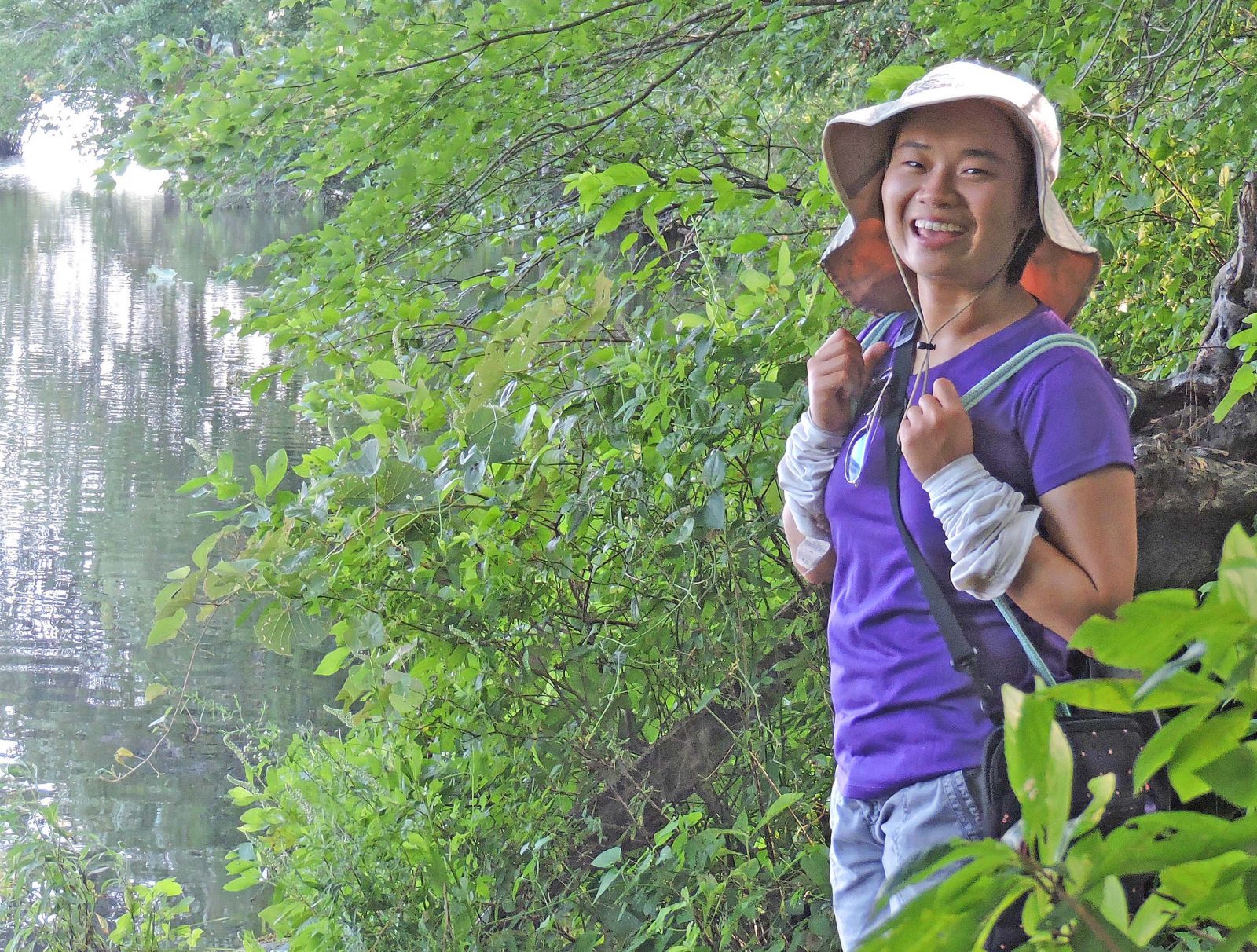 During her Master of Sustainability program at Brock University, Lyn Brown (MS ’19) created the Niagara Region Aquatic and Riparian Invasive Species Control Database, which lists activities by organizations and groups in Niagara that manage invasive plant and aquatic species.

They hitch rides on the soles of people’s shoes and in water carried and dumped by ships, enabling them to sneak through borders undetected.

Once in their new homes, they destroy their neighbours by crowding them out, passing along diseases or even poisoning nearby plants, sometimes leading to major landscape transformations.

Plants and animals being introduced on purpose, or inadvertently into new environments, can have harmful impacts on native ecosystems.

During her Master of Sustainability program at Brock University, Lyn Brown (MS ’19) learned all about the dangers of invasive species.

As part of her thesis, Brown created the Niagara Region Aquatic and Riparian Invasive Species Control Database, which lists activities by organizations and groups in Niagara that manage invasive plant and aquatic species.

The initiative includes an interactive GIS map to show the locations of control efforts, and the database itself can be searched by invasive species, control type, control effectiveness or organization.

“The overarching goal of this database was to make a resource that could be an information and networking tool for organizations in the Niagara region,” says Brown. “This forms a first-ever baseline of what’s being done to control invasive species in Niagara so that organizations can assess the effectiveness of what they’re doing now and plan future management strategies more efficiently.”

Most of the database’s 86 entries consist of plants that come from other parts of the world. Among the most common in Niagara are phragmites, and common buckthorn originating in Eurasia; as well as purple loosestrife, native to Europe and Asia. Asian carp, zebra mussels and quagga mussels are included as invasive riparian species.

Brown, who now works for the U.S. Fish and Wildlife Service, says she first became passionate about the issue of invasive species as an undergraduate student.

She realized that invasive plant and animal species cause a host of negative effects, including starving native plants and animals by consuming their food sources, preying on native species, disrupting agricultural activities and lowering property values.

“Invasive species are great at spreading and growing,” says Brown. “They basically take over habitat, displacing many native species and further endangering native species that are already threatened.”