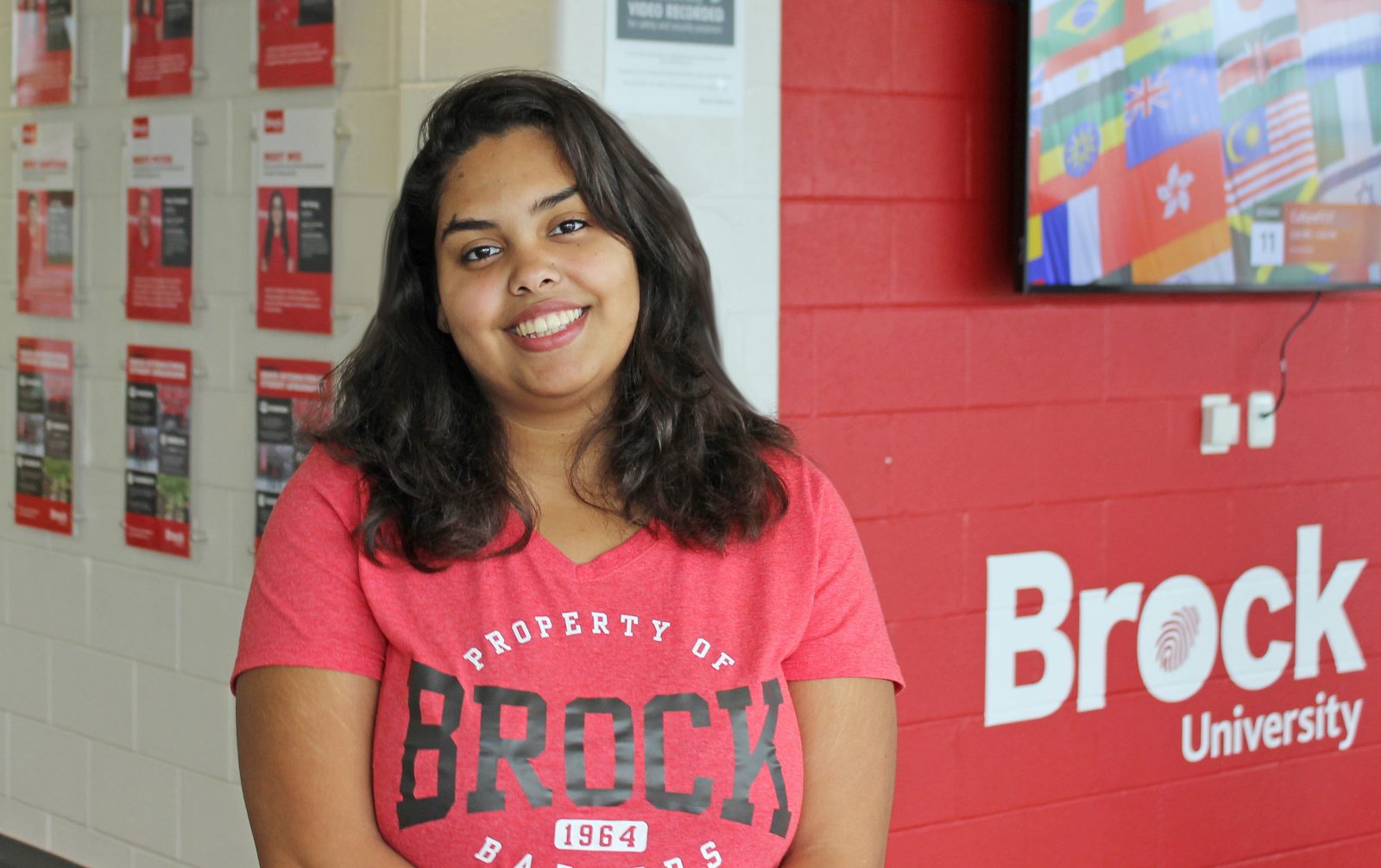 Waed Hasan, a third-generation refugee from Palestine who lived in Lebanon, received a scholarship from the Daughters for Life Foundation to complete her master’s degree in English at Brock.

As a third-generation refugee from Palestine living in Lebanon, Waed Hasan knew that if she wanted to pursue higher education, she was going to need support.

“I was one of the lucky ones that got to go to good schools, but we were not of economic status that would have allowed me to go to a good university in Lebanon,” said Hasan.

She started looking at scholarships catering to Palestinian refugees, one of which was the Daughters for Life Foundation. The foundation provides scholarships and awards for young women of any Middle Eastern nationality, regardless of their religion, ethnicity or background, to enable them to pursue studies that would otherwise be inaccessible.

The foundation is led by Nobel Prize nominee Dr. Izzeldin Abuelaish, a Palestinian physician and renowned peace activist, who created the organization after three of his daughters were killed in Gaza in 2009.

Brock University’s initial agreement with Daughters for Life Foundation was signed by former University President Jack Lightstone in 2016. That same year, Abuelaish was given an honorary doctorate from Brock.

Both Hasan and the Daughters for Life Foundation believe that creating lasting peace in the Middle East depends on the empowerment of girls and young women through education.

“The only form of empowerment you have, specifically as a female refugee, is education,” said Hasan.

During her undergraduate degree, Hasan became an avid writer, where she “started to pursue things as a writer that I would not have done back home.” She also presented at two national writing conferences, served as the co-managing editor of a newsletter and was published with Z Publishing House and the Ocotillo Review.

After graduation, Hasan was determined to pursue her master’s degree in English. With the support of the Daughter’s for Life Foundation, she was accepted into Brock, where she is now in her second month of studies.

“My visit to Brock was what sold me,” said Hasan, who highlighted the high level of effort the program put into her visit, where she was able to sit in on a class and meet with professors and students in the program.

“To understand Brock, you have to experience it,” said Hasan. “The classes are more global — they don’t just focus on one area of the world. I feel the sense of community at Brock, which I did not expect in a school with 19,000 students.”

Currently serving as a teaching assistant for introductory English classes, Hasan hopes to continue her pursuit of higher education with aspirations of completing a PhD and becoming a professor.