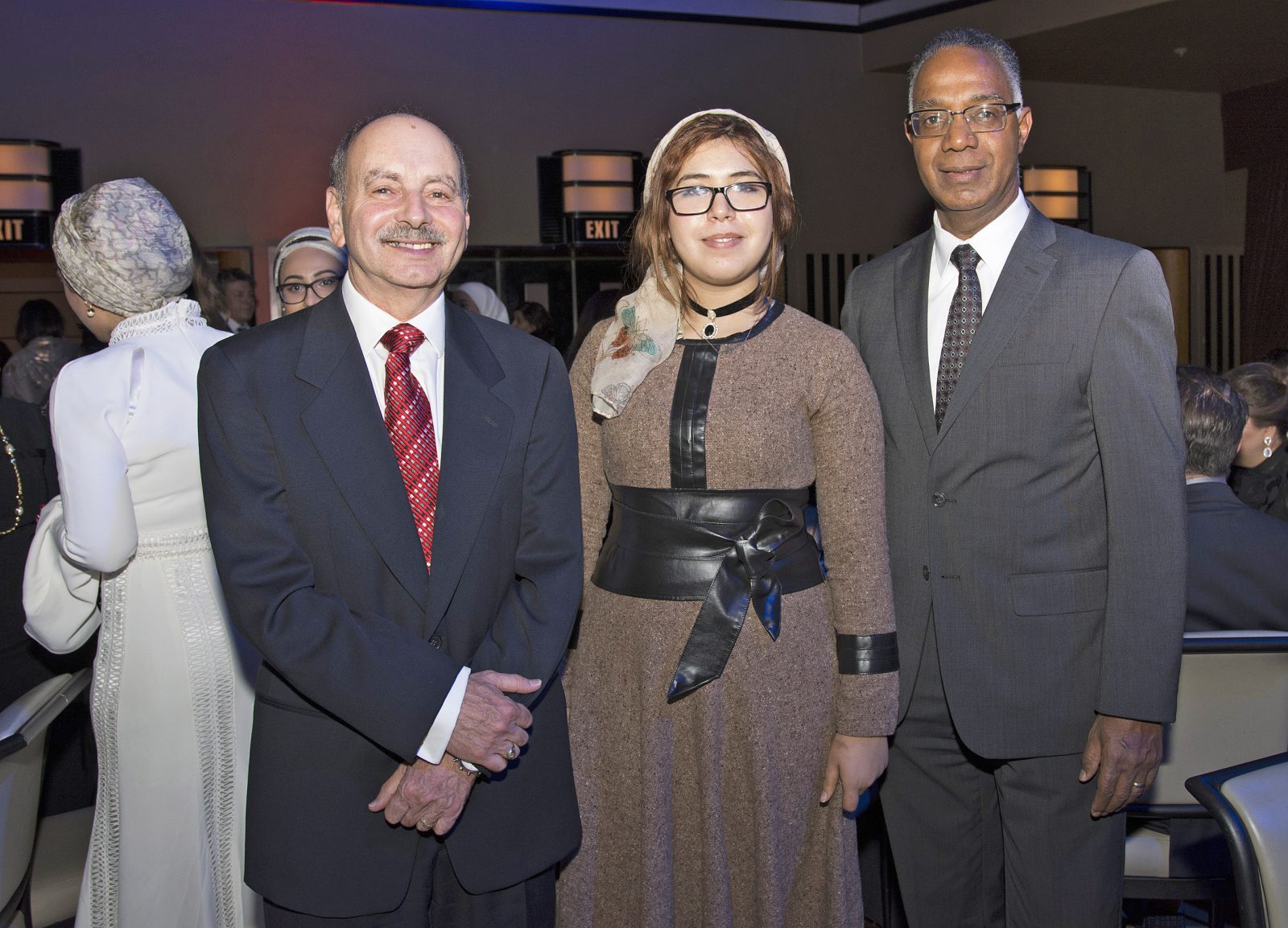 Brock will provide additional opportunities for women in the Middle East to seek higher education through an expanded partnership with the Daughters for Life (DFL) Foundation.

During the charitable organization’s fifth annual gala dinner in Toronto Nov. 17, the University announced it will fund two new scholarships.

Daughters for Life is led by Nobel Prize nominee Dr. Izzeldin Abuelaish, a Palestinian physician and renowned peace activist who created the organization after three of his daughters were killed by tank shells in Gaza in 2009. Abuelaish was given an honorary doctorate from Brock in 2016.

Brock will grow its connection with DFL by funding scholarships for one master’s and one PhD student starting in 2018. This will provide women who face socio-economic hardship in challenging regions in the Middle East with an opportunity for higher education.

Brock University President Gervan Fearon, former President Jack Lightstone and several other members of Brock’s senior administration attended the gala in support of the cause.

The additional funding to support new graduate students was made possible by a contribution from Lightstone and his wife Dorothy.

“Recognizing education’s role to foster global peace is at the heart of the Daughters for Life Foundation,” said James Mandigo, Vice-Provost Enrolment Management and International. “It is an honour for Brock University to be partnered with DFL to support young women from around the world in a united cause to make the world a better place to live.”

Lightstone signed the initial agreement with DFL in 2016, when Brock agreed to provide one full scholarship to a potential candidate for an undergraduate program.

Yousra Benradi, of Morocco, was selected for the opportunity. She is now in her level four of ESL, pursuing an undergraduate degree in Biomedical Sciences.

“Brock University has not just given me an education, it has given me a beautiful life and a hope and vision for the future,” Benradi said in front of the gala’s sold-out crowd.

The foundation aims to help young women of all religions from the Middle East and regional countries pursue studies otherwise inaccessible to them, in the belief that lasting peace in the region depends on empowering girls and young women through education.