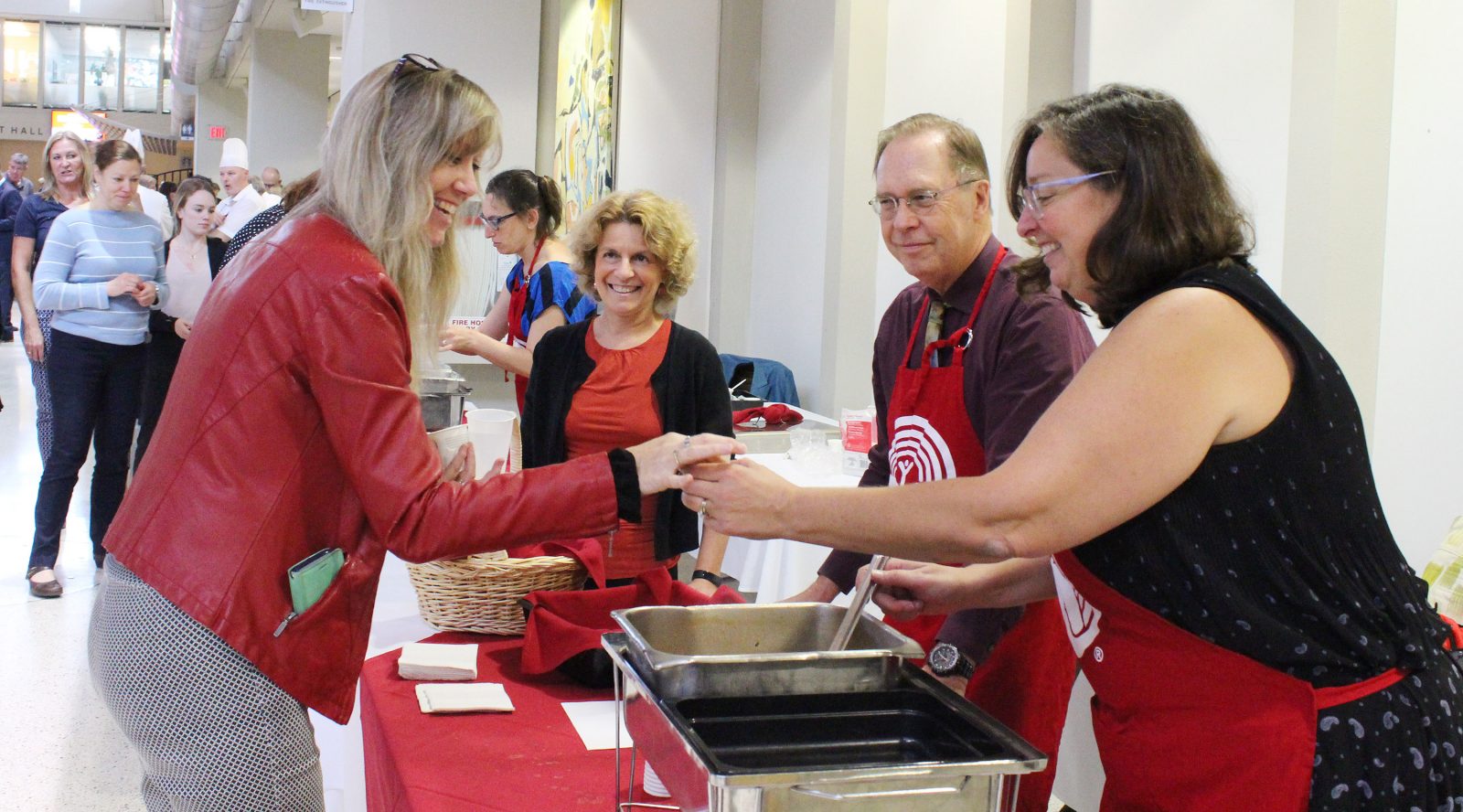 Brock University announced a goal of $170,000 for the 2019 United Way Campaign Wednesday, Oct. 2 during the sold out Souper Star Lunch event. 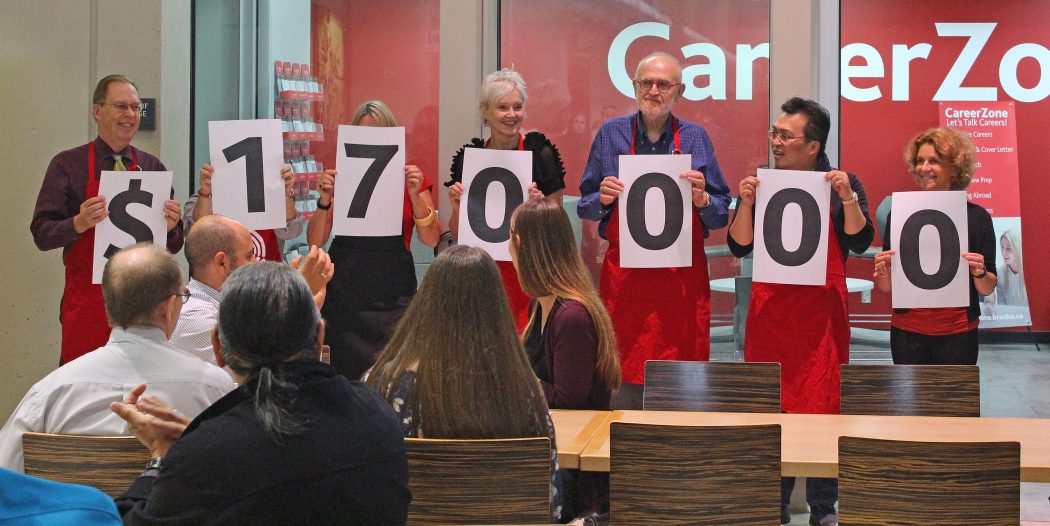 “The United Way is a great way to have truly local impact in a community where there’s plenty of need,” said Sandy Howe, Brock’s United Way Committee Co-Chair.

Faculty and staff can set up their contributions online until the end of November. Employees who donate online by Friday, Oct. 4 at noon will be entered in a draw to win an early bird prize package of six bottles of wine and wine accessories.

United Way Niagara, which aims to raise $5.25 million in 2019, supports more than 129,000 people each year through the 111 local programs and special initiatives it funds across the Niagara region. About half of the funds raised for United Way supported programs come from employee payroll contribution campaigns like Brock’s.

“Through the United Way, this provides us all with an opportunity to make significant contributions to individuals who at times need help, our assistance, but most of all, our support,” said Brock President Gervan Fearon, who sits on United Way Niagara’s Board of Directors. “This is a wonderful opportunity to be able to make a contribution to the lives and the betterment of so many individuals across the entire region.”

One in three people in Niagara will use a United Way funded program in their lifetime. Contributions from the Brock community support initiatives that aim to move people out of poverty, encourage children and youth to reach their full potential, and enhance the quality of life of adults with disabilities and those in crisis.

Every donation makes a difference. Just $1 per week or $52 per year can give a family all the kitchen and bathroom supplies needed to set up a new home. A contribution of $5 per week or $260 per year can help to send 10 kids back to school with a full backpack, or provide five children with a one-on-one literacy program.

“I’m so excited to kick off this year,” said Howe. “I think when we go after an increase in participation and have a passion across all of our employees on campus, we can far exceed last year’s campaign. The possibility we have together is really powerful.”

The Souper Star Lunch is first of several initiatives that will support the United Way during Brock’s campaign. Trivia Night, another favourite among faculty and staff, is Friday, Nov. 8 at Club Roma in St. Catharines. Tickets are $25 and tables can accommodate eight people.