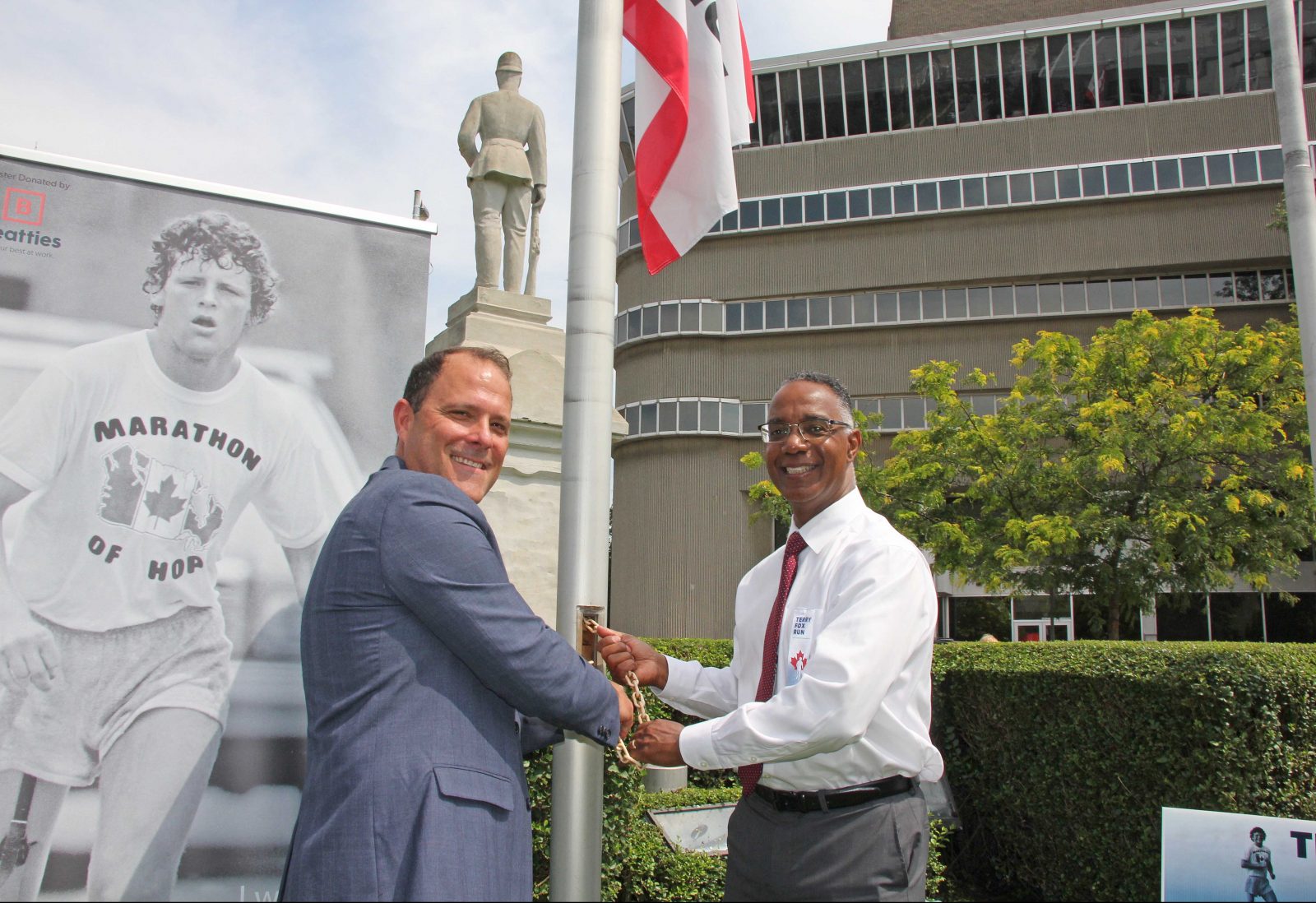 St. Catharines Mayor Walter Sendzik and Brock University President Gervan Fearon raise the Terry Fox flag in front of city hall prior to the 2017 Terry Fox Run held at Brock University. The run will return to campus on Sunday, Sept. 15.

When participants in this year’s St. Catharines Terry Fox Run want to know where their fundraising dollars are going, they won’t have to look far.

For the second time in three years, the St. Catharines edition of the event will be held at Brock University, where important cancer-related research funded by the Terry Fox Foundation is taking place.

Similar to 2017, Brock will host the fundraising event because of high water levels and a major construction project, which have both impacted the run’s normal home at Lakeside Park in Port Dalhousie.

This year’s Terry Fox Run will be held on Sunday, Sept. 15 starting at 10 a.m., with registration beginning at 9 a.m. The run will again be followed by a free barbecue and tours of the science labs in which cancer research funded by the Terry Fox Foundation is carried out by Brock University faculty members and students.

The updated five-kilometre route can be walked, run or wheeled. Parking will be free for the event, and there’s no registration fee. While there is no fundraising minimums, the goal this year is to top the $52,000 that was raised in 2018, when about 500 people took part. Among the new fundraising initiatives this year is a high school challenge where the top fundraising high school team from St. Catharines will win a bowling or laser tag party at Parkway Social.

Registration for the run is available on the Terry Fox Foundation website, where you can join as an individual, create your own team or join the Brock University team.

The community is also invited to the kick-off event for this year’s Terry Fox Run on Thursday, Aug. 22, when the Terry Fox flag will be raised in front of St. Catharines city hall at 9:30 a.m.

For more information, contact Doug Harvey from the St. Catharines Terry Fox Committee at 416-722-5282 or dharvey@galaxybroadband.ca