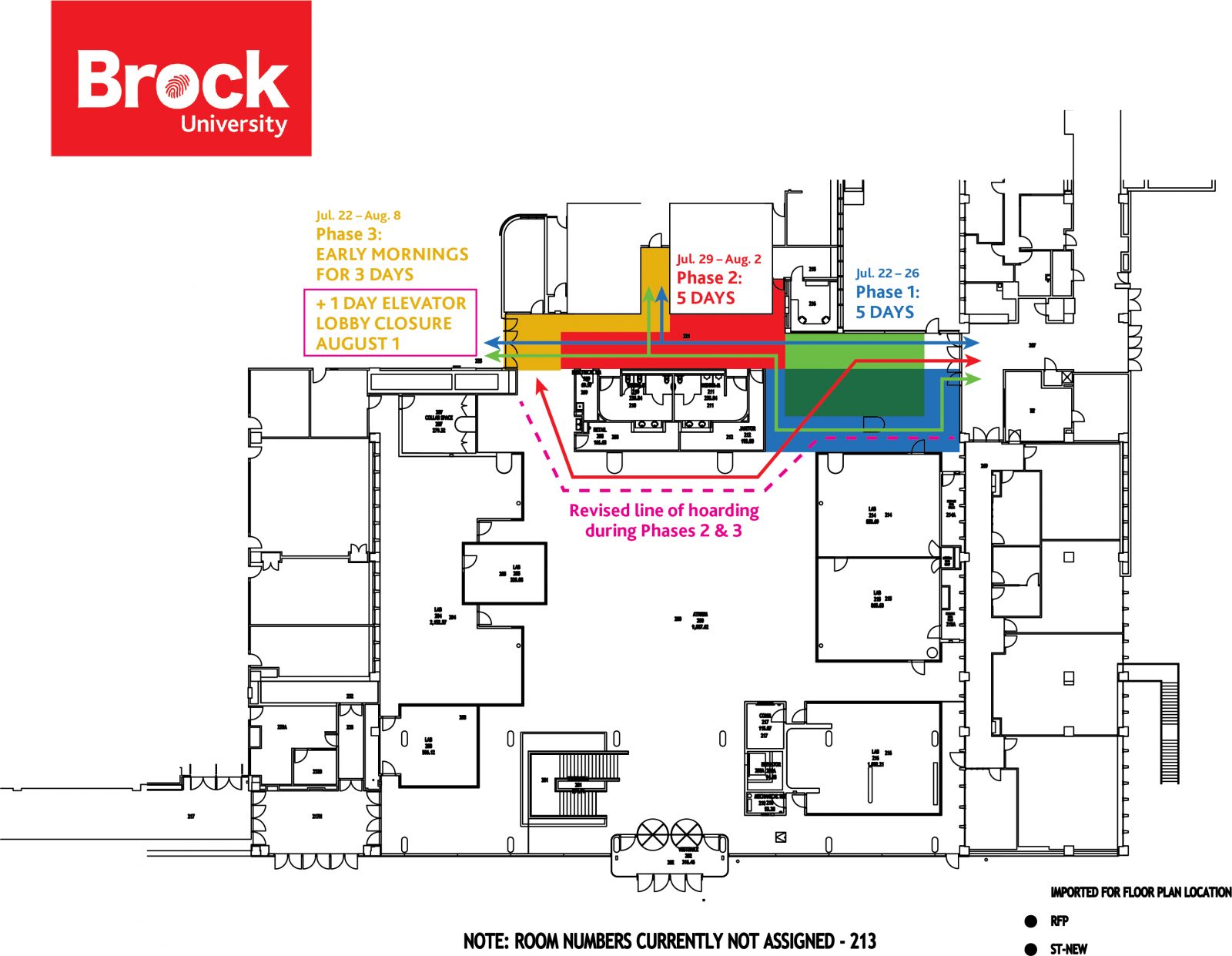 With construction of Brock University’s Rankin Family Pavilion (RFP) inching toward a conclusion, work during the next few weeks will impact the corridor at the base of Schmon Tower.

Three stages of construction are taking place in the Level 200 hallway between July 22 and Aug. 8 to allow workers to add finishing touches such as painting, lighting and trim work.

Throughout the first phase of construction, starting Monday, July 22, the corridor between the new RFP washrooms and the Schmon Tower Tim Hortons will be open, but narrowed.

In the second phase, starting around Wednesday, July 24  and lasting about a week, the corridor in front of the new washrooms will be closed, but a detour will take people around the closure, through a temporary walkway in the new RFP space and back out to the area in front of the east doors to the James A. Gibson Library.

With the exception of a one-day closure on Tuesday, July 30, access to the Schmon Tower elevators from the corridor will remain throughout the work. During that July 30 closure, people wanting to use the Tower elevators will be directed down to Level 100 by stairs or using the elevator on the west side of Market Hall. Library elevators will not be affected.

Additional work in the area of the corridor will take place throughout the first two phases of the project, and potentially until Aug. 8.

Please be aware of work taking place nearby when walking in the area.