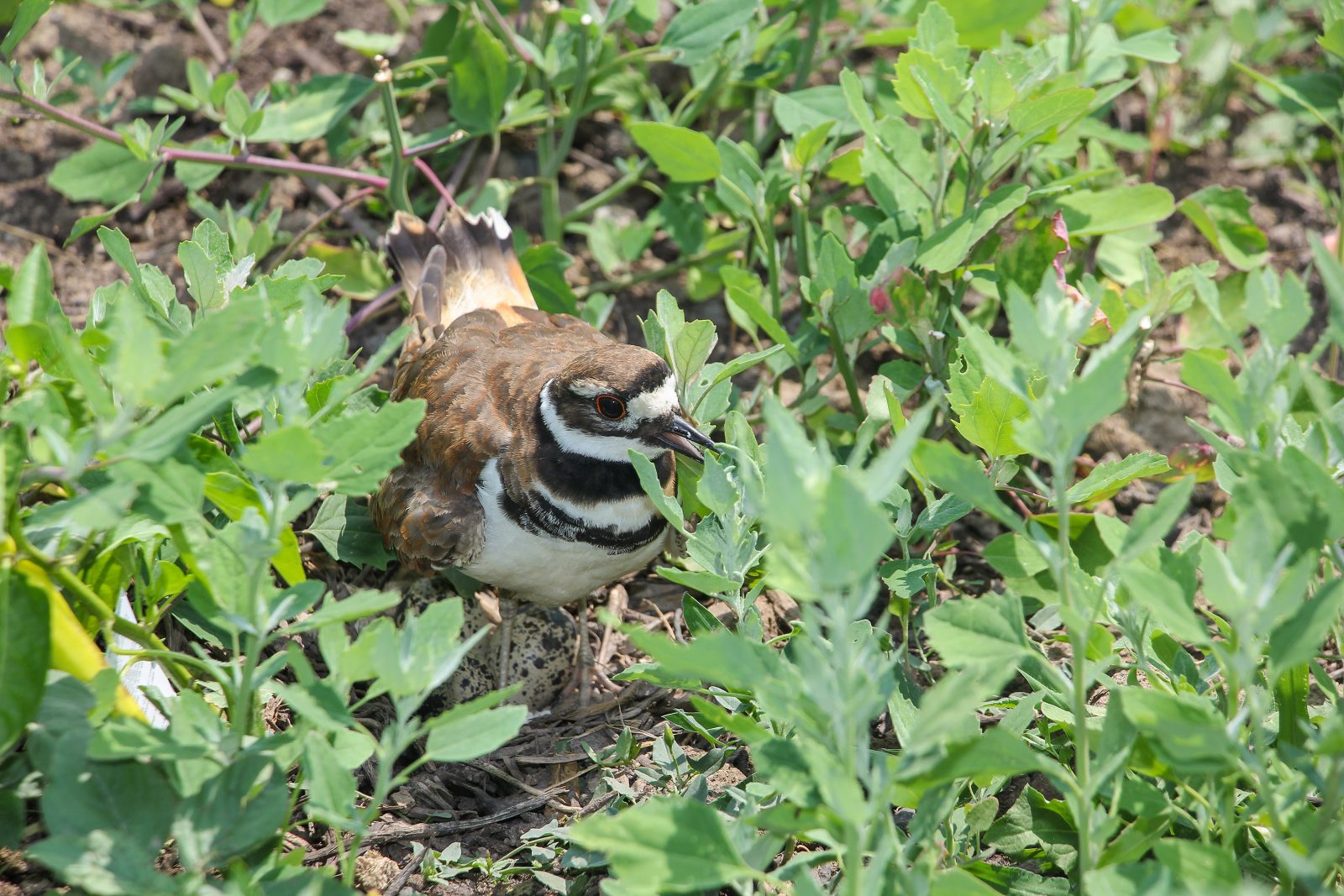 A killdeer has built a nest in one of the community garden plots at Brock University.

In a way, Brad Sutherland has taken the latest resident of Brock’s Community Garden under his wing.

A killdeer — a brown, white and black bird — has taken up residence in his plot, along with a nest filled with cream and black-speckled eggs.

Sutherland, Facilities Assistant for Residences, is growing tomatoes, red cabbage and peppers in the garden where the bird has settled since early June. 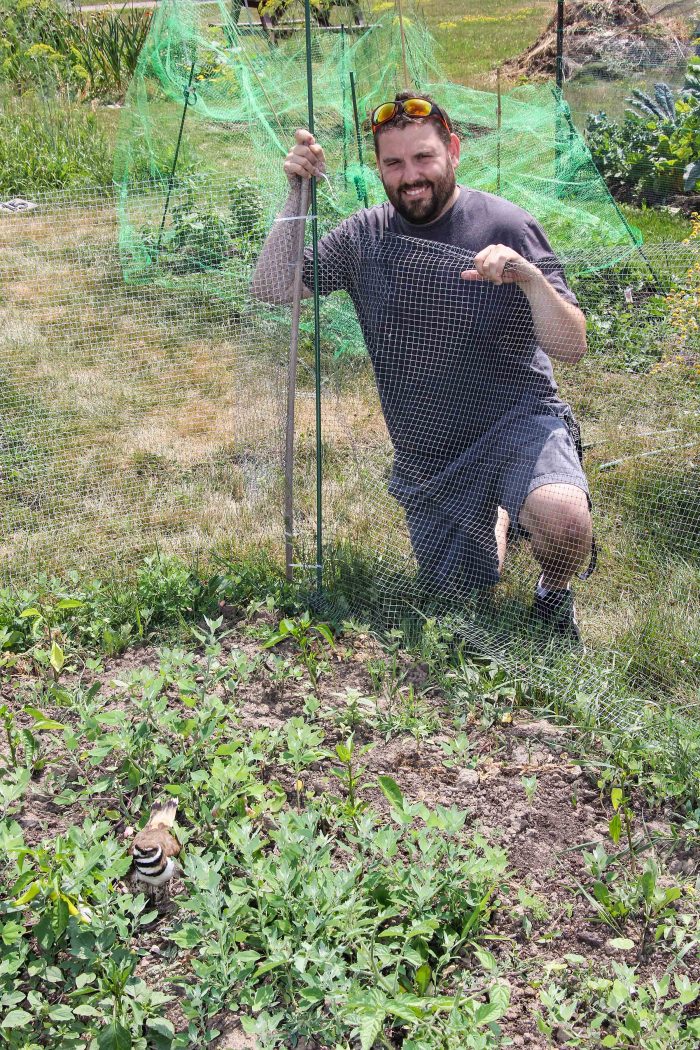 Residences Facilities Assistant Bradley Sutherland’s community garden plot at Brock University is home to a killdeer and her nest.

“I noticed her after I planted everything,” he said. “I came back two days later to water and she had set up nest. I just let her be for a few weeks, so I wasn’t disturbing her too much.”

Sutherland contacted John Dick, Grounds Services Manager for Facilities Management, to tell him about the nest and to find out if it would be OK to proceed with his plans to erect a protective fence around the garden.

“I was hesitant to put up a fence because I was worried she wouldn’t be able to fly in or out, but John said it shouldn’t be a problem,” said Sutherland. “I think the fence has actually helped her relax. She used to immediately start squawking and running around as soon as I approached the garden. Now, she seems less apprehensive of me.”

When a predator is close, killdeer will lift one wing in the air, pretending it is broken, and walk away from the nest to lead the predator in a different direction. As the predator approaches, the bird will walk further away and perform the charade again.

Sutherland said every time he checks on his garden, the mother bird is there.

“She’s there all the time,” he said. “There’s only been one time I’ve come to water the garden where she hasn’t been there, but she showed up 15 seconds after I did and started getting very angry with me.”

Despite the bird’s presence, Sutherland is trying his best to maintain his garden. He’s usually able to quickly water but has refrained from pulling weeds in an effort to leave the nest undisturbed.

“I’m certainly not watering it as much as I probably should be,” he said. “A lot of the other gardens are bigger and nicer than mine, and I may not get a­ny vegetables out of it, but I’m fine with it.”

Dick expects the killdeer to be away from the nest and out of the garden within the next couple of weeks.

“The gestation/incubation period is about 28 days,” said Dick. “I assume we are about halfway through that or more.”

Until then, the protective fencing will remain in place, the weeds will continue to grow and Facilities Management will allow space when mowing the grass surrounding the garden plots.

Those interested in learning more about the Brock Community Garden can contact Dick at jdick@brocku.ca or x4435.