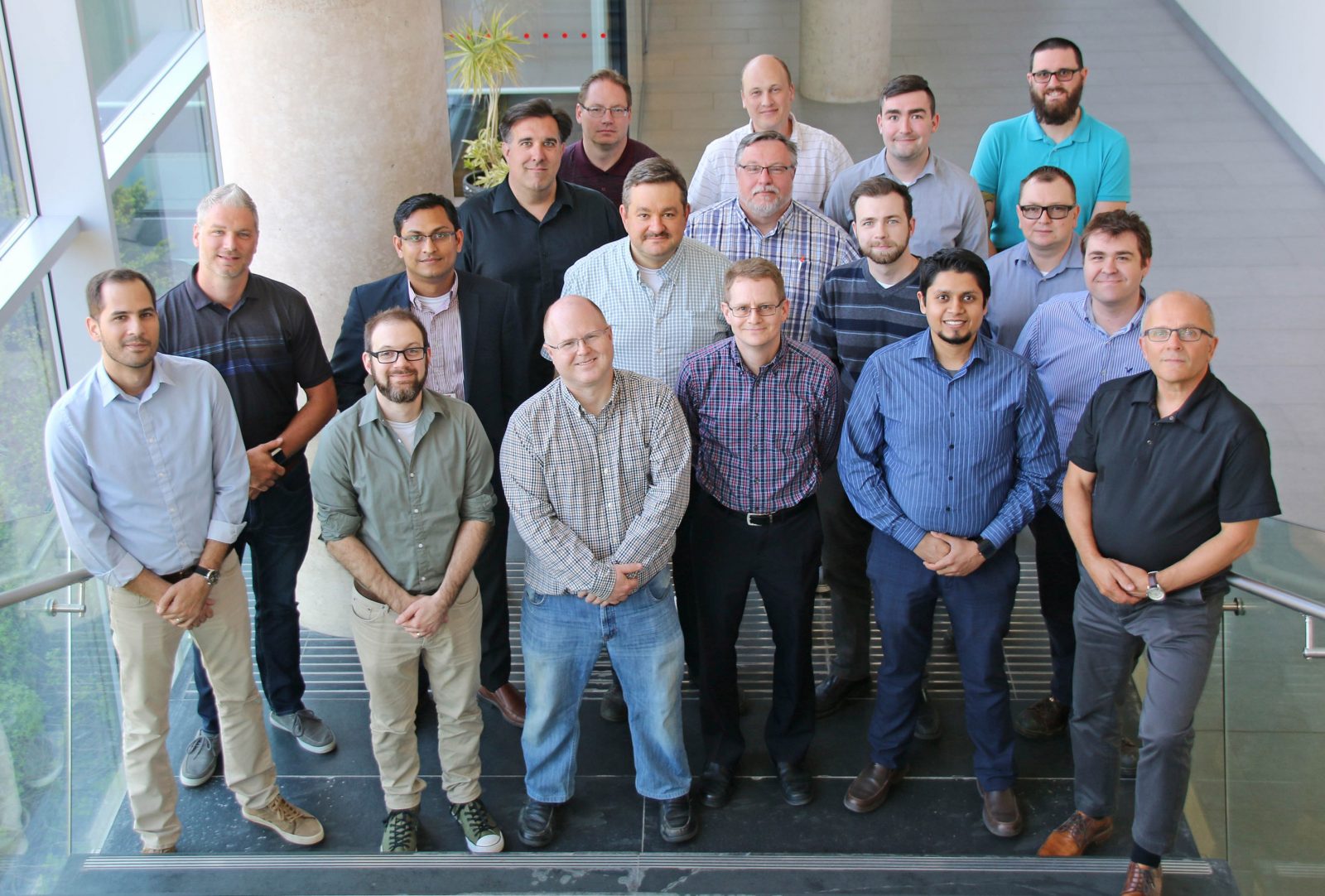 In an era where groceries are ordered with the click of a button and an increasing number of platforms live in the cloud, Brock University is taking steps to protects its computers and mobile devices from cybersecurity vulnerabilities.

Over the next several months, University departments can expect members of Brock’s Information Technology Services (ITS) team and their partners to connect with them on three planned initiatives that will help mitigate cybersecurity risks, update their computer operating system and migrate their data to more accessible cloud storage.

The first priority is an effort to manage the security risk of all devices connecting to the Brock University network. It means transferring the responsibility of regularly updating computer security features — such as anti-virus software, email security and network firewalls — from individual employees to ITS.

Andy Morgan, Director, Client Services, said faculty and staff shouldn’t have to worry about the day-to-day responsibilities of keeping a device up-to-date.

“We want to take care of it so employees have more time to focus on teaching, research and administrative tasks,” he said.

ITS applies security patches to software on thousands of University-owned computers each week to ensure the best performance and security possible. However, not all computers currently receive patches, and may be at risk, because ITS knows little about them.

Morgan and his team plan to meet with departments across campus to discuss transferring the responsibility of regularly updating security features on these computers to ITS staff.

“Computers patched on a regular schedule are less likely to develop security holes,” he said.

Although ITS will have primary administrative access to Brock-owned computers, faculty and staff will still be able to install safe software titles. A team of ITS staff from across the University are collaborating to build a comprehensive software library that will not require a local administrator password to install software.

Morgan said departments should aim to have their devices in the safest network segment available — one where ITS manages them.

“It’s less likely for a computer to get hacked in a network segment where all of the devices are properly managed,” he said. “In other segments, Brock’s firewalls will likely protect a laptop while it’s on campus, but when it connects to a home network or public wi-fi, it could get hacked. Then, the employee brings the laptop back to campus, and the next thing you know, the criminal is on the Brock network.”

A second initiative ITS is undertaking over the next several months is updating computers with the newest operating system, which for most, is Windows 10. ITS has already updated more than 400 Windows-based computers, including the machines in all computer labs.

“Windows 7 becomes end of life on Jan. 14, 2020, which means Microsoft won’t be providing any publicly available security patches after this date,” said Morgan.

The remaining Windows-based computers are expected to be updated by the end of this year. ITS also plans to connect with departments who have Mac computers to ensure they’re up-to-date.

The final initiative from ITS is to move client data from on-premise solutions to OneDrive, which is part of the Microsoft Office 365 cloud-based platform. ITS is working on creating tools that will make it easier for departments and employees to move their data.

“Accessing documents on OneDrive will be as easy as clicking a ‘my documents’ folder on your computer, but instead of going to a shared drive, it’ll go to OneDrive,” said Morgan. “It also eliminates the need for BrockBox, which is awkward to use.”

In addition to increased disk space, OneDrive allows for easy sharing, real-time collaboration and versioning of documents. Employees can also access their documents from anywhere there is internet access, such as a home computer, mobile phone or tablet.

To learn more about managing the risk of University-owned computers, visit SharePoint. For more information on any of these three initiatives, email ithelp@brocku.ca or call x4357.