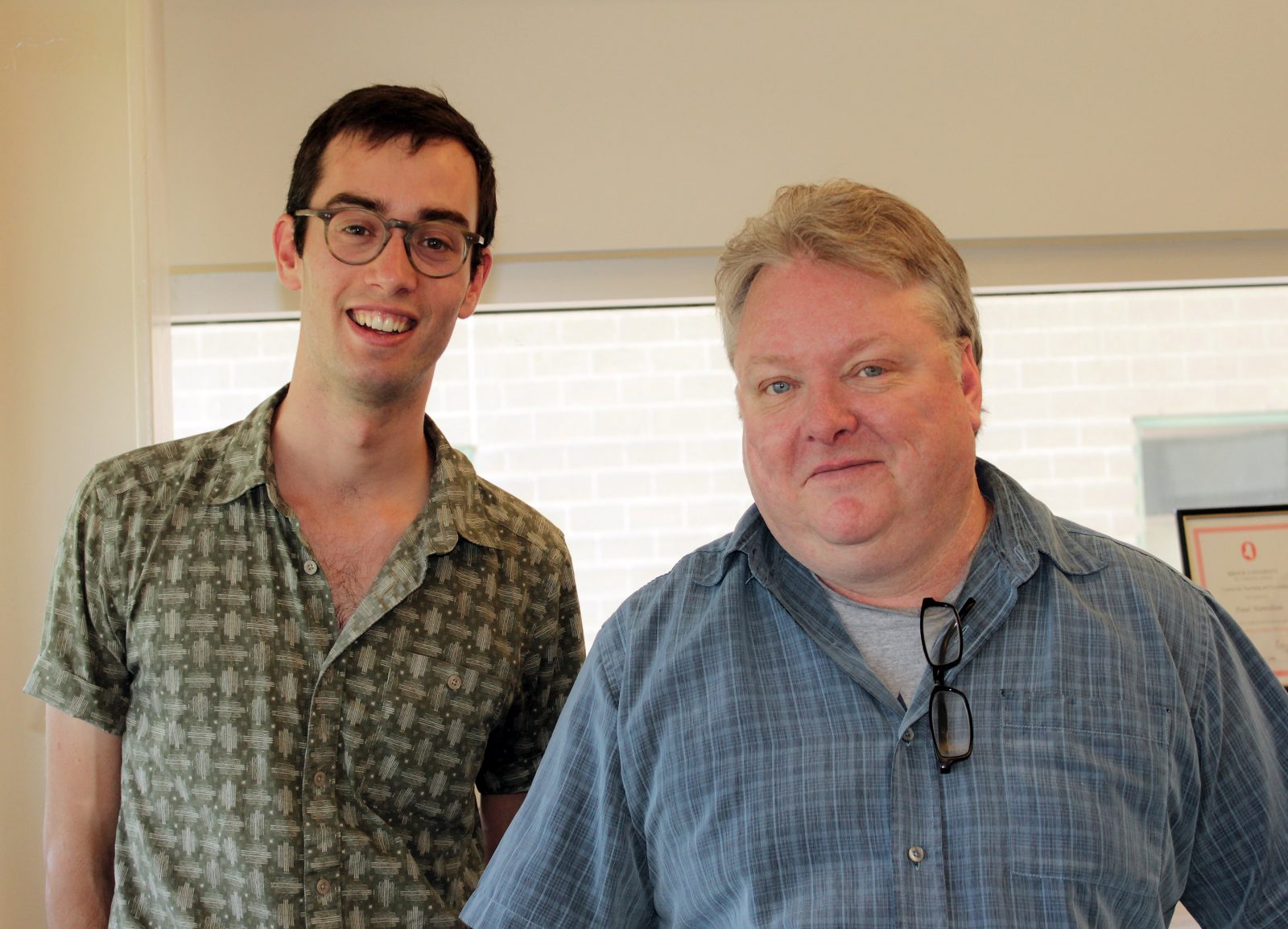 After graduating from Brock with a degree in International Political Economy, Sam Piccolo (BA ’17) spent a year applying the lessons he’d learned in class while picking up more lessons that can only come from experience.

Before heading off to graduate school at the University of Notre Dame in Indiana, Piccolo wrote about his experience working at his local newspaper in Pelham, The Voice. A Sleepless Year in a Sleepy Town won the 2019 Dalton Camp Award for the best essay on the link between media and democracy in Canada.

Friends of Canadian Broadcasting, who present the $10,000 prize annually, called Piccolo’s essay “an eloquent first-hand account of the power of local journalism.”

Piccolo’s foray into journalism began when he wrote a response to an op-ed in his local paper, something he says he would never have done had he not studied political theory.

“Without taking any of the credit away from Sam himself, I’d like to think that the fact that this award has been granted to a Brock graduate is a great testament to what we do here at Brock in Political Science,” says Professor Leah Bradshaw.

Although initially skeptical of the importance of reading Plato, Piccolo found himself “utterly transfixed” by Bradshaw’s lectures on ancient and medieval political theory.

Bradshaw calls Piccolo one of the best and most interesting students she’s encountered in more than 30 years as a professor at Brock.

“He has a gift for observation and writing,” she says.

Bradshaw and Dolgert nurtured his interest in political theory, which Piccolo calls “a completely different way of thinking about politics that really gets beyond the left-right spectrum.”

Hamilton’s propensity to supplement the syllabus with non-academic sources introduced Piccolo to a host of books and movies. In first year, Piccolo filled the margins of his class notes with titles to check out. By the time he got to fourth year, he could reference those films and novels in class discussions, to Hamilton’s delight.

Feedback from Dolgert in a fourth-year guided reading course put Piccolo on the path to Notre Dame.

After submitting his first paper, Piccolo received an email from Dolgert urging him to pursue a graduate degree, including a list of potential universities.

“Until then, it hadn’t occurred to me that I could ever go to one of these prestigious schools,” Piccolo says.

Graduating at the top of his Brock class, he was admitted directly into Notre Dame’s PhD program in Political Science, bypassing a master’s altogether.

“This is a major achievement,” says Bradshaw. “Notre Dame is ranked as one of the Top 10 schools in the U.S. in political theory, which is Sam’s area of specialization.”

“You can see how there’s political theory done in this sort of long-form journalism,” he says.

In his final year at Brock, Piccolo combined two interests, venturing into the English Department to take Associate Professor Rob Alexander’s creative non-fiction class. He says his award-winning essay was written in the style practised in that class.

Piccolo looks back on his time at Brock as “a terrific experience” made possible by the University’s seminar system and small classes that he says allow professors and students to get to know each other.

“For all the people I know for whom university changed the course of their life, like it did for me, it’s because they have professors who saw something in them that they didn’t see in themselves,” he says. “That’s something I don’t think can happen in a bigger school with the regularity that it can happen at Brock.”

Piccolo still hopes to do some non-academic writing when he can fit it in.

“This place inspired me,” he says.