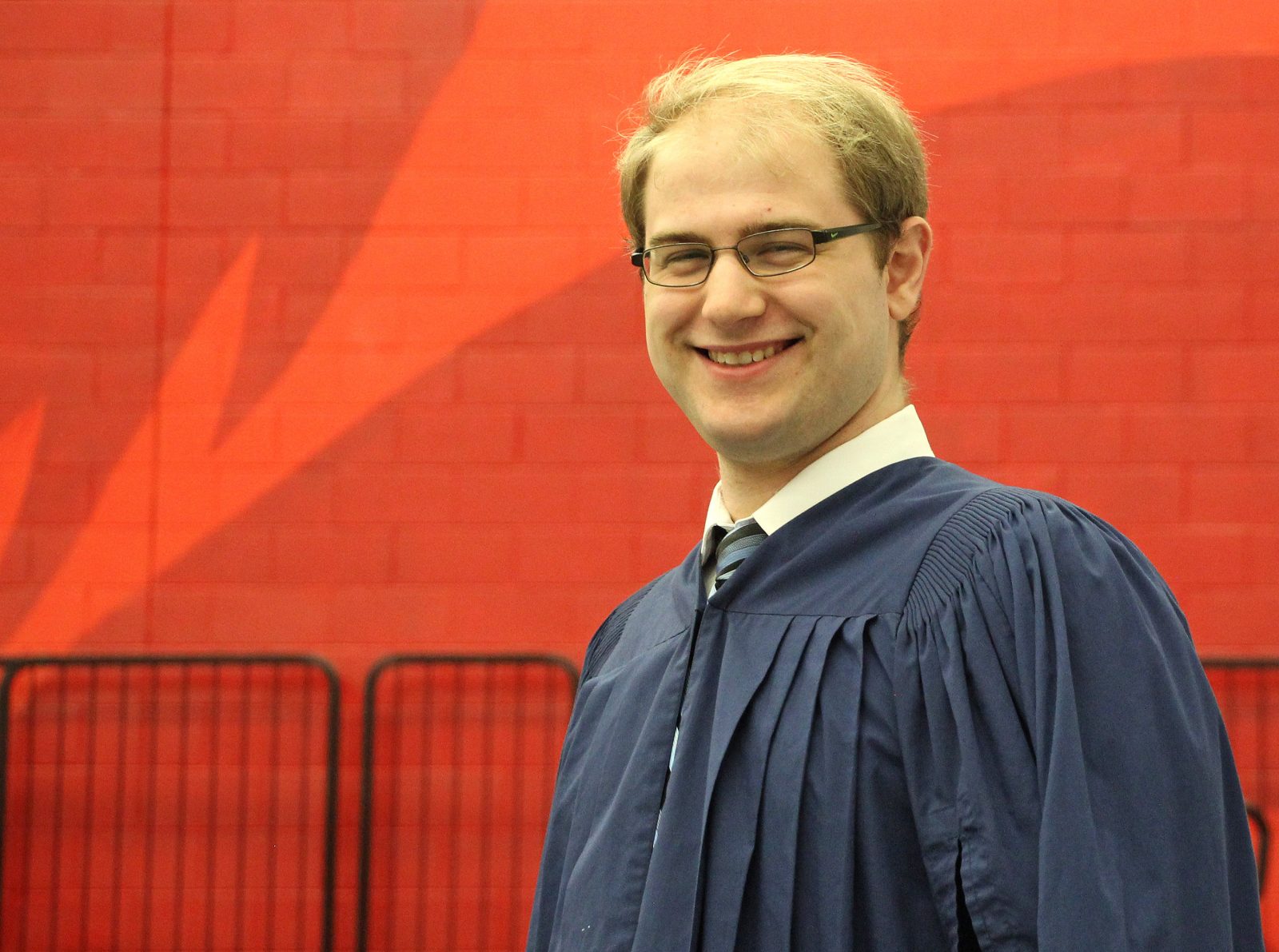 Master of Computer Science graduate Adam Tonet was given the Governor General’s Gold Medal Award, given to the graduate student with the highest academic average for 2018-19.

Adam Tonet isn’t one to procrastinate, so finding out very late that he had won a major academic award from Brock University was somewhat ironic.

It wasn’t until he walked into the gowning room Friday, June 14 to pick up his Convocation robe that he was made aware he’d won the Governor General’s Gold Medal Award, given to the graduate student with the highest academic average for 2018-19. He finished his master’s with a 96 per cent average.

The 24-year-old Niagara Falls native was pleasantly surprised, as were his parents who didn’t find out until he was called up on stage to receive the award at the end of the Faculty of Mathematics and Science Spring Convocation ceremony.

“I’m very proud and I’m sure my parents are proud,” said Tonet, who earned similar grades while taking his undergraduate degree in Computer Science at Brock prior to starting his master’s two years ago. “Instead of just writing code and solving problems, I had to write a lot more reports for my master’s. I guess professors liked my writing.”

Tonet said working hard in school has always been a priority.

“Some people aren’t as into it, but I was always the type who would start on something early when I was given an assignment,” he said. “If I have problems, I get questions in early and that has served me well so far.”

As for what comes next, Tonet hopes to land a job as a design lead for a computer software company.

“I thought about a PhD, but I’ve been in school since I was four years old, so I thought it was time for a change. We’ll see how that goes and maybe down the road come back for a PhD,” he said.