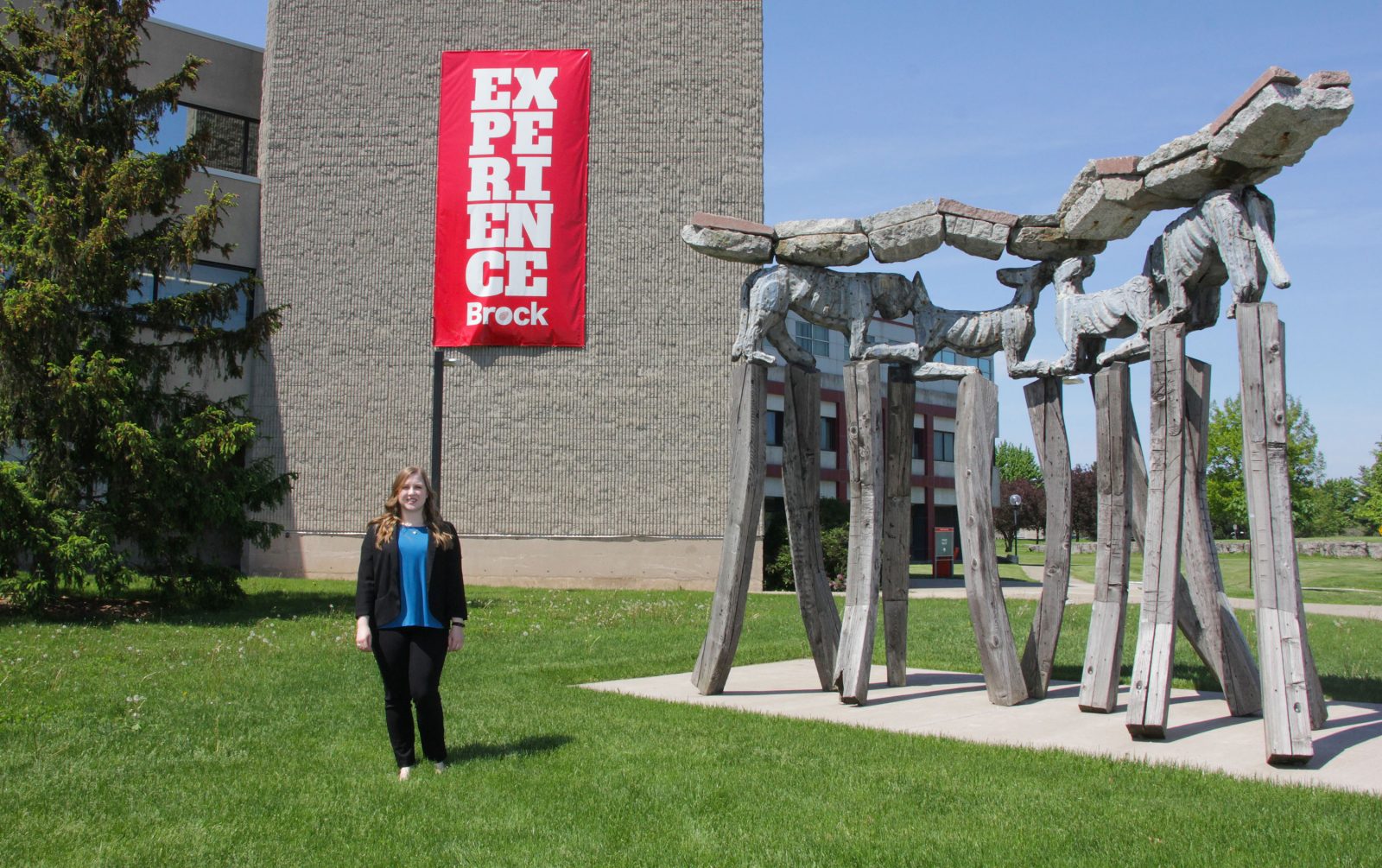 Meghan Monaghan used her experience in Brock’s co-op programs to prepare for a career in teaching.

Each step that led Meghan Monaghan toward the Convocation stage was carefully planned. That precision, made possible through Brock’s Co-op Education programming, has set her on a course to lead her own classroom.

The 22-year-old student is wrapping up her fifth year of co-op studies in the Math Integrated with Computers and Applications (MICA) program, while also minoring in French Studies, and will receive her degree during the Faculty of Mathematics and Science Convocation ceremony Friday, June 14. She will begin teacher’s college at Brock’s Hamilton Campus in the fall.

Having dreamed of being a teacher since she was five years old, the Niagara Falls native ensured throughout her co-op studies she was tying her work terms into her ultimate career goal. During her time at St. Catharines-based data analytics firm rel8ed.to, Monaghan worked her teaching skills into her daily duties and ran an initiative that led to her presenting its findings to the District School Board of Niagara. 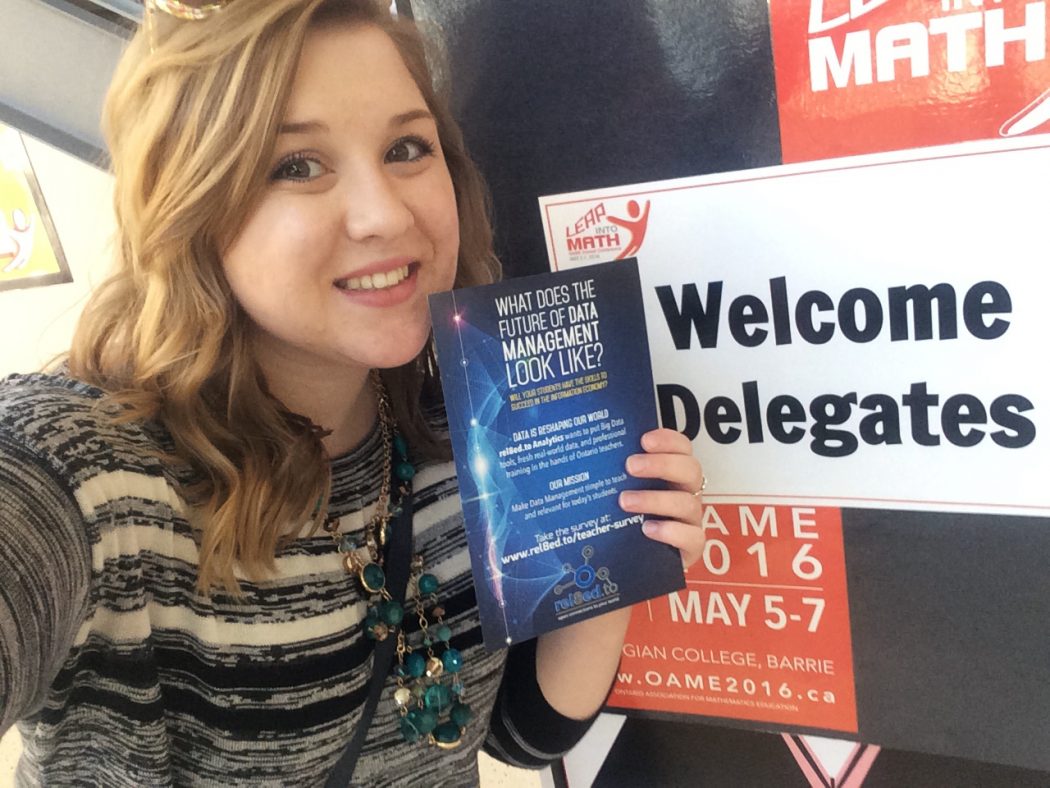 Meghan Monaghan promoted a teacher survey she created during her co-op work term at analytics firm rel8ed.to, which aimed to find out how the company’s programs could be useful to teachers.

“I helped launch a pilot program where we prepared a five-week internship for students to use our analytics software, and I was also responsible for developing lesson plans,” she said. “It allowed me to work with students and see how I can make mathematics more relevant and meaningful in the classroom.”

Monaghan was also able to grow her teaching skills while working with adult learners during a work term in an administrative role with the Ministry of Transportation.

“I got to do more indirect teaching with my co-workers, showing them how to use Excel and acting as the donation lead on the office’s United Way campaign,” she said.

Co-op Employer Development Manager Jason Peng said Monaghan’s willingness to pursue work terms in two different environments while still focusing on her career aspirations set a great example for how to get the most out of Brock’s co-op programs.

“Though she had one direction, she didn’t close any doors,” said Peng. “Success can be seen in so many ways. For Meghan, it’s becoming a teacher. But she could also be a data scientist, a statistician or work in finance. She has had the chance to try out lots of different roles and take full advantage of the opportunities she is qualified to pursue.”

Monaghan said Peng and other members of the co-op team prepared her for some of the additional steps that will be necessary when she applies for teaching jobs in a few years.

“Co-op seminars helped me to develop a professional resumé with result-based bullet points and to gain the experience I needed through mock interviews,” she said.

Although she maintained jobs as a tutor and research assistant during her studies, Monaghan also received a financial boost through her paid co-op works terms.

“My co-ops were really well compensated and allowed me to contribute to my savings, which will help me pay off my OSAP,” she said.

With her Brock experience continuing next year in Hamilton, Monaghan said she will need to adjust to a new surroundings.

“I will miss my math family,” she said. “They are a big part of my life and are now moving on to so many different things.

“J-Block feels like a second home, but I’m ready to start the next chapter of my life as a teacher, and I already have a base knowledge of what I can do thanks to my co-ops.”

Monaghan hopes that other students will follow her lead and enrol in the co-op program.

“They should absolutely do it,” she said. “It gives you experience, you make money and you develop as a person while getting a peek into what is out there in the working world.”