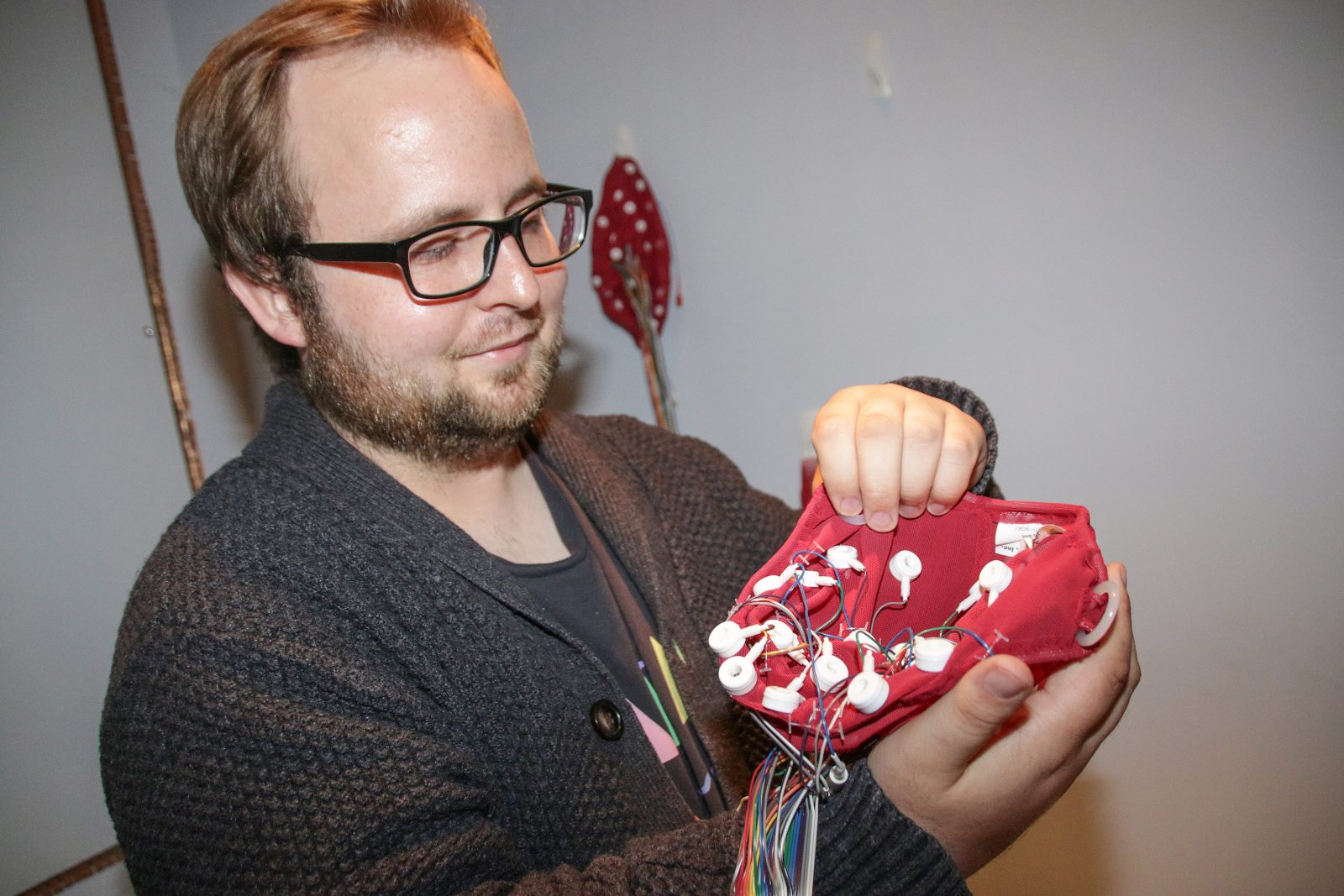 An electroencephalogram is used to measure brainwave activity in different aspects of PhD student Brent Pitchford's research, which recently received funding from the Natural Sciences and Engineering Research Council of Canada.

Does the mood you’re in influence the way you see the world?

Thanks to a prestigious scholarship from the Natural Sciences and Engineering Research Council of Canada (NSERC), Brent Pitchford will continue his quest to find out.

The second-year Psychology PhD student is one of six graduate students and 14 faculty researchers at Brock who received a total $2.2 million in NSERC funding announced Tuesday, May 21.

“I’m interested in determining if people’s attentional scope narrows or broadens after completing a demanding cognitive self-control task, and whether this differs depending on individual differences in motivation and the rewarding nature of the stimuli presented,” he said. “For example, when looking at a forest, some people see the forest as a whole, and some people see the individual trees, and this can be influenced by the mood they are in.”

One of the experiments Pitchford is currently running involves showing people a motivating or positive stimulus, such as a piece of cake, after they have just worked through a draining self-control task to see whether they are focused more on the forest or the trees.

“I use an electroencephalogram to measure brainwave activity, which can tell us about how they are processing the images they’re shown,” he said. “Findings from this research may help us better understand how self-control can influence subsequent cognitive processes and influence everyday attention and behaviour.”

The $105,000 prize, paid over three years, has helped Pitchford to feel confident in his role as a PhD student.

“Winning the NSERC award is exhilarating but terrifying at the same time,” he said. “To have this validation that my research matters and is important is a great honour.”

Pitchford offered thanks to his supervisor, Psychology Professor Karen Arnell, for her support, as well as his mother who has been a “big part” of his success.

“Professor Arnell has helped me immensely,” he said. “She has helped to develop my ideas and taught me how to collect and analyze data that is appropriate for academic psychology.”

“It has been such a pleasure to work with Brent,” she said. “His research brings together so many constructs, and uses a wide variety of methods and measures. He has done an incredible job at becoming highly skilled in these various areas. It is very rewarding to work with students such as Brent who bring new and exciting ideas to the lab and a fresh energy to their research. He is very deserving of this award.”

Diane Dupont, Interim Dean of the Faculty of Graduate Studies, said the NSERC funding “speaks to the calibre of graduate students we have at Brock.”