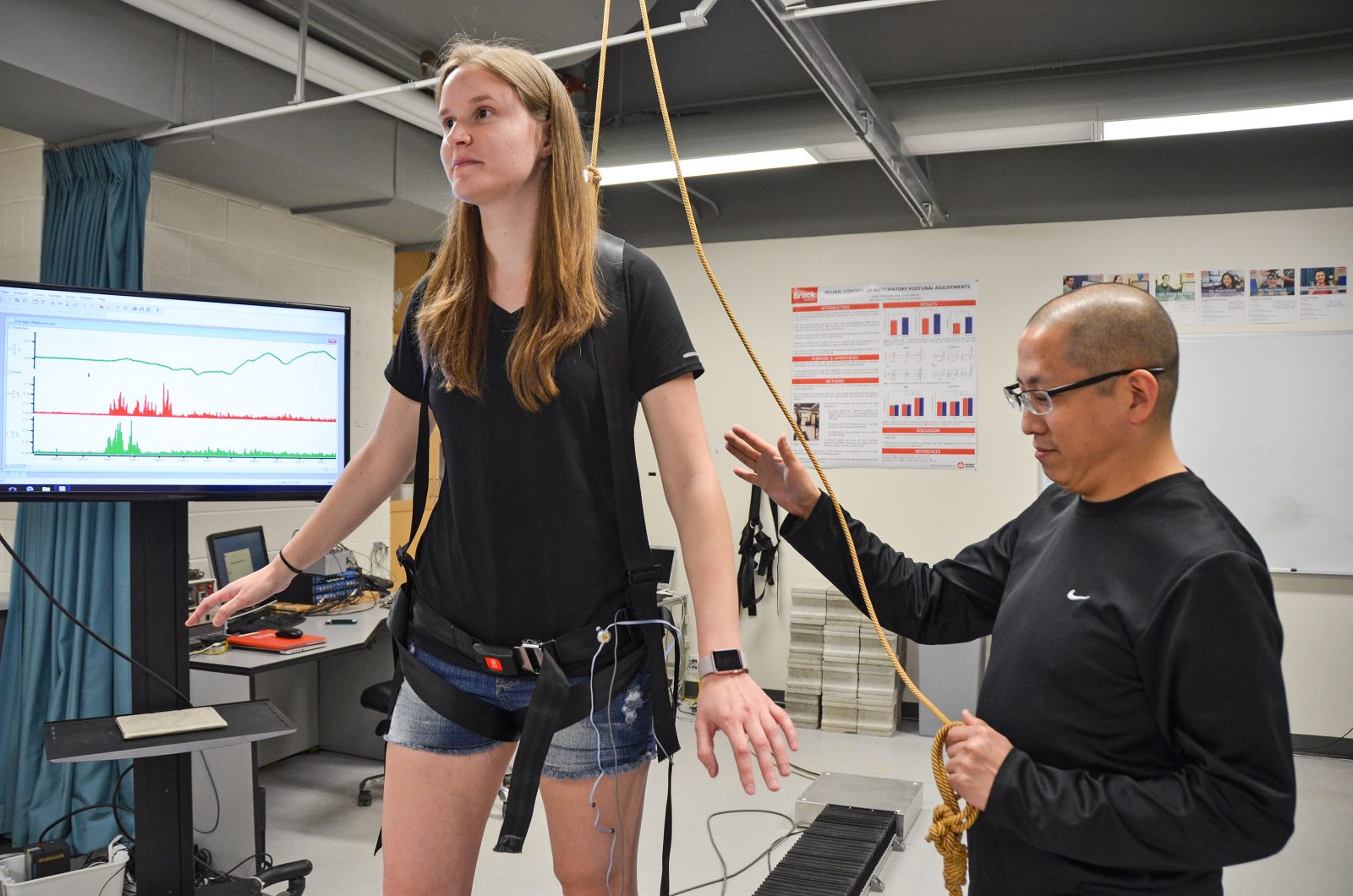 If older adults are afraid of falling when standing on an unstable platform or walking on an icy sidewalk, will that fear and anxiety cause them to lose their balance and fall?

Brock Associate Professor of Kinesiology Craig Tokuno is aiming to answer this and other questions through his research on how the brain, spinal cord and muscles work to maintain balance under various conditions.

Tokuno’s work will be aided by funding from the Natural Sciences and Engineering Research Council of Canada (NSERC). He is one of 14 faculty researchers, as well as six students, from Brock University receiving a total of $2.2 million in this year’s NSERC funding round, which was announced Tuesday, May 21.

Tokuno will use his Discovery Grant to examine anticipatory postural adjustments (APA), a strategy that the central nervous system uses to allow us to remain stable when we stand.

The central nervous system, which includes the brain and spinal cord, generate APAs which, in turn, cause certain muscles to contract at various intensities prior to an upcoming movement.

This occurs when an action is initiated, such as grabbing a door handle, or when a situation is expected that will cause the body to lose stability, such as extending your arms to stop a swinging pendulum from hitting you.

But older adults are less able to regulate the size and timing of their anticipatory movements when initiating or reacting to actions, which “may explain why falls in daily life often occur as a result of an incorrect shifting of body weight during movement preparation,” says Tokuno.

In a series of experiments, he plans to better understand the generation and trainability of APAs across the lifespan. Among other things, he’ll be looking at the role that fear and anxiety play in older adults’ balance control.

“Scientific discoveries help us better understand the inner workings of our bodies and minds as well as the world around us,” says Vice-President, Research, Tim Kenyon. “NSERC’s research funding is vital for us to investigate these areas in which we can make valuable contributions to society.”

For his part, Tokuno says he is pleased with his NSERC funding.

“This research will expand our fundamental understanding of the neural mechanisms underlying human anticipatory balance control and provide insight into how and why these processes become altered with advanced age,” he says. “This research may also help to improve our ability to determine why falls and balance deficits arise due to aging.”

Brock University researchers awarded funding in the latest NSERC round include: