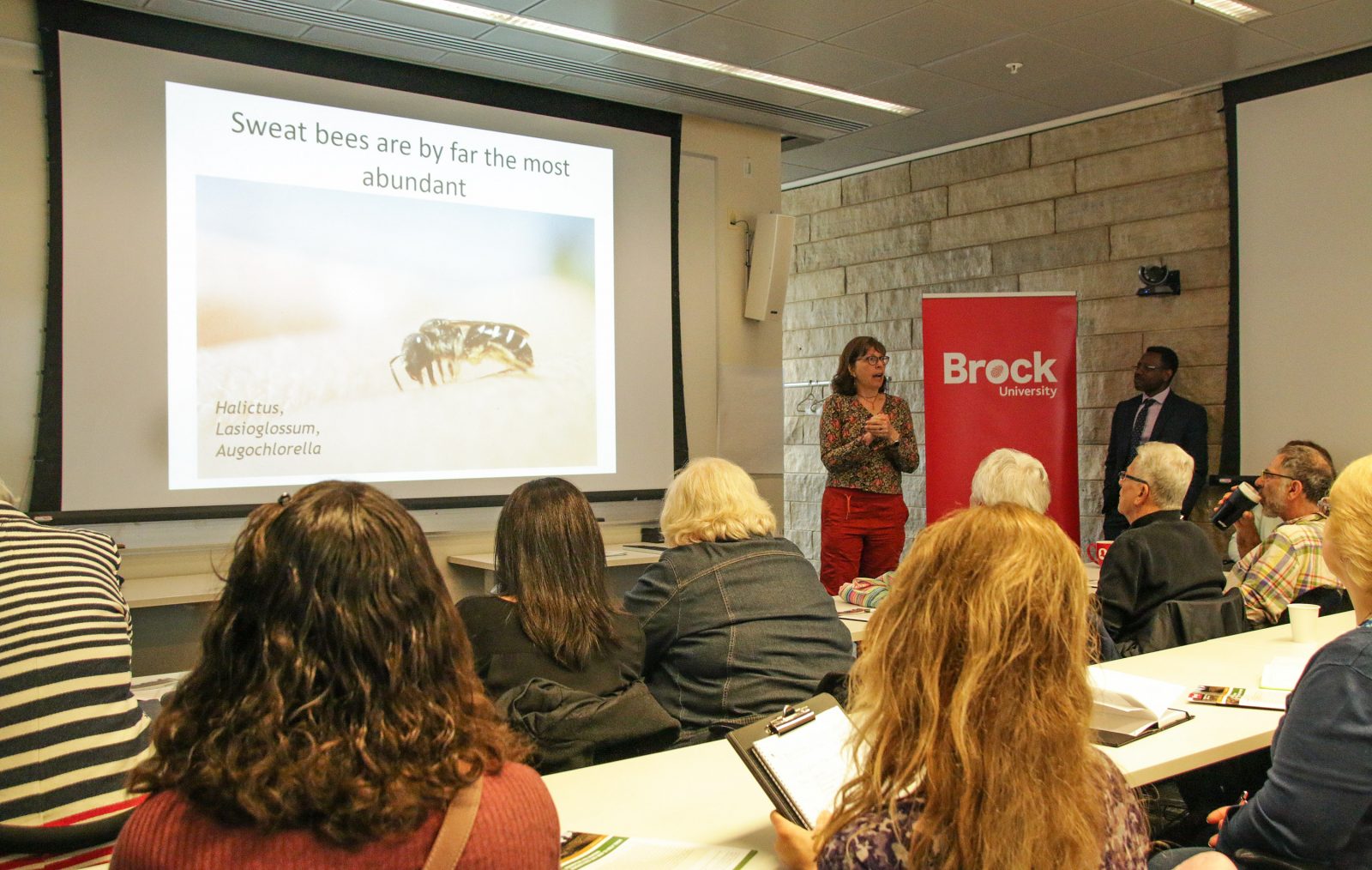 In the world of bee conservation, messy is beautiful. A slightly overgrown lawn, a garden with flowers native to the area, patches of soil, and scatterings of twigs and leaves are pure paradise for these tiny creatures.

“The recipe for bees is surprisingly straightforward — provide flowers and nesting habitat, avoid pesticide use and like magic, bees appear and thrive,” Brock University Professor of Biology Miriam Richards says in her policy brief “Promoting Pollinators: Niagara Bees and How to Help Them.”

The brief is the latest to come out of Brock’s Niagara Community Observatory (NCO), and was presented in front of a packed house at the University on Tuesday, May 7.

Bee populations have been declining in Niagara, mainly because the places where they lived have been paved over or built upon.

“Every field that is converted to a new housing development results in the death of thousands of bees and myriad other small creatures,” Richards says in the brief.

The good news is that even small-scale efforts to create habitats and food sources for bees helps.

Richards recommends a number of measures people can take at the household and societal level, including:

Healthy, wild bee populations are crucial for the ecosystem. Bees are known as pollinators, which are animals that move from blossom to blossom collecting pollen and redistributing it.

That pollen, in turn, fertilizes an ovum in the blossom, enabling the plant to produce seeds and fruits.

Richards makes an important distinction between wild bees and honey bees, which were brought to North America during the time of colonialism to make honey for the colonists.

Wild bee populations have been declining worldwide. In addition to habitat loss, the other major cause is poisoning from insecticides.

Richards’ Brock Bee Lab has been monitoring bee populations at the Glenridge Quarry Naturalization Site in St. Catharines since 2003 to record the impact of such conservation efforts on bee populations. She and her team have produced a number of studies on the subject.

In a recent video, Richards addresses the question: Why do bees live in groups?