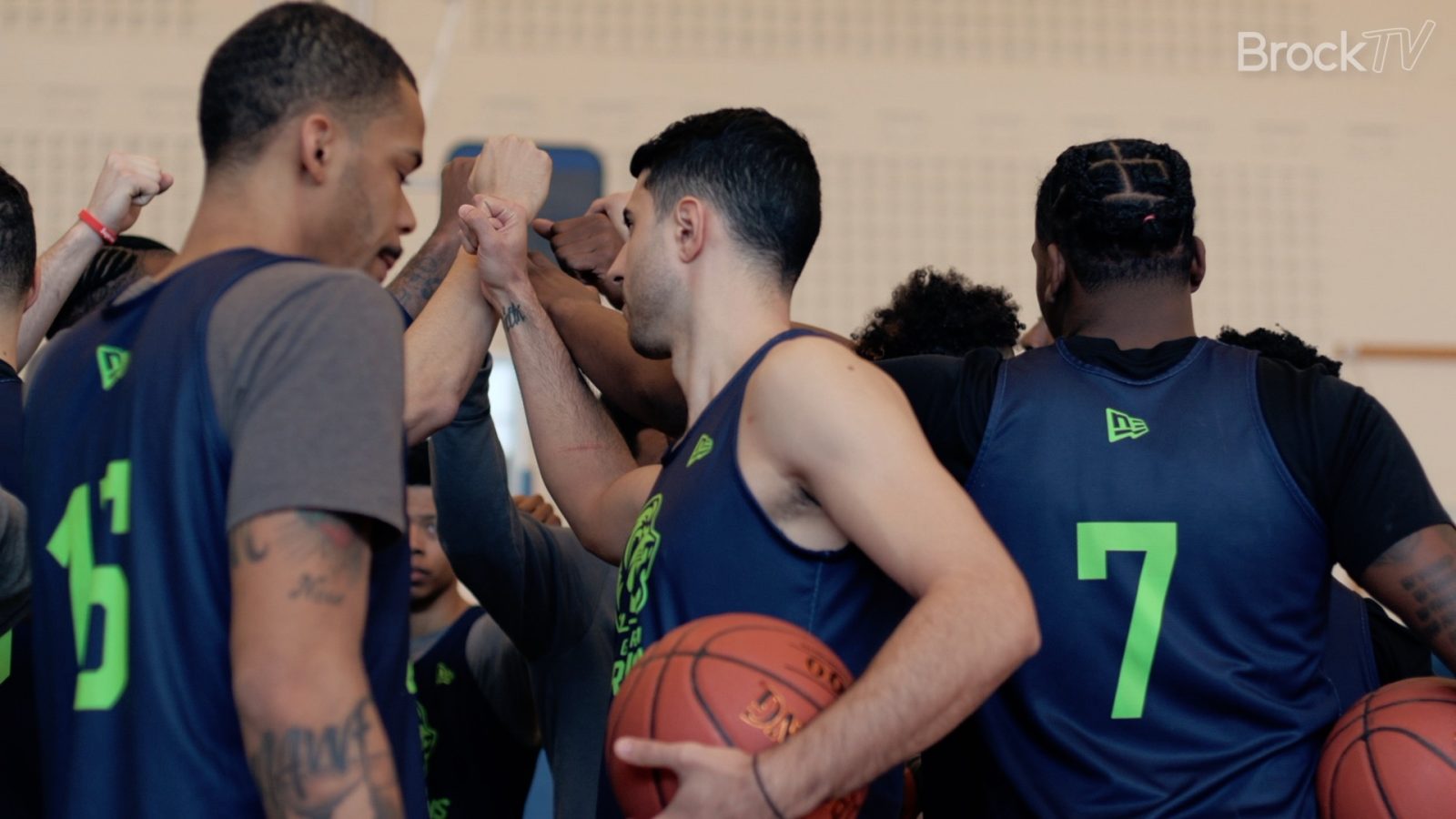 BrockTV is working with the Niagara River Lions basketball team to live stream their home games this season and produce a behind-the-scenes documentary series.

When the Niagara River Lions kicked off their Canadian professional basketball season Thursday, May 9, they did it with some behind-the-scenes support from Brock University students.

The River Lions are one of six teams in the Canadian Elite Basketball League, which opened its inaugural season with Niagara playing on the road against the Saskatchewan Rattlers Thursday night.

The team is working this year with BrockTV, the on-campus broadcaster run by the Brock University Students’ Union.

Running from May until mid-August, the River Lions’ season lines up with what is typically a quiet time for BrockTV.

Executive Director Mitch Morrone struck up a deal with the basketball team to be the official broadcaster for all 10 home games at the Meridian Centre in St. Catharines, providing live streams of each game, post-game wrap up videos and a five-part behind-the-scenes documentary on the team.

“It helps us build a sense of community, getting out there and reaching different partners,” Morrone said. “We want to let people know we don’t only cover Brock events.”

“Not only will they help deliver a high-quality live stream for CEBL.TV at all home games, but they have already contributed in taking our online presence to the next level with our Inside the Den documentary series,” she said. “We have been very impressed with the professionalism of the BrockTV crew and are thrilled that we are able to provide an outlet for Brock students to gain experience outside of campus.”

From September to March, BrockTV provides live broadcasts of all Brock Badgers men’s and women’s basketball and hockey games, as well as select soccer, volleyball, rugby and lacrosse matchups.

The outlet gives nearly 20 students part-time work in roles such as camera operator, director or commentator. The deal with River Lions allows BrockTV to employ eight students through the summer.

“It’s a professional development opportunity for the student employees we have working in the industry,” Morrone said. “It gives them the sense of a different scale and working in a bigger environment.”

In addition to their work with Brock Sports, the student-funded BrockTV has also stepped up its video support services for others around the University.