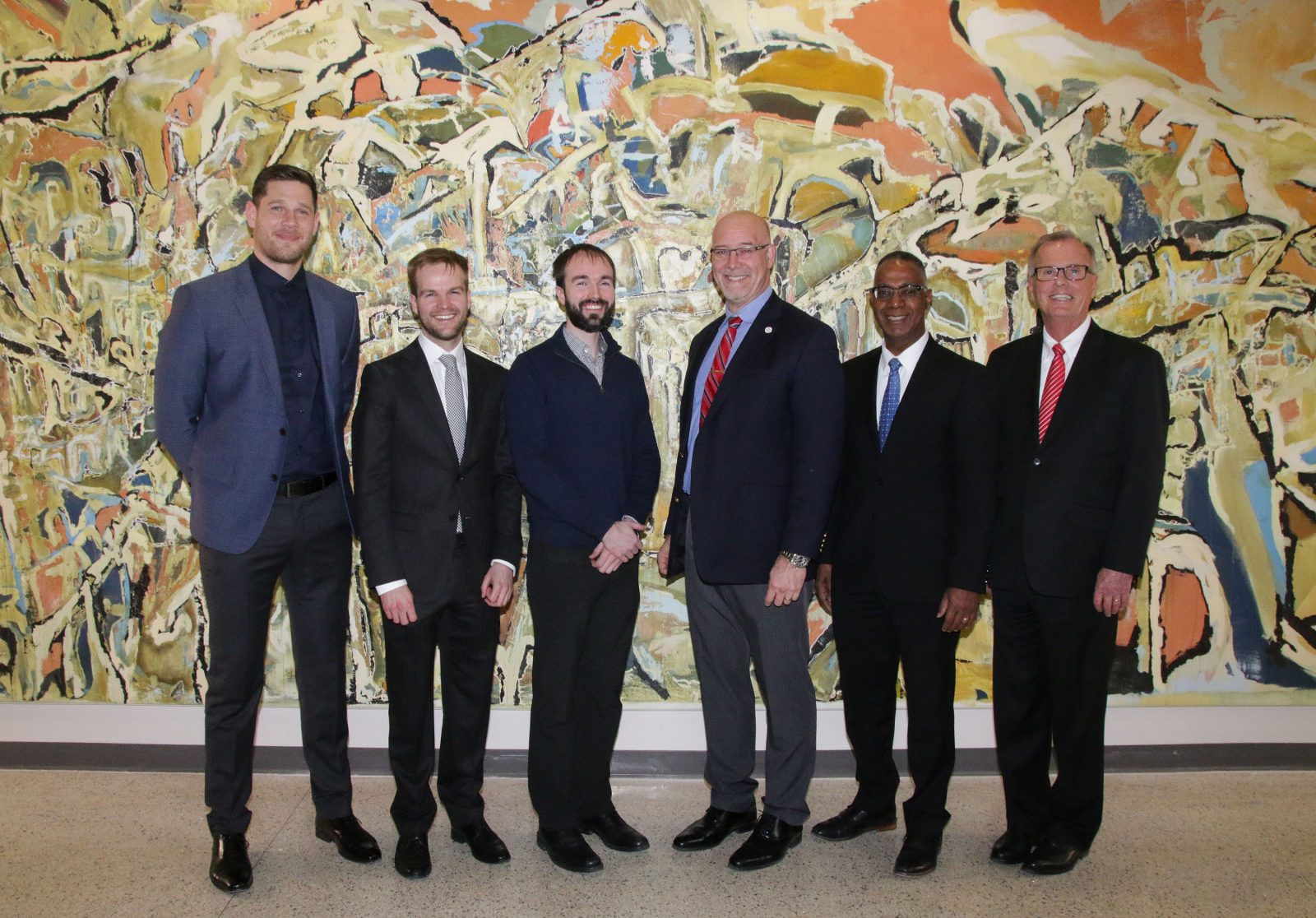 In life, Joe and Anita Robertson were known as a philanthropic couple generous with their time and finances.

At Brock University, where both were heavily involved, that giving legacy will live on through the donation of a cherished piece of art and the creation of a $1-million endowment fund in their memory.

Joe Robertson spent a decade on the University’s Board of Trustees and served as Chair from 2012-14. Anita was an active volunteer with the University and in the Niagara community. Their daughter, Laura, had just been hired to work in Brock’s athletics and recreation department. Tragically, all three were killed in an airplane crash on their way to a family vacation in July 2018. 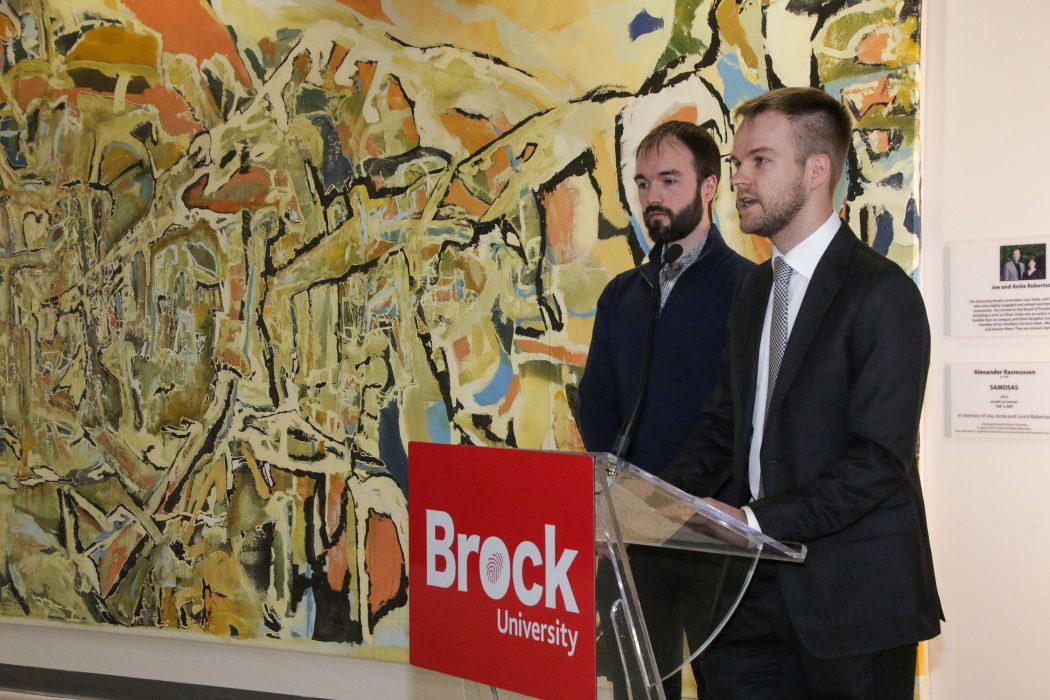 Brothers Taylor and Clark Robertson address a crowd of about 100 people at an event honouring their parents, Joe and Anita, and their sister Laura.

“The Robertson family have been significant contributors to the Niagara community and many initiatives, including here at Brock University,” said President Gervan Fearon. “We were devastated by the loss, but we will always be deeply grateful for their involvement in the growth and success of Brock over many years.”

The Robertsons’ sons, Taylor and Clark, were on hand as a permanent memorial to the family was unveiled at Brock’s Market Hall Monday, April 29.

The artwork unveiled was donated to the two brothers, in memory of their parents and sister, by Niagara artist Alexander Rasmussen, who painted the massive eight-feet-tall by 24-feet-wide piece in 2015.

Rasmussen said Joe and Anita had seen the painting as it was in progress and were looking for an appropriate home for it when the plane crash occurred. Clark and Taylor were pleased to learn that Brock planned to accept the painting and display it prominently.

But it’s not just the artwork that will serve as a legacy to the Robertson family’s commitment to the University.

Joe and Anita left a combined $1 million to Brock, which the University will enhance by $600,000, establishing an endowment to create and fund the Joe Robertson Awards for students in the Goodman School of Business, and the Anita Robertson Awards for Nursing students. Through these two awards, funding will be provided each year to eight graduate and 12 undergraduate students.

“While my parents are physically no longer here, they aren’t truly gone,” Clark said to about 100 people gathered at the Monday ceremony. “Their dreams and values, their hopes and joy, they live within my brother and I. They live within anyone they’ve ever touched and they will be there for the students who go on to earn these scholarships and bursaries — students, who much like my parents, began short on cash but full of optimism and dreams of a better tomorrow.”

Fearon said the family’s philanthropy will “support the success of many future generations of Brock students, and the art they have donated will be proudly on display at Brock to be an ongoing reminder of their support of the arts and commitment to student and community experience at the University.”

Brock Board of Trustees Chair Gary Comerford said the Robertson family’s legacy of generosity and volunteerism is “an inspirational example for us all.”

“Joe and Anita were actively supportive community members on so many levels,” said Comerford. “They gave so much of themselves to this University and to the Niagara region. It’s a foundation they passed on to their children, and a lesson in community involvement for all of us to follow.”