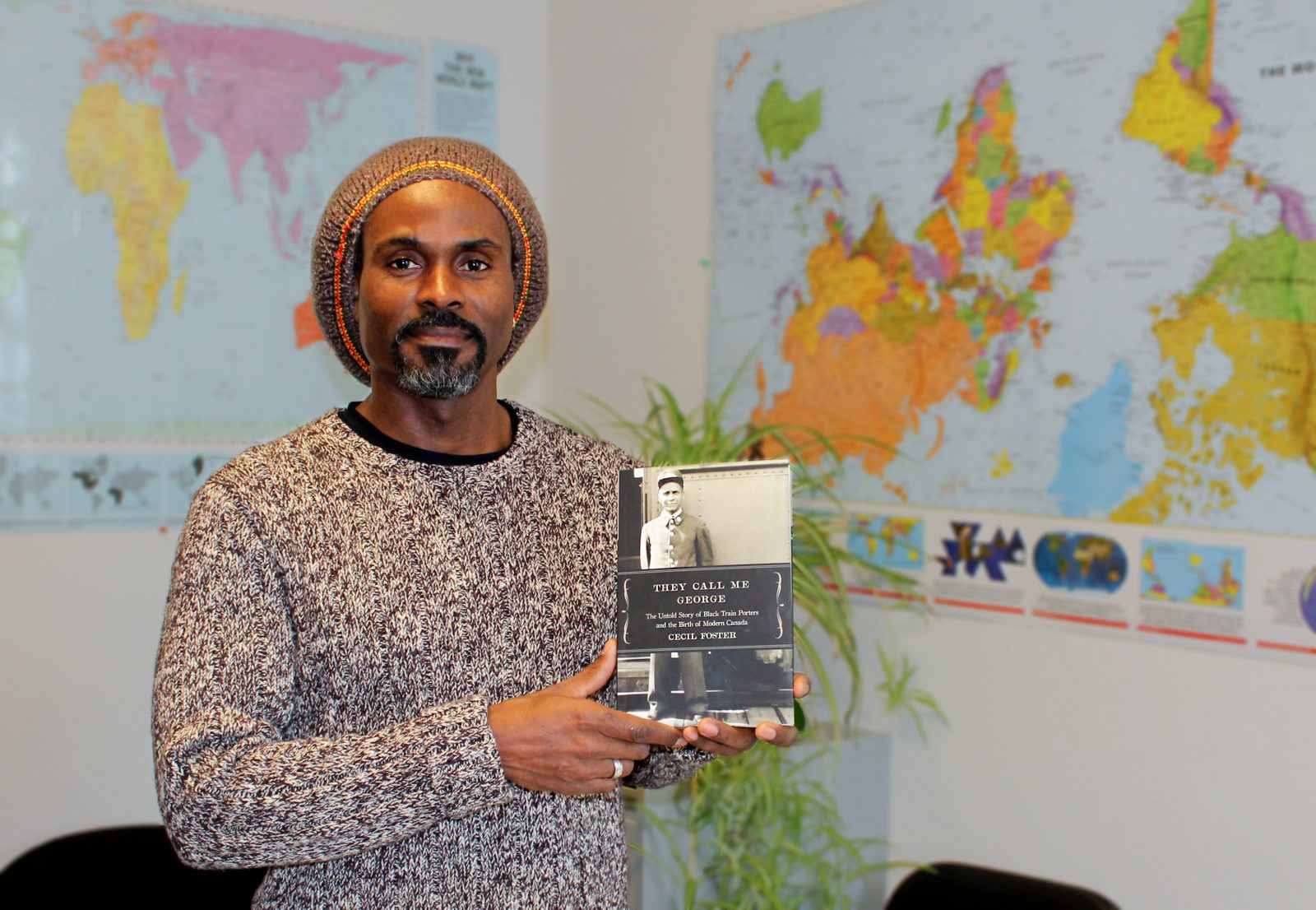 Tamari Kitossa, Associate Professor of Sociology, says Cecil Foster’s They Called Me George shines a light on a hidden chapter of Canadian history.

Eighty years ago, a group of Black railway workers took their fight for fair treatment all the way to the Prime Minister. In doing so, they made a major contribution to immigration policies, human rights legislation and employment equity in Canada, says Tamari Kitossa, Brock Associate Professor of Sociology.

The story of those sleeping car porters is documented in They Call Me George: The Untold Story of Black Train Porters and the Birth of Modern Canada by renowned author, scholar and activist, Cecil Foster.

The Brock University President’s Advisory Committee on Human Rights, Equity and Decolonization (PACHRED) Anti-Racism Task Force will host a public reading and book signing with Foster at the central branch of the St. Catharines Public Library on Saturday, April 20. “Sleeping Car Porters and the Making of Modern Canada: an afternoon with Cecil Foster” is an opportunity for the community to engage with the author about his work.

“The contributions of people of colour tend to get erased from Canadian history,” says Kitossa, but Foster has shone a light on this “hidden history.”

They Call Me George demonstrates that “the sleeping car porters and domestic workers from the Caribbean really struggled hard to open up immigration and employment equity for all,” says Kitossa, effectively laying the foundation for Canadian multiculturalism and human rights legislation.

Their fight for social justice continues to resonate today. According to Kitossa, contemporary social statistics show that African Canadians, next to Indigenous populations, are worse off relative to other immigrant groups in terms of education, health, employment, income and wealth.

“It’s ironic that this community did so much to open space for others, but their grandchildren are falling behind relative to all the other groups,” he says. “Something very clearly is happening in terms of public policy, which is basically anti-blackness in civil society.”

In recent years, a number of community organizations from African-Canadian communities across the country have been meeting with politicians in Ottawa demanding that Canada fulfil its obligations to them, says Kitossa. “The irony is these meetings are taking place 70 to 80 years after the sleeping car porters’ meetings. We need history to remind us that, in some respects, we have forgotten the path that some folks have been walking.

“That’s what Cecil’s work is calling us to do — to pay attention to history in the context of the contemporary situation,” Kitossa says.

As a sociologist, Kitossa considers himself a consumer of history and someone who relies on archival researchers like Foster to provide a sense of “historical continuum” that contextualizes his contemporary sociological work. Foster’s work, he says, is “archival work done well.”

“We often imagine that history books are stodgy and boring, but this is rather exciting stuff,” Kitossa says. “It’s hard to put down.”

Sleeping Car Porters and the Making of Modern Canada: an afternoon with Cecil Foster happens from noon to 3 p.m. in the Mills Room of the St. Catharines Public Library. The event is free, but guests are encouraged to register as seating is limited.

The public event is sponsored by a number of Brock groups, including the PACHRED Anti-Racism Task Force, Master of Arts in Critical Sociology, Human Rights and Equity, and the departments of Political Science, Labour Studies, Sociology, Canadian Studies and Modern Languages Literatures and Cultures.

Event details:
What: Sleeping Car Porters and the Making of Modern Canada: an afternoon with Cecil Foster
When: Saturday, April 20 from noon to 3 p.m.
Where: St. Catharines Public Library, Central Library Branch, 54 Church St.
The free event is open to the public. Seating is limited. Register online through Eventbrite.