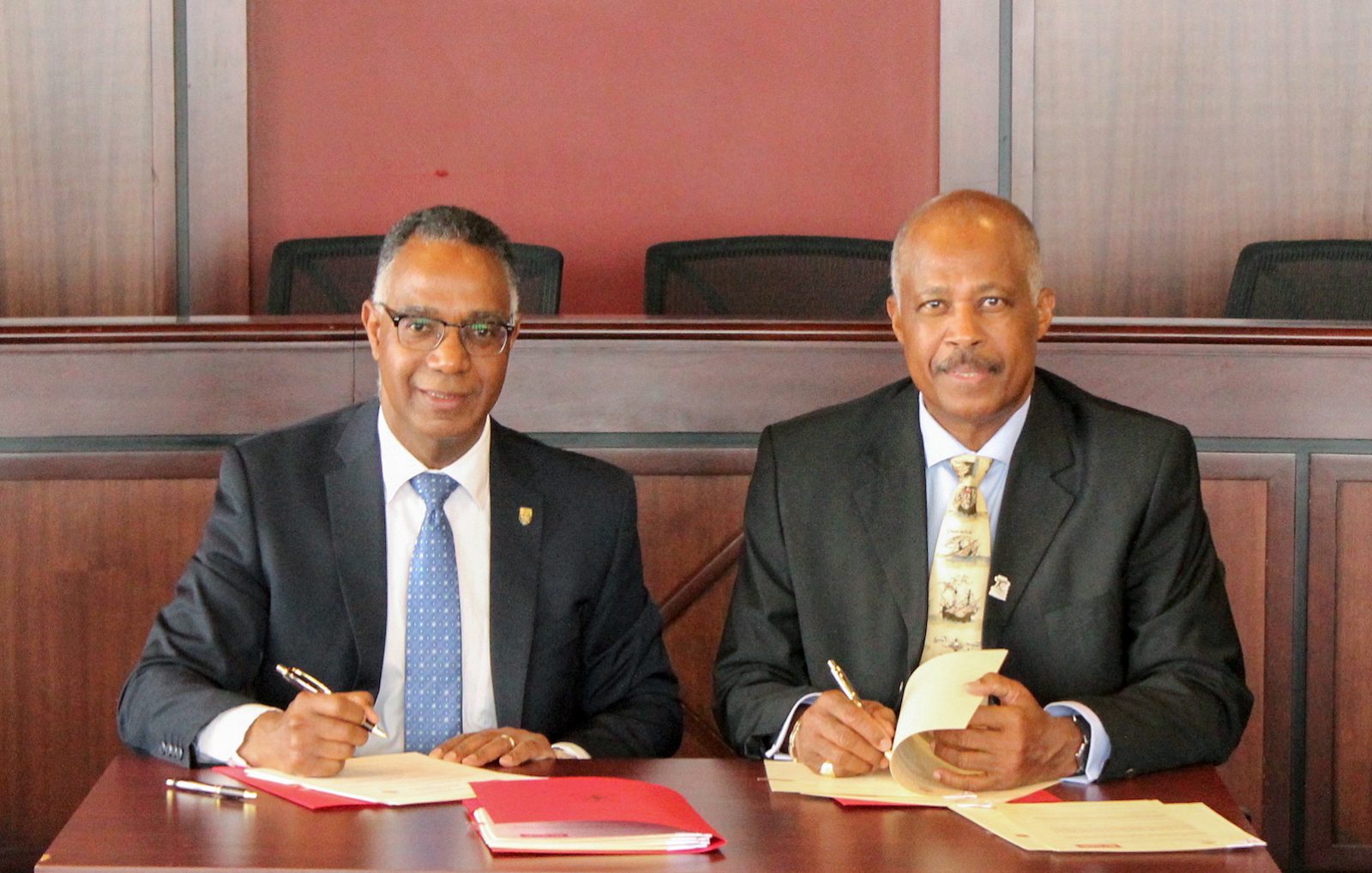 After years of partnering with one another on various initiatives, Brock University and the University of the West Indies (UWI) are now considering the creation of the Institute for Canada-Caribbean Studies.

The schools came together on Brock’s main campus Friday, April 5 to renew two existing memorandums of understanding and to sign a new MOU that will see them begin talks related to the proposed institute.

“The signing ceremony at Brock University is a testament to the relationship we’ve built together over many years, and commitment to the future of Canadian-Caribbean studies,” said Sir Hilary Beckles, Vice-Chancellor from UWI. Beckles highlighted the new agreement and recognized Brock University President Gervan Fearon in his opening remarks at the UWI Gala in Toronto on Saturday, April 6. 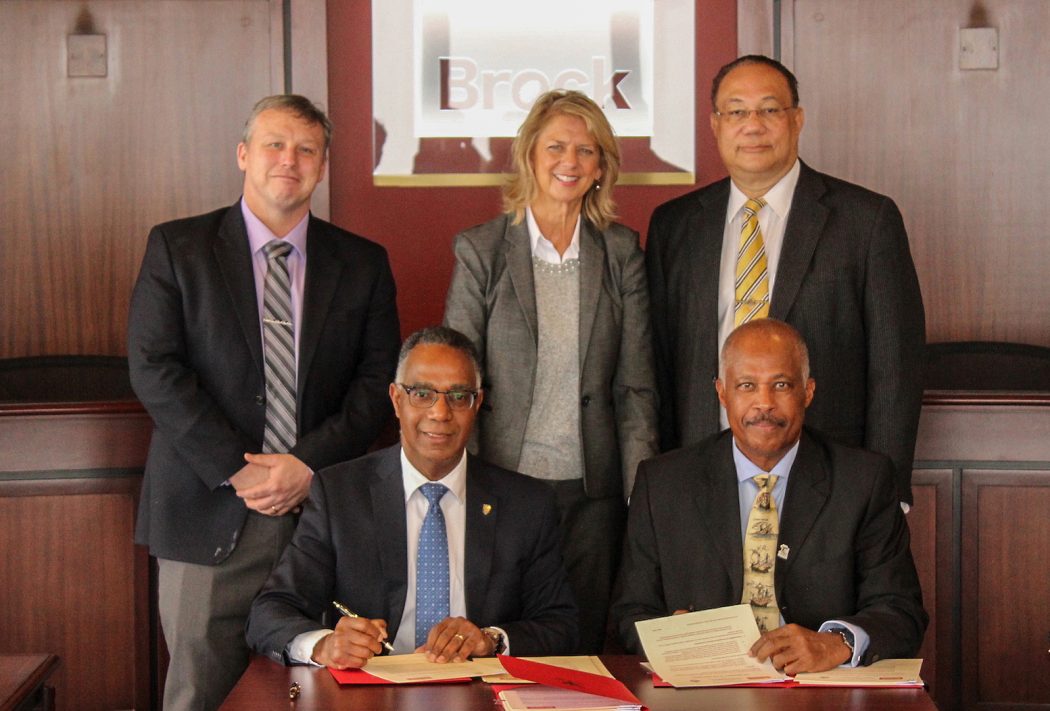 Establishing the Institute for Canada-Caribbean studies would provide a focal point for multi-disciplinary research and teaching to deepen and improve the multi-faceted relationships between Canada and the Caribbean and examine issues affecting the Caribbean diaspora communities in Canada.

At Brock, James Mandigo, Vice-Provost, Enrolment Management and International, will serve as the institutional lead to help facilitate the development of the Institute. His counterpart at UWI, Richard Bernal, Pro-Vice-Chancellor for Global Affairs, will lead a similar process at UWI.

“Establishing an Institute for Canada-Caribbean Studies would be a true reflection of Brock’s global commitment to fostering a culture of intercultural understanding,” Fearon said. “We will also be welcoming scholars from across Canada to be active participants and members of the Institute to collaborate and lead projects related to Canada-Caribbean issues. Our vision is to harness the expertise of the academic community across Canada and the Caribbean to help address important topics that are relevant to those who live, study and work in these regions of the world.”

Established in 1948, UWI has campuses in Jamaica, Trinidad and Tobago, and Barbados, and an open campus, which provides post-secondary opportunities to students in 16 other Caribbean nations. It is the largest higher education provider in the English-speaking Caribbean. UWI was recently ranked in the Top 5 per cent of universities in the world by the Times Higher Education (THE) World University Rankings in 2019.

Canada has played a key role in the development of UWI, including funding support to build residences on the Jamaican and Trinidad and Tobago campuses, and a $20-million grant to support the creation of UWI’s open campus.

Brock’s rich history with UWI includes presenting an honorary degree to Sir Hilary Beckles, professor and pro-vice chancellor and principal of the University of the West Indies in 2014.

Brock is also the first university in Canada to be led by a Caribbean descendant. Fearon underscored the commitment of Brock to building strong ties with the Caribbean during his first international trip as President and Vice-Chancellor of Brock University to the Caribbean in May 2018, visiting Antigua, Jamaica, Trinidad and Tobago, and Grenada.

During last week’s meeting with Brock officials, Beckles and other dignitaries from UWI were joined by Canada’s High Commissioner to Jamaica, Bahamas, Turks and Caicos, and Cayman Islands, Her Excellency Laurie Peters.

In addition to the MOU related to the development of the Institute for Canada-Caribbean Studies, the signing ceremony renewed two MOUs already in place between Brock and UWI.

More specifically, the agreements continue to provide mobility opportunities for faculty, staff and students between institutions.

Faculty from across Canada and the Caribbean will be able to collaborate on joint research activities and participate in seminars, meetings and professional development opportunities. General staff, such as administrative and technical support, along with students from both institutions will also be able to gain valuable international experience through an exchange or short-term program.

More information on Brock University’s international partner institutions can be found on the Brock International website.