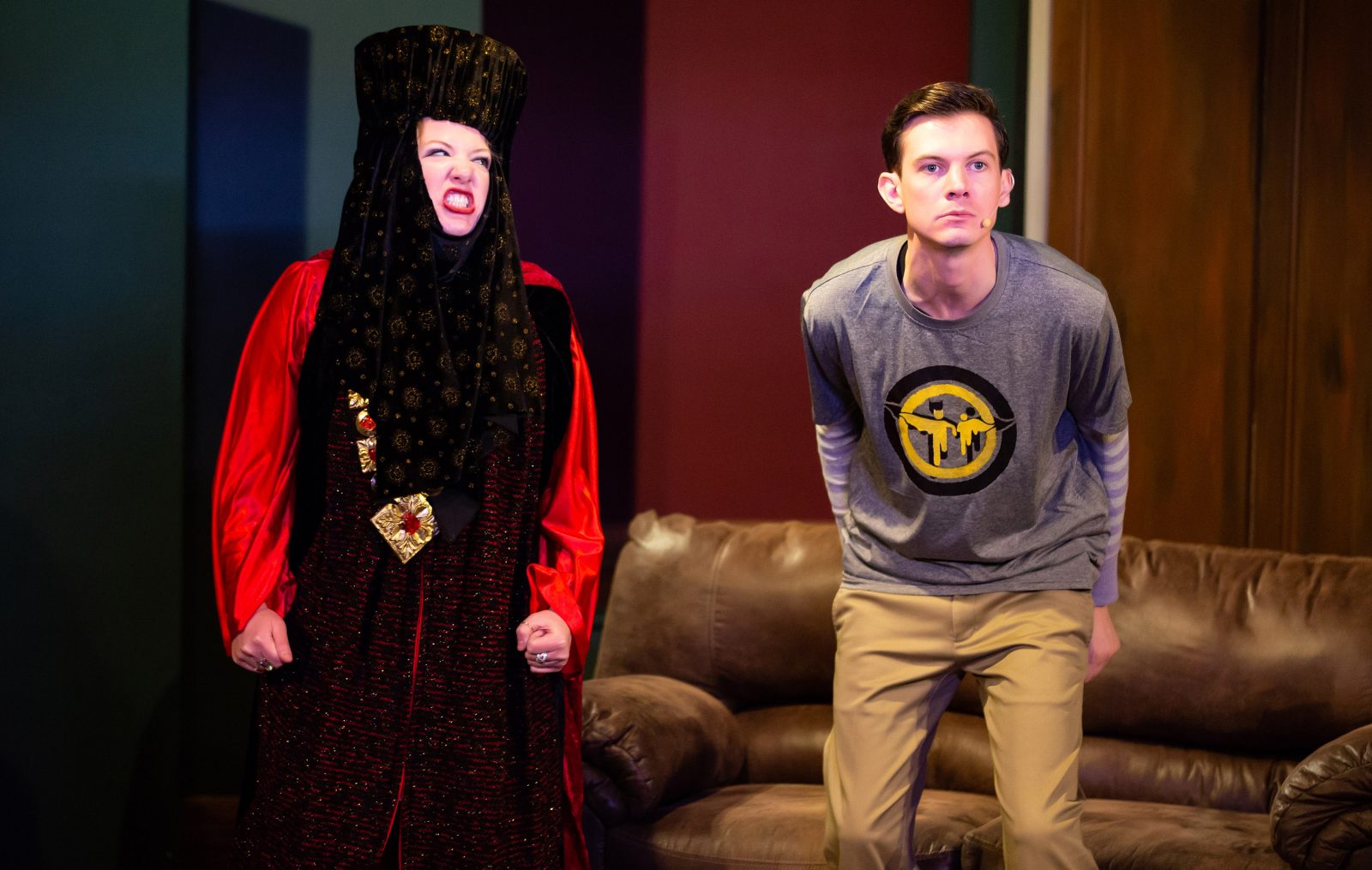 Brock Dramatic Arts alumnus John McGowan (BA ’14) is playing the role of Dr. Sheldon Cooper in the off-Broadway production of The Big Bang Theory: A Pop-Rock Musical Parody. He is pictured with castmate Meagan Michelson (left), who plays the role of Q/Leslie Winkle. (Photo courtesy of Jeremy Daniel)

“Stick with it, don’t be afraid and take chances.”

That’s the advice Brock Dramatic Arts alumnus John McGowan (BA ’14) has for those looking to make it big in New York City.

McGowan was recently cast for the starring role of Dr. Sheldon Cooper in the off-Broadway production The Big Bang Theory: A Pop-Rock Musical Parody.

While this isn’t his first off-Broadway gig — he recently played Gabe Goodman in the Pulitzer Prize winner, Next to Normal — the buzz from this production is what McGowan describes as a “breakout role.” 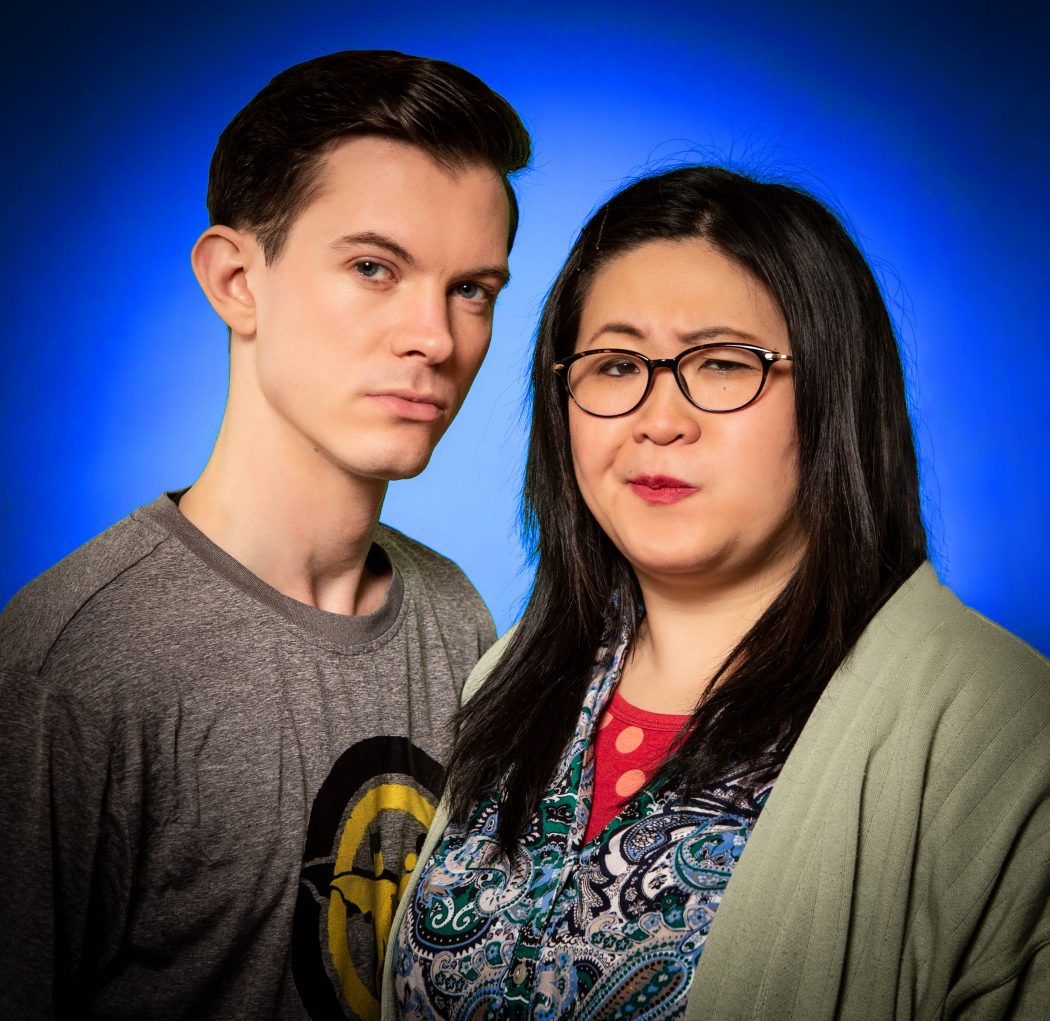 Brock dramatic arts alumni John McGowan (BA ’14) is playing the role of Dr. Sheldon Cooper in the off-Broadway production of The Big Bang Theory: A Pop-Rock Musical Parody. He is pictured with castmate Teresa Hui (right), who plays the role of Amy Farrah-Fowler. (Photo courtesy of Jeremy Daniel)

Although he has been cast as “extreme” characters in the past, McGowan said playing a beloved pop culture character in a long-running comedy has been a new and exciting challenge.

“The thing about comedies is that some audiences are absolutely with you, and it’s easy to feed off of their energies, and then some are dead silent and you have to overcome that,” he said. “That’s been a bit of a learning curve, but it’s been going quite well.”

Shelley Huxley, Brock’s Director of Alumni Relations, offered her congratulations to the actor.

“It’s wonderful to see Brock grads finding their way in such a competitive industry after leaving Brock,” she said. “The University’s fine and performing arts programs were designed to enrich the lives of students pursuing careers in arts and culture, and it’s exciting to see this vision come to life through success stories like John’s.”

McGowan was bitten by the theatre bug at the age of nine, when he began auditioning for a wide range of productions on stage and screen.

He then enrolled to study at Brock, where he majored in Dramatic Arts with a Concentration in Production and Design.

Although he had talent both on the stage and behind the scenes, acting eventually became his sole focus.

He was also an active member of Brock Musical Theatre, playing the part of Nicky in Avenue Q and Angel Dumott Schunard in Rent, and would later land other roles in the Niagara region and Greater Toronto area, including Link in Hairspray.

After graduation, McGowan set his sights on New York City and was accepted into the American Musical and Dramatic Academy (AMDA) with three scholarships.

“It was everything you’d think a performing arts school in New York would be, it was like a boot camp,” he recalled. “I was glad that I went to Brock before going to AMDA because it instilled a maturity in me. Because AMDA is very challenging, the skills I developed at Brock really powered me through and helped me out a lot.”

It doesn’t get any less challenging after graduating, either, he added.

Even the process of becoming eligible to work in another country can be what McGowan describes as “somewhat traumatizing,” because “your career, your life’s work and your validity to stay in their economy and industry” is being judged.

How did he overcome those hurdles?

“Endurance is key if this is what you really want to do,” McGowan said. “You just have to keep going and things will eventually start to fall into place. If you keep showing up, they are going to see you have the drive and eventually pick you up.”

In addition to his most recent role, McGowan has also appeared in several theatrical productions and in venues such as Feinstein’s/54 Below, The West End and The Green Room 42 while working in New York.

With a mounting body of work under his belt, McGowan is now looking toward the future and taking on his next challenge.

“I’d like to branch into film and television more, that’s the next thing I have my eye on,” he said.

And while he wants to give it a few more years in New York, he plans to return to Canada someday.

“Just not quite yet; I’m not quite done with New York,” he said.

The Big Bang Theory: A Pop-Rock Musical Parody is scheduled for an open-ended run and is currently playing at the Anne Bernstein Theatre (The Theater Center) in New York City. Tickets are available online.