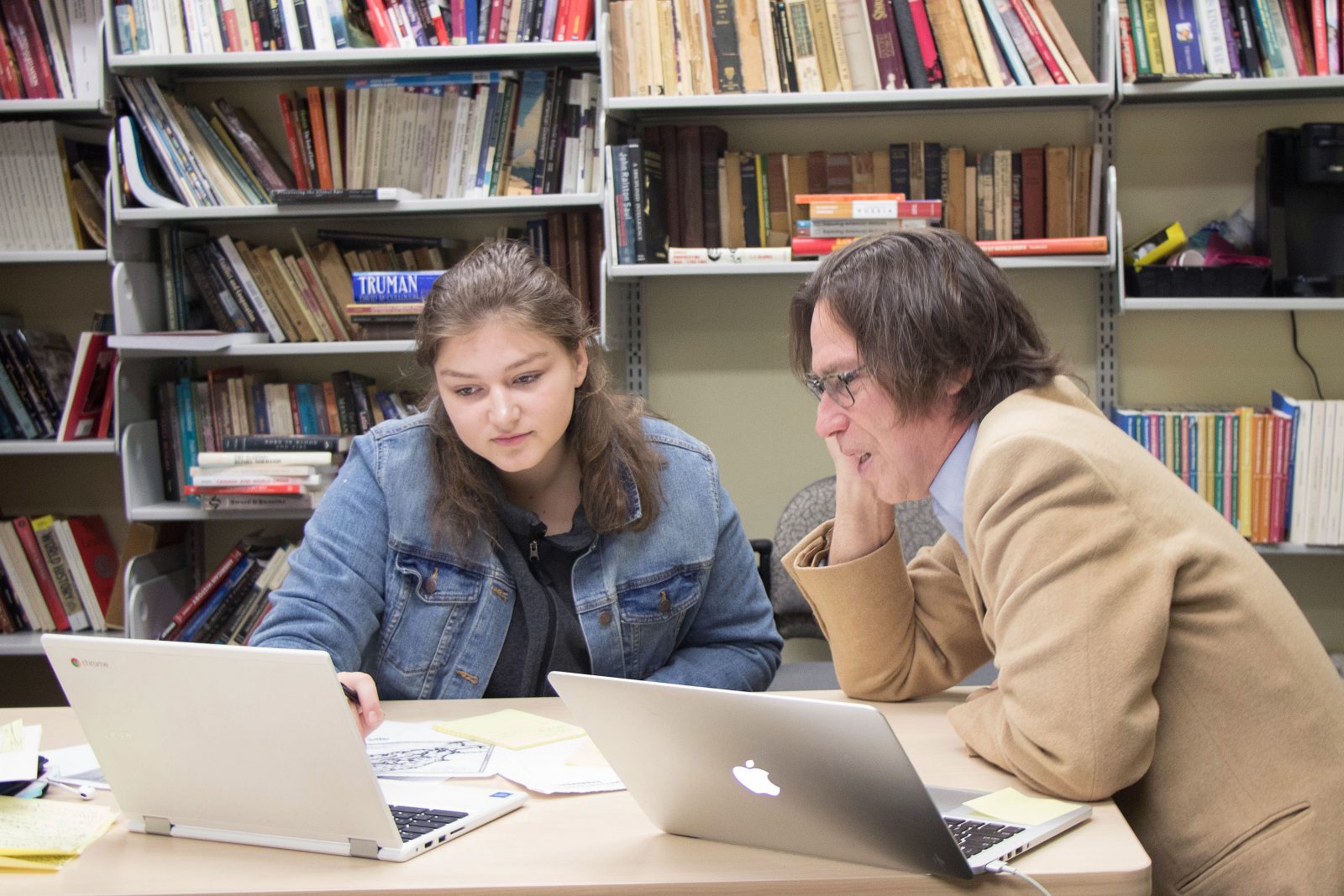 Ally Lawson, a Grade 12 DSBN Academy student, has been working with Associate Professor of History Danny Samson to analyze 18th century maps of Cape Breton, N.S. The project has been part of the Faculty of Math and Science high school mentorship program. Lawson, and other mentorship participants, will be presenting her research at a special symposium on campus Saturday, Feb. 9.

The Grade 12 DSBN Academy student has been working under the guidance of Danny Samson, Associate Professor of History at Brock, to analyze the stories found within maps as part of the University’s annual mentorship program.

Lawson is one of 24 local high school students participating in the program, which is organized by Brock’s Faculty of Mathematics and Science and has been expanded to include multiple Brock Faculties since its inception in 1994. This is the first year Humanities has had a student participant.

Lawson and Samson have been working to build a website that examines five maps of Isle Royale (modern Cape Breton, N.S.) from before and after the Seven Years War (1756-63), when France and Britain fought for control of North America.

The project was inspired by the Daniel Livermore Collection in Brock’s Archives and Special Collections, and includes maps from the Bibliothèque nationale de France, the United States Library of Congress and the National Archives of Canada.

“This is a complex project involving archival research, secondary research, project planning and web construction,” Samson says. “Ally has created a publicly accessible portal for a really interesting and transformative dimension of Canada’s colonial past.”

Lawson started her project in June and even did some research on a family road trip to Nova Scotia in the summer.

“I really like the history I’ve explored,” she says. “I was definitely out of my comfort zone but now that I’ve gone through it, I’ve learned a lot of things.”

The mentorship experience has given Lawson a taste of the university experience. She is confident the skills she’s learned, such as self-motivation, communication and website building, will help her along her educational journey.

Students in the mentorship program will present their research projects at a special symposium Saturday, Feb. 9 starting at 9:30 a.m. in Goodman School of Business 306.

The symposium is free and open to the public.