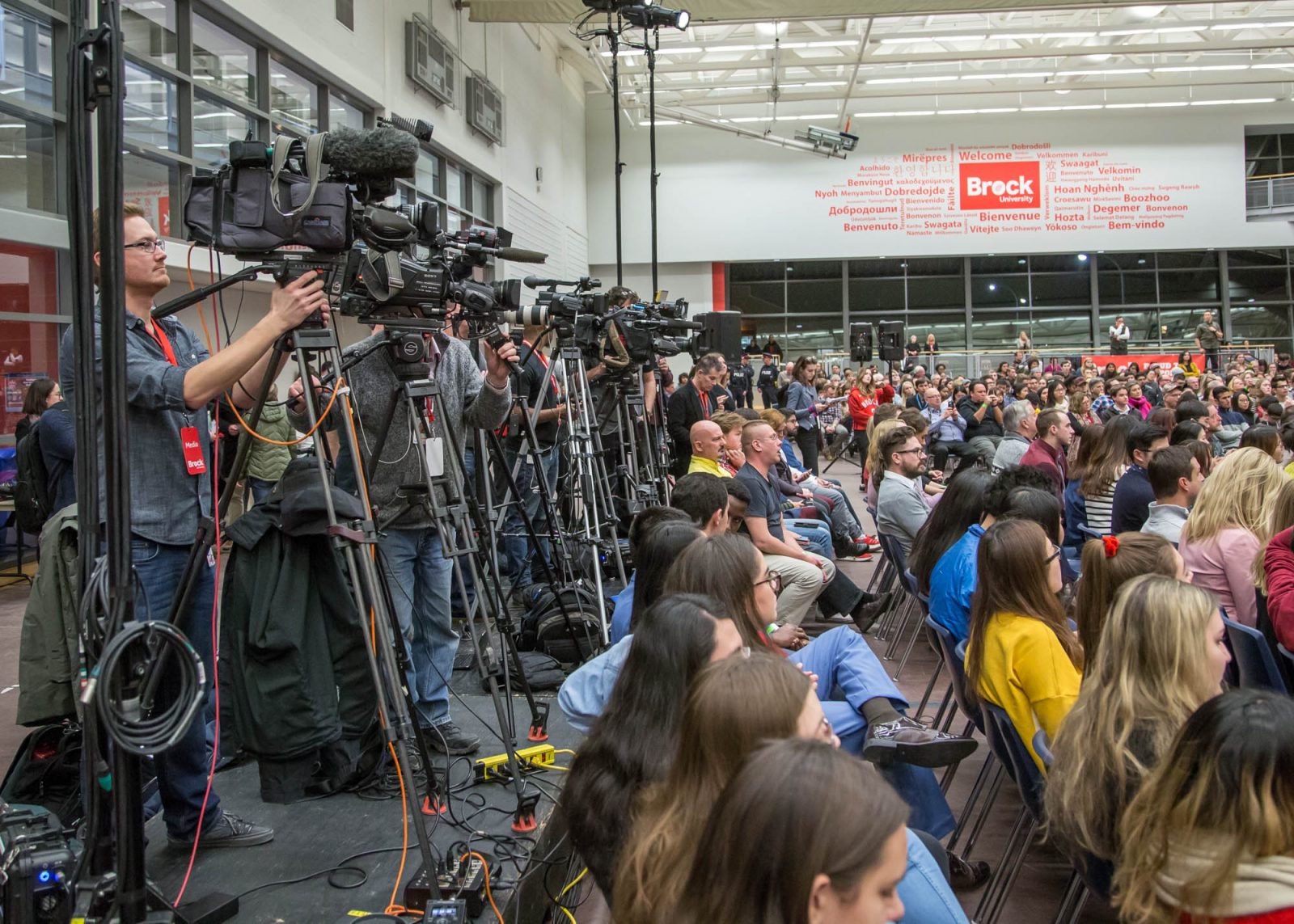 Members of the media focus their cameras on Prime Minister Justin Trudeau during his town hall at Brock University Tuesday, Jan. 15.

It’s time for a new way to regulate social media platforms: An article in the National Post co-written by Associate Professor of Political Science Blayne Haggart examined the possibility of greater government involvement in the regulation of social media.

Charles Kissi paving coaching path through Raptors 905, U Sports: An interview with Charles Kissi about his one-year sabbatical away from Brock’s men’s basketball team to serve as an assistant coach with Raptors 905 was featured on the On Point basketball website.