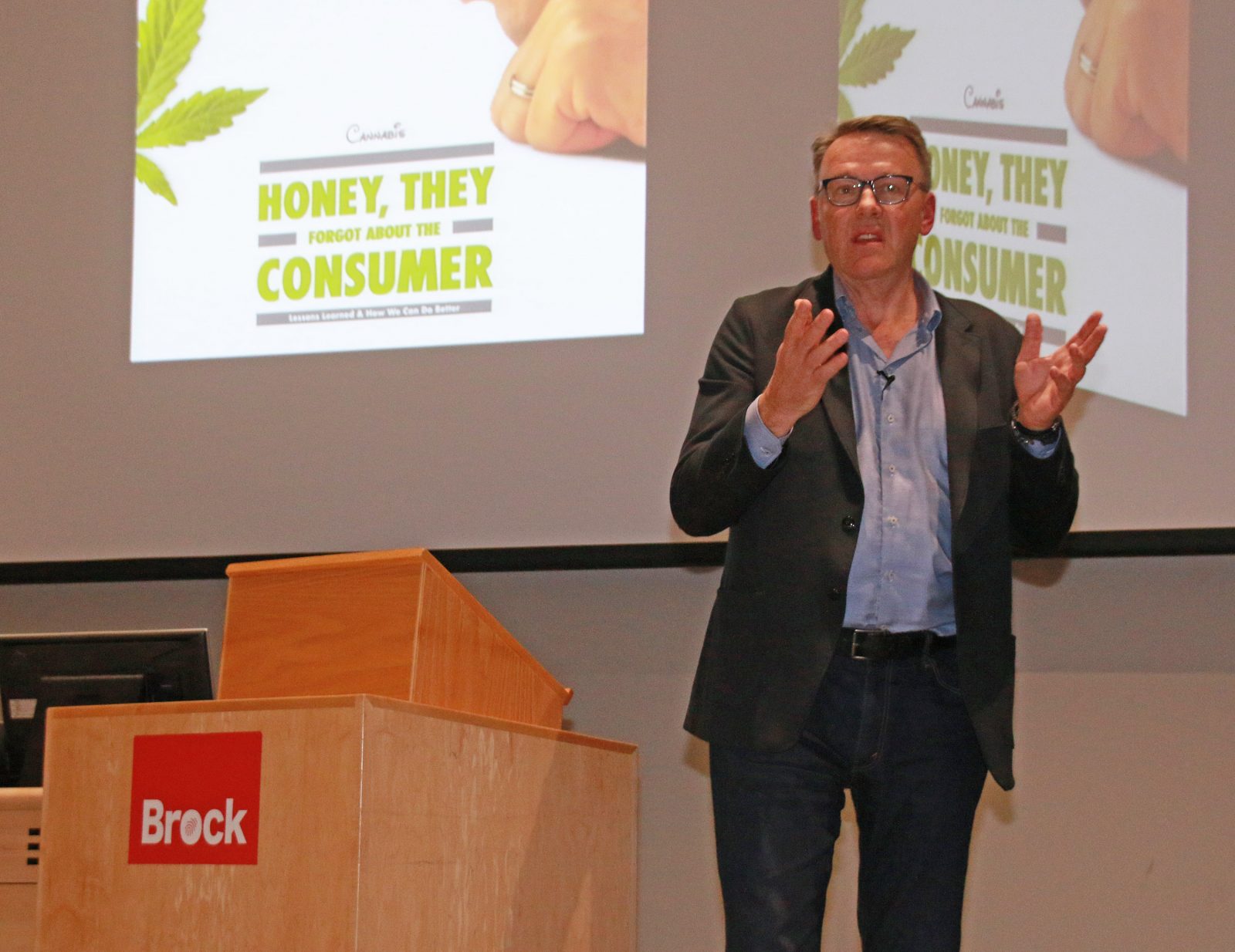 What wine is to France and scotch is to Scotland, cannabis could be to Canada. But, says communications expert Peter Shier, we must fix the errors of our ways first.

The O’Malley Lecture, along with the Grant Dobson Case Competition held with students earlier in the day, is hosted by Brock’s Department of Communication, Popular Culture and Film.

After giving a quick history lesson on Canada’s legalization of cannabis, and breaking down some of the intricacies of the naturally produced drug, Shier talked about what the country could have done and could do in the future to better handle the burgeoning legal industry.

“I think the biggest challenge is information and education,” he said. “There’s a lot of misinformation, bad information or no information out there. Consumers need to be educated because it will help them make knowledgeable decisions about what they’re putting into their bodies.”

Naked Creative started getting involved in the industry in 2011, the same year Shier was diagnosed with cancer and started taking medicinal cannabis to help deal with the effects of the treatments.

Since then, the company has worked with a number of industry partners on branding, marketing, content development and communication strategy, while Shier has become an advocate and public speaker on cannabis-related issues.

Shier said his company’s research revealed that 71 per cent of Canadians have no interest in trying recreational cannabis and 29 per cent have or would try it. But he thinks there are many people who may be interested with more knowledge of the product, such as the difference between THC and CBD.

Using the ‘coulda, woulda, shoulda’ expression as a framework, Shier said Canada could have made the packaging look less evil and more creative, would have been better off without yelling at consumers with its warning advertising campaigns and should have been better prepared by understanding the market.

Ontario, meanwhile, should have been more visible when it came to leadership behind the Ontario Cannabis Store, could have taken more responsibility around the supply problems on legalization day, and could have exceeded the expectations of consumers instead of disappointing them.

“Let the government do what they do best: legislate and enforce, but let private enterprise be customer facing,” he said, adding that it should be left up to private industry to run the upcoming Ontario cannabis stores.

He said there should also be a push to reduce the stigma around cannabis. “Think medicine, not drugs,” he said. “And stop comparing cannabis to alcohol and cigarettes.”

Finally, Shier added that the government should allow branding on cannabis products, which would provide clarification between the wide variety of strains and THC to CBD ratios.

Shier was also one of the judges for the Grant Dobson Case Competition held earlier in the day, where he was joined on the panel by Greg Plata (BSM ’08), also from Naked Creative, Lynn Fletcher, from Fletcher Weir Consulting, and Mark Smyka, an independent marketing and communication consultant.

The team of Bryan Haakman and Julia Baird-Oryschak won the competition and were also honoured with the Top Presenter award. For more information on the Dobson Case Competition, see this story in the Brock News. 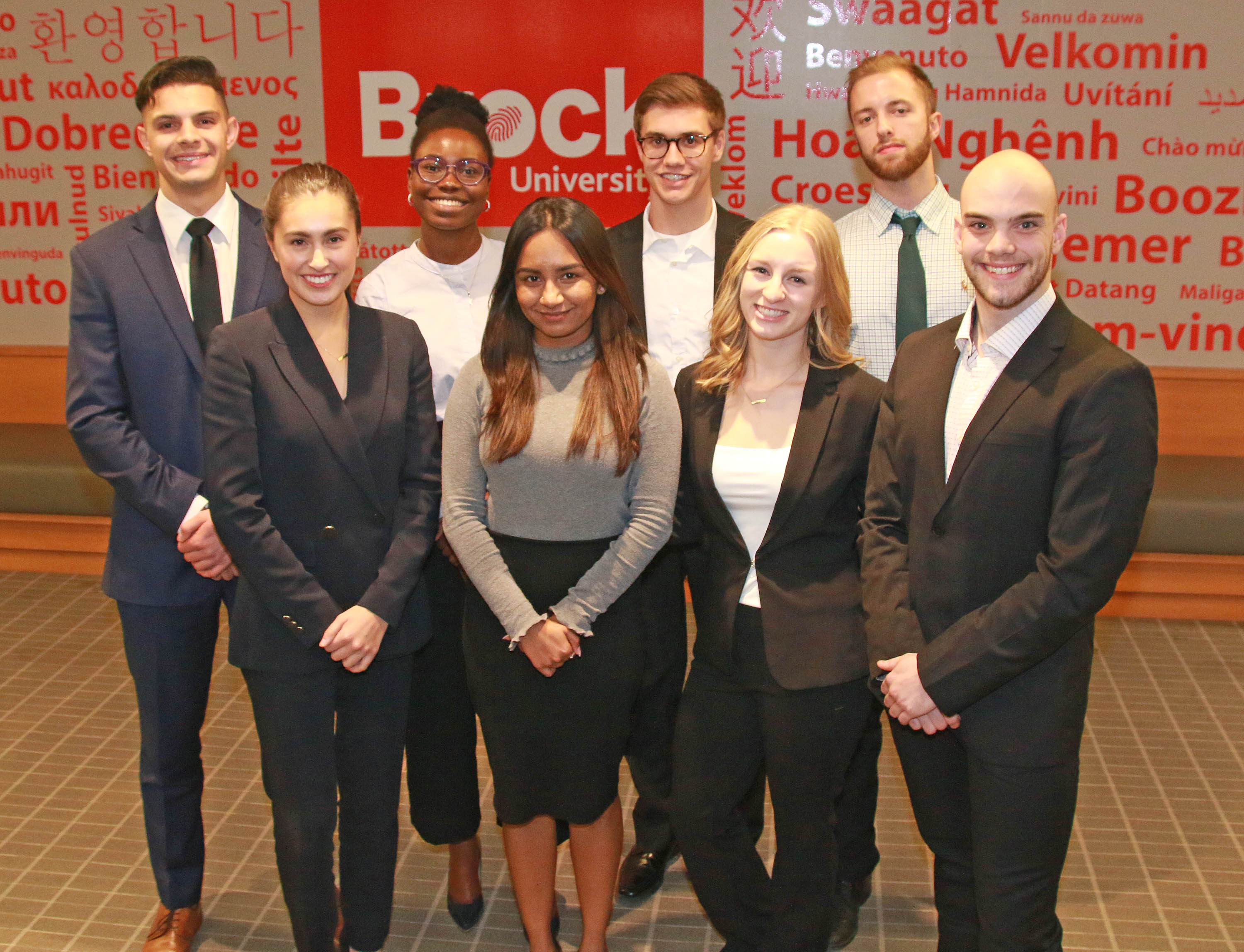