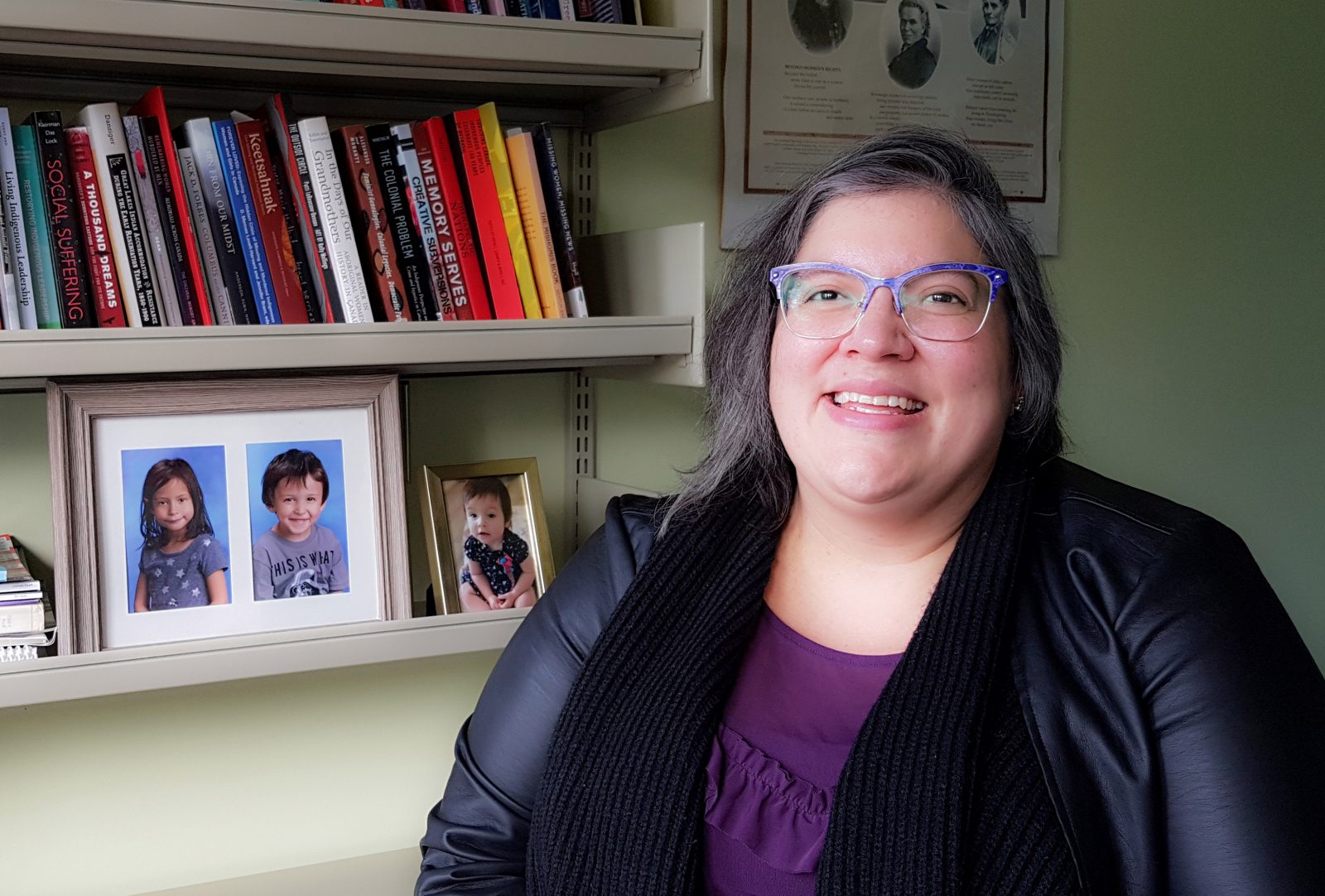 Testifying at the Inquiry into Missing and Murdered Indigenous Women and Girls, Assistant Professor Robyn Bourgeois (Centre for Women’s and Gender Studies) shared not only her opinion as an academic but also her story as a survivor.

Testifying at the National Inquiry into Missing and Murdered Indigenous Women and Girls is not something Robyn Bourgeois ever imagined she would do.

In fact, feeling past conversations had led to no change, the assistant professor of Women’s and Gender Studies had previously stated emphatically that she did not want to participate.

But when she was approached this fall about testifying, she felt it was her responsibility not only as an academic, but also as a survivor, to push forward.

Bourgeois’ doctoral thesis research and upcoming book focus on previous inquiries that have been held at various levels of government since 1980.

“We have spoken to the government about the violence we’ve experienced numerous times,” says Bourgeois, a Cree woman from Syilx and Splats’in territories of British Columbia. “We’ve given them literally thousands of hours of our lives, we’ve given them recommendations on exactly how to fix things.”

Despite those conversations, little has been done over time to improve the lives of Indigenous women in Canada, she says.

Bourgeois was approached about testifying in September because of her research on sexual and human trafficking, and because of her personal history as a survivor.

Initially, she hesitated because she wanted to give the time to the families of the women and girls at the heart of the national inquiry. But, as someone who had experienced this violence first-hand, she also saw this as an “opportunity to speak for other trafficked and exploited women.”

“I realized that this was my shot to potentially impact an important, high-level, governmental conversation,” she says, “and I would never forgive myself for not taking this shot.”

Bourgeois was initially set to testify in St. John’s, N.L., but weather forced her to instead participate remotely from her office on the Brock campus. Still, it was a gruelling experience.

The nine-hour day in mid-October began with a direct examination by the inquiry’s attorney, followed by cross-examination from the lawyers representing 18 groups with standing.

Bourgeois had planned to limit her testimony to her academic expertise, linking sexual violence to structural and sociological phenomena in Canadian society. However, when she was asked for an Indigenous feminist response to the tragic stories of women who killed themselves because of sexual exploitation, an academic answer seemed inadequate. Instead, her lived experience informed her response.

“I just snapped,” she says.

For many years, Bourgeois was a suicide risk. In moments of weakness, she says, survivors like her often blame themselves and “believe the hype that their victimizers tell them — that they are worthless and undeserving.”

Although she has shared her story before, reliving her trauma on a national stage was itself traumatizing.

“Even in the rawness, I knew I did the right thing,” Bourgeois says. “And I know I have to keep doing this, even though it’s hard. And it is really hard.”

Part of why Bourgeois speaks out, despite the pain, is to ensure people “know they can go through hard things, that it’s OK to not be OK,” she says.

Bourgeois’ story could have ended quite differently; DNA of one of her friends from Vancouver’s downtown east side was discovered on serial killer Robert Pickton’s boots. For years, Bourgeois wondered how she survived a situation that claimed the lives of so many other women but, perhaps the bigger question is why.

“I’ve always believed that I survived for a reason. I got a second chance,” she says. “I have to do everything I can every single day of my life to make things different.

“That’s why, even though I’m not convinced that inquiry is going to change anything, I had to go and try,” she says. “Because if I didn’t, I would always wonder if I could have said something that would have made a difference.”

Bourgeois describes the problems that have plagued the inquiry as a manifestation of the country’s larger conflict between “two ways of knowing: colonial and Indigenous.”

Despite those challenges, she remains hopeful — a crucial lesson she learned during her own ordeal.

“If I had lost hope, I would have died,” she says. “I have hope for my daughters and my son.”

Her three children are the reason she persists.

“I owe it to myself, to my kids, to every Indigenous woman and girl across this country.”