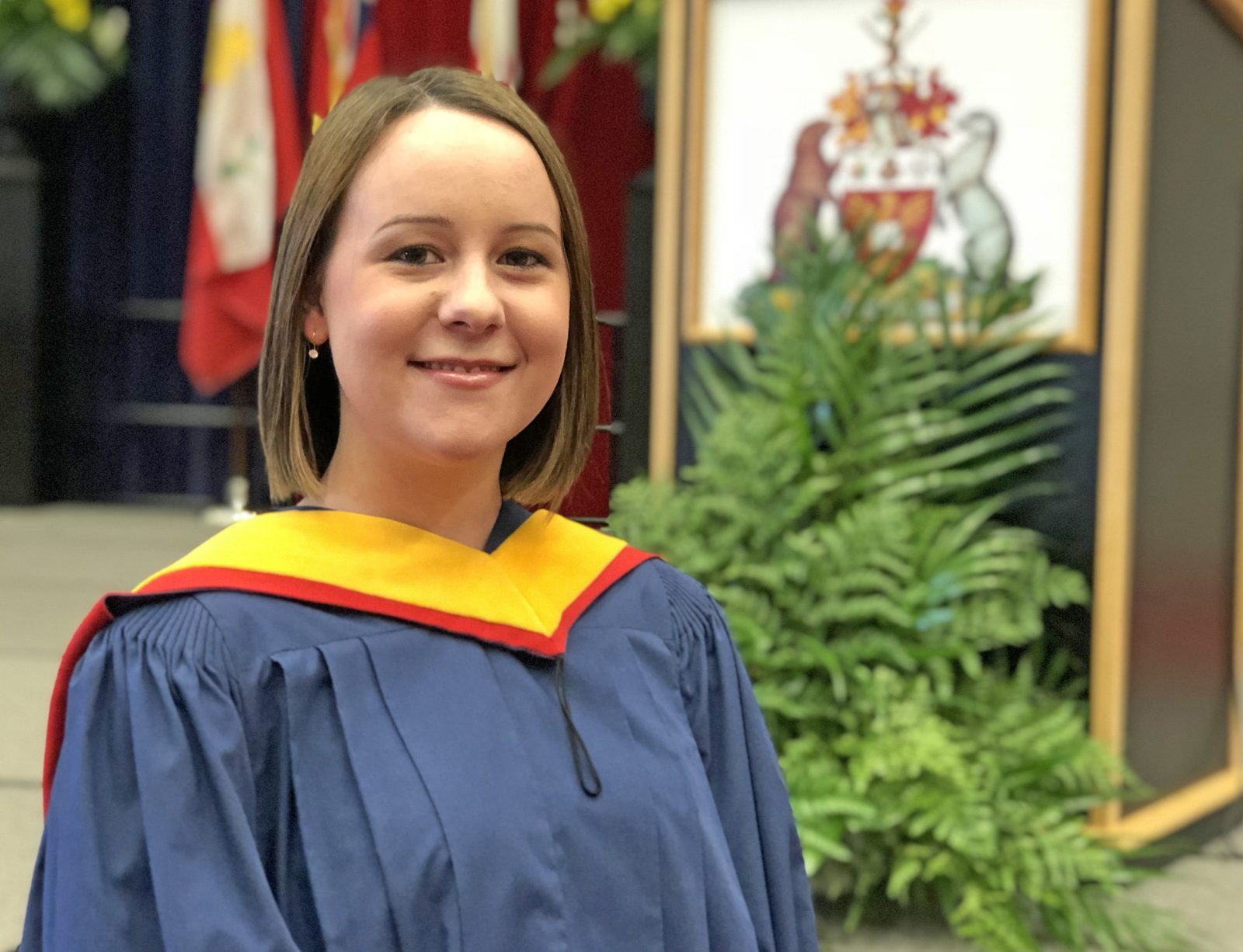 For Evans Boadi, choosing a place to study came down to selecting an institution whose faculty members’ areas of expertise best reflected his own interests.

With a focus in mathematical physics, his research led him to Brock University and Professor Stephen Anco. Together, they were the first to discover a new equation model that describes the interaction of two waves amplitude. 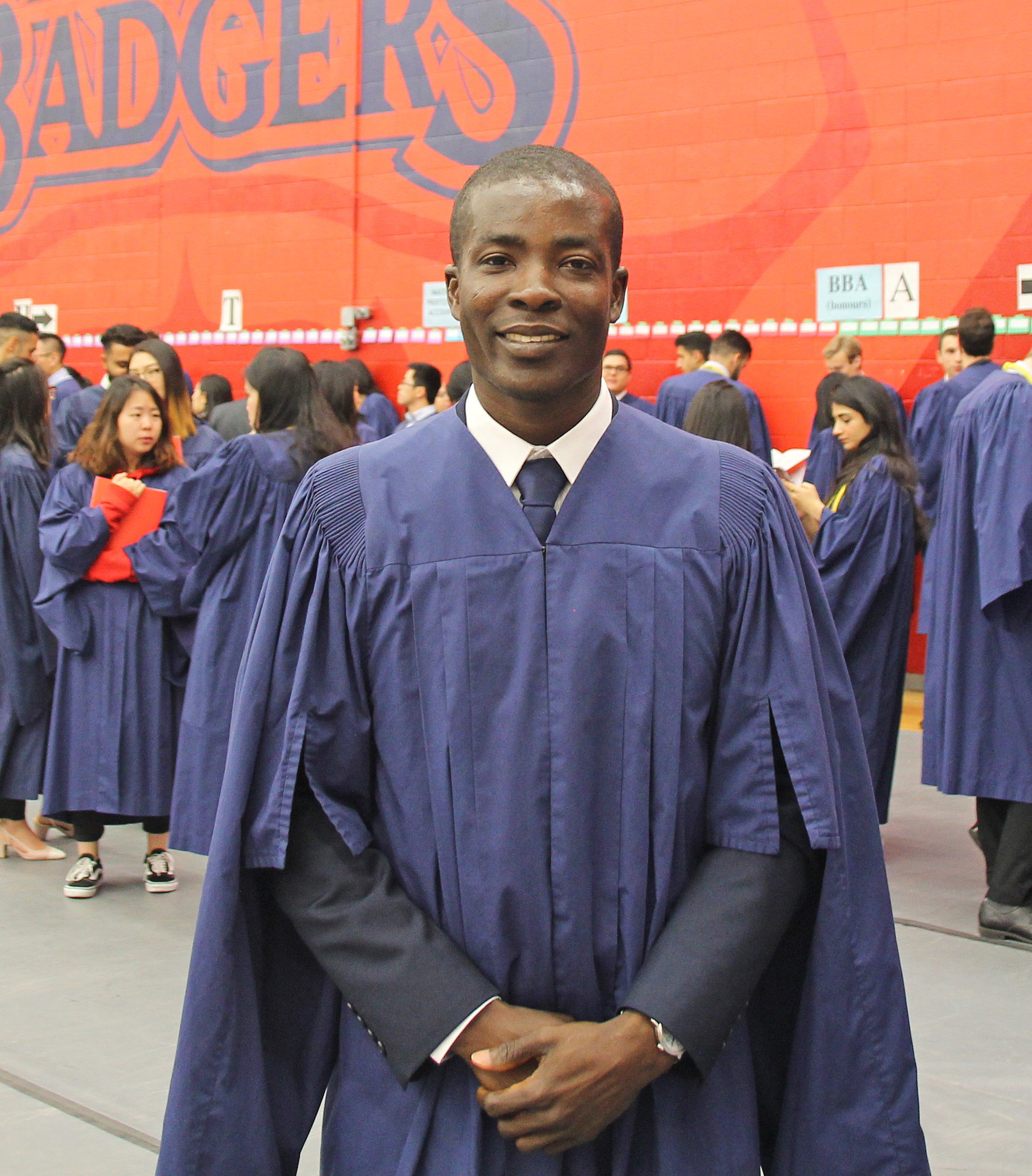 On Friday, Oct. 12, Boadi not only crossed the Convocation stage having earned his master’s degree, but he was also honoured with a Board of Trustees Spirit of Brock award given to students who best exemplify the spirit of the University’s namesake.

“I feel proud. Getting all this done in two years was not that easy, but I’m happy being a student at Brock. I know that hard work pays off,” he said.

Boadi began his post-secondary career at Kwame Nkrumah University of Science and Technology in his home nation of Ghana. Since arriving at Brock in the Fall of 2016, he has left an indelible mark on the campus community. He was selected as an International Student Ambassador, served as the Vice-President of the Graduate Students’ Association and currently serves as secretary for the Canadian Union of Public Employees. He was also a Brock Guide, Conversation Partner, and a member of Brock’s internationalization committee.

The Spirit of Brock honour came after receiving the International TA Award and the President’s Surgite Award last year.

“Brock is such a friendly environment where if you have the passion and the dream that you want to do something, you’ll get the opportunity to do it,” Boadi said. “It’s great to be a student here.”

Joining Boadi in winning Spirit of Brock awards were Janelyn Dela Cruz, who received a Math and Science degree Friday, and Nigel Crosscombe, who graduated in the spring with a master’s in Education.

Cruz earned the award through her extensive volunteer experience both locally and abroad. She has helped out at the St. Catharines hospital, the Arthritis Society of Canada, the Learning Disabilities Association for the Niagara Region and Brock’s Reading Rock program. She also joined the Missionaries for the Poor in Jamaica in 2016, working with abandoned children, the elderly and HIV patients. 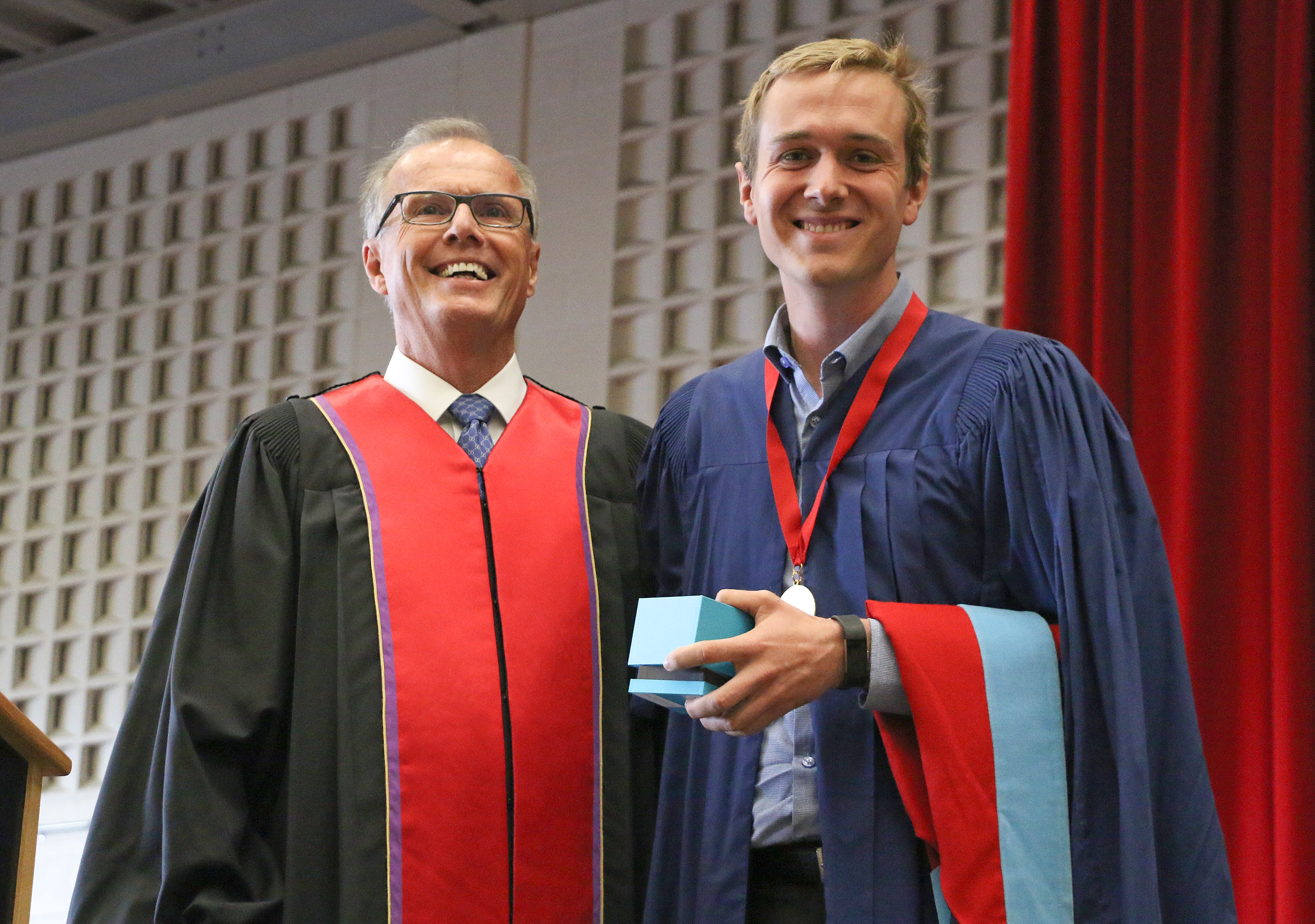 Board of Trustees Chair Gary Comerford presents the Spirit of Brock Medal to Nigel Crosscombe.

Crosscombe focused his graduate studies on innovation, completing an experiential education placement in the Educational Research and Innovation Hub. The collaborative venture between the District School Board of Niagara and Brock’s Faculty of Education helps foster educational technology innovation and entrepreneurship. Crosscombe also volunteered with Brock’s Learning Lab and previously won the Brock President’s Award. Last year, he volunteered as the English Enrichment Program Facilitator at the Global Pathways School in Chettipalayam, India.

“His energy and drive to support others seems endless,” wrote a supervisor. “Teaching coaching clinics, providing tips for educators, helping other students in need … he carries more than a full plate on behalf of Brock.”

Among the awards handed out Friday were the Governor General’s Silver Medals, given to the two students with the highest academic standing out of all graduates from the 2018 Convocation ceremonies. Mathematics and Statistics student Rachel Clemens had a 95 per cent average while Physics student Bill Truong finished with a 97.

Clemens, a St. Catharines native who graduated in the spring, said her secret to success was organization.

“You have to be very good at time management,” she said with a laugh. 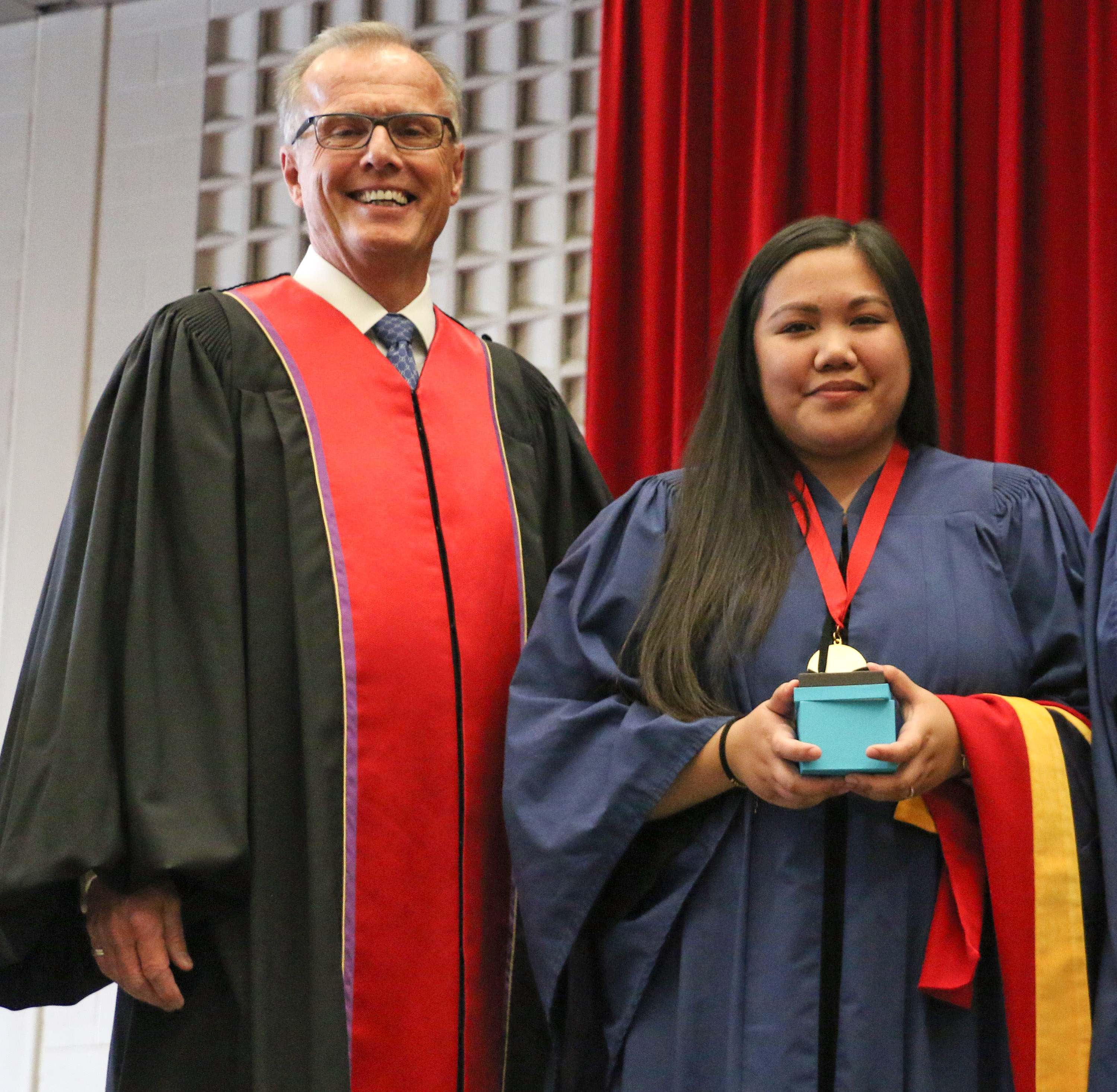