Critelli calling it a career 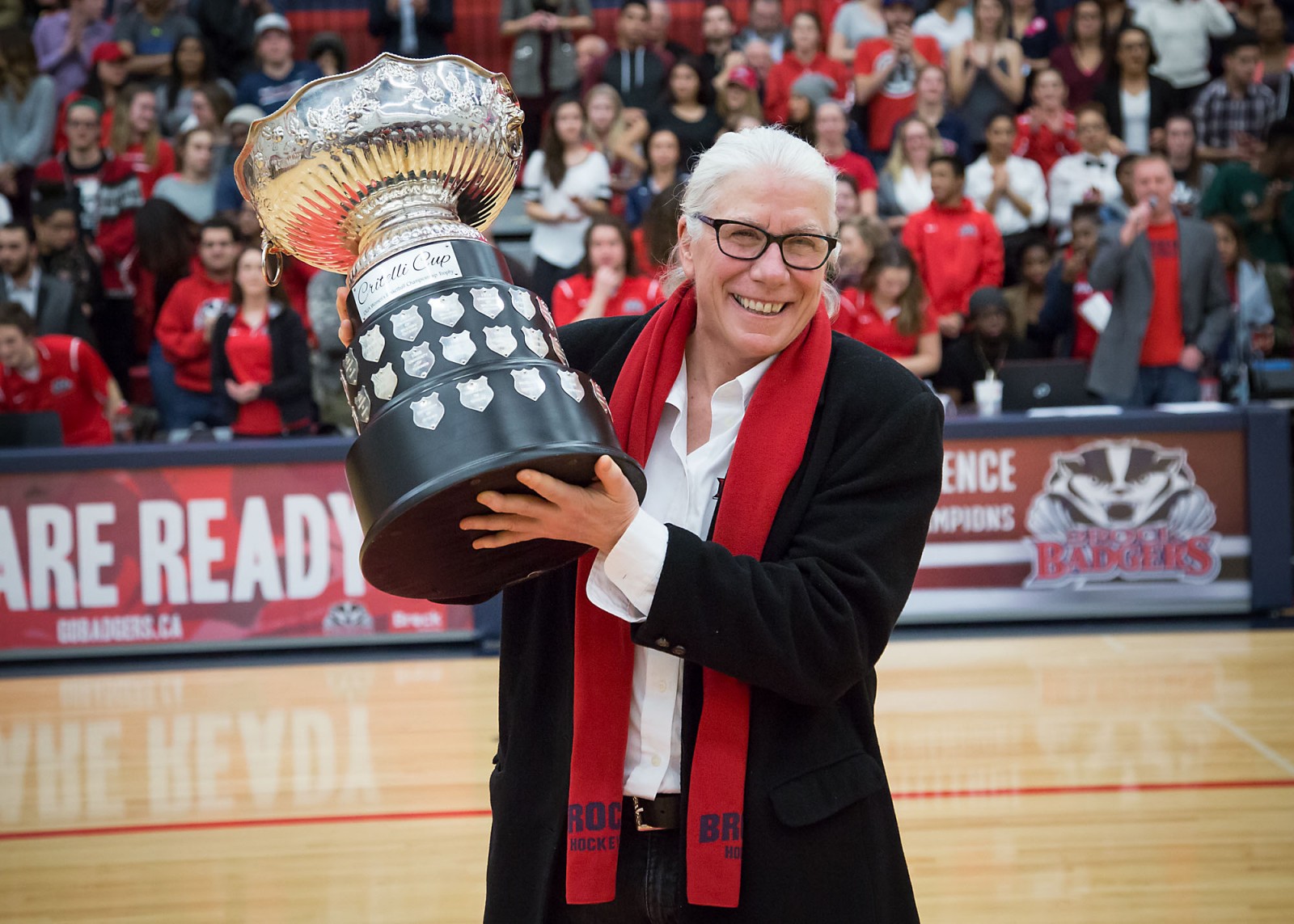 Her name has been synonymous with Brock athletics for 35 years, but at the end of August, Chris Critelli will retire from her role as Assistant Athletic Director.

Although her last official day is Aug. 31, Critelli’s last day on campus will be Friday, Aug. 24. The former basketball coach will use her final week of vacation to play in the Canadian Golf Championships being held at Lookout Point. It’s an appropriate way to kick off retirement for a woman who has become one of the best female golfers in the province.

“One of the reasons I really wanted to retire was to see what I can do with this game,” said Critelli, 61. “I admire people I compete against who are going down to the USGA and British Open Seniors. I really aspire to be that good. On the other hand, I have a lot of other interests. I have to decide whether I want to put all my time and effort into golf.”

As a basketball player, the Niagara-born Critelli went to the Olympic Games in 1976 and won three international bronze medals. She is the only player in history to have won both an NCAA and CIS championship.

Once her playing days were done, Critelli joined the Brock women’s basketball team coaching staff under Pat Woodburn in the fall of 1982.

“That was perfect because it gave me an opportunity as an assistant coach to get my feet wet and learn under Woodburn. After that, it was 27 years of coaching and I loved every minute of it,” she said.

After racking up 393 career wins, six divisional titles and an OUA championship, Critelli retired from coaching in 2009, when she was named assistant athletic director.

“It’s about people for me,” she said. “When my alumni come back and show me their kids … to think that they value being at Brock and playing basketball so much to stay in touch is really special to me.”

Critelli was inducted in to the halls of fame for Canada Basketball, Ontario Basketball and the City of St. Catharines, and in 2016, Ontario University Athletics renamed its women’s basketball championship trophy the Critelli Cup in her honour.

“That’s a huge highlight of my career. I was so honoured and blown away,” she said.
“I never thought in a million years they would name the cup after me.”

Critelli said stepping away from the basketball court allowed her to follow her other passions — namely writing a book, taking up curling and perfecting her golf game.

She won the overall women’s Champion of Champions title in the spring of 2017, and also later qualified for the Canadian Women’s Mid-Amateur and Senior Championship being held next week at Lookout Point Country Club in Fonthill.

“I feel my coaching and playing experience in basketball have helped me in golf,” she said. “I can apply a lot of things I’ve learned through my coaching career about letting things slide. Whether its wind or rain or an opponent getting in your head — those things don’t bother me.”

Brock Sports Director Neil Lumsden said he knows Critelli will be successful in whatever she decides to focus on in the future.

“She will continue to challenge herself and those around her, and always with a smile. That’s the same smile you’d see from her when she schooled an opponent on the court in her playing days,” he said.

Critelli is also looking forward to spending more time with her father, who is 92 years old and still enjoys golfing.

“My family has been very supportive. They’ve been really important in my career as an athlete, a coach and an administrator. I always go to them for advice and help and they’ve been wonderful,” she said.

Taking over for Critelli as Associate Athletic Director will be Emily Allan (BPhEd ’05, MEd ’13), who has been the head coach of Brock’s cross-country team since 2011. She has worked in Brock’s Faculty of Applied Health Sciences since 2007, most recently serving as the Experiential Education Co-ordinator in the Department of Sport Management.

“Handing over the reins to a young female is awesome,” Critelli said. “She is going to have the energy and enthusiasm that was maybe waning with me because I was looking forward to other things. I think it’s great for the department and for Emily. She has been a part of our team, so she knows what we’re all about.”

A lifelong athlete, Allan competed for the Brock cross country team and was an elite triathlon. More recently, she has turned her attention to running, competing at the Boston Marathon earlier this year. She has also raised nearly $60,000 for Cystic Fibrosis research over the past seven years, including running the entire 895-kilometre length of the Bruce Trail in 2017.

But while Critelli is stepping away from Brock, Lumsden said her impact on the University, and the wider basketball community, will be felt for many years to come.

“Rarely have we seen anyone make such a huge and positive impact in sport the way Chris has done,” he said. “She didn’t just spend her years in sport, she made a massive impression at every level she touched. Her depth of experience and knowledge in sport while caring for student-athletes will be missed.”