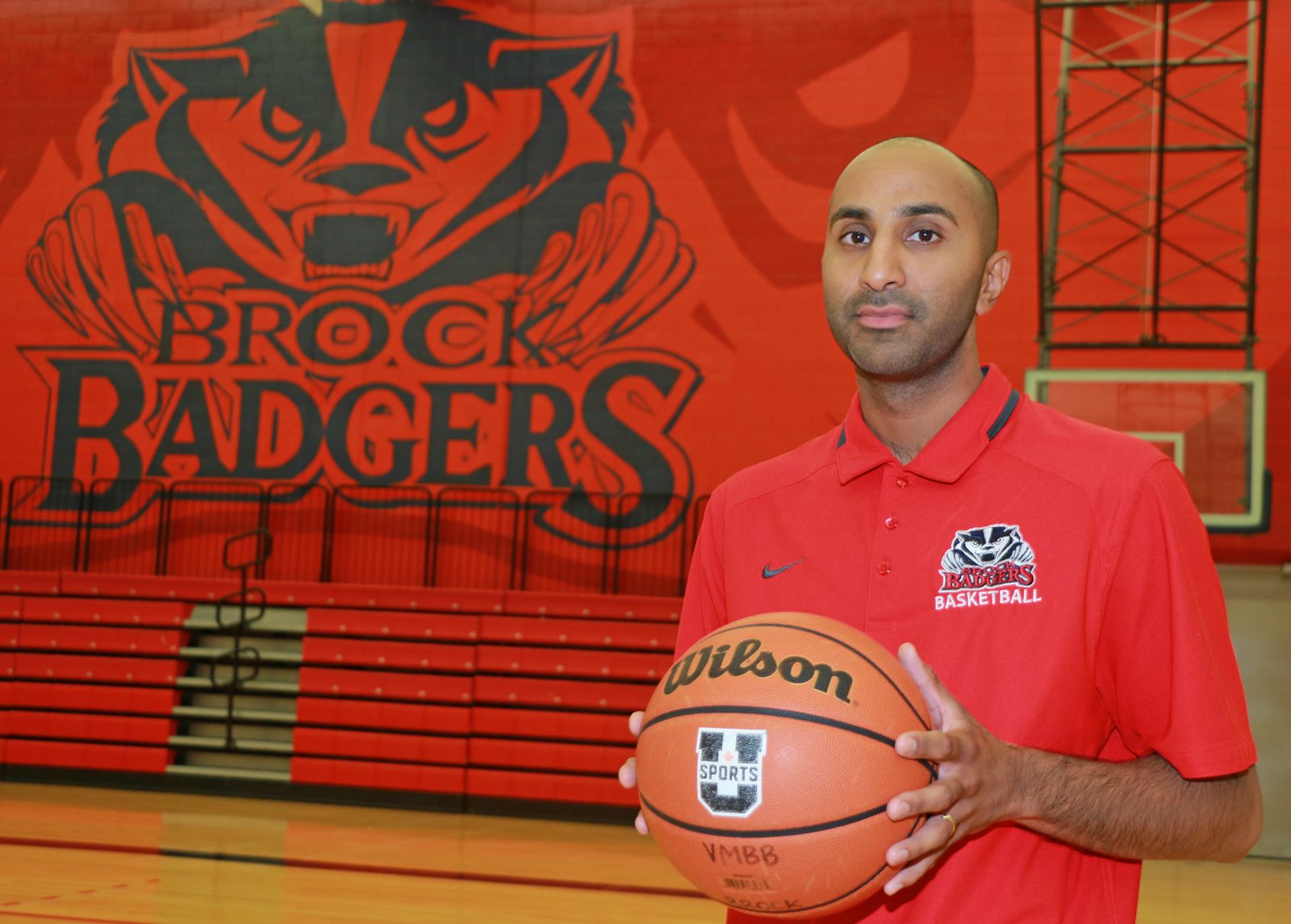 A coach with significant university and international experience has been handed the keys to the surging Brock Badgers men’s basketball team.

Madhav Trivedi, who spent the past five years as an assistant coach at McGill University, has been named interim head coach by Brock Sports Director Neil Lumsden.

Trivedi will replace Charles Kissi, who is taking a one-year leave to become an assistant coach with Raptors 905, the NBA G League affiliate of the Toronto Raptors.

“We are very fortunate and excited to have Madhav step in as the interim head coach for our Brock men’s basketball team,” Lumsden said. “He brings a number of great qualities that align well with how Charles has built this program. Our expectation is that we continue to elevate the program, which matches the existing trajectory of the players, assistant coaches and Brock Sports.”

Trivedi spent four years playing for the Ryerson Rams before joining the coaching staff as a student assistant in his fifth year under head coach Roy Rana, setting in motion a career behind the bench. He was then hired as an assistant coach at Queen’s University before moving to McGill in 2013, where he remained for five years.

“I got a chance to work with and learn from one of the best coaches in our country,” he said of McGill coach David Deaveiro. “We won four out of five Quebec championships, went to four U SPORTS National Championships and had four all-Canadians. We really had a great run.”

Away from the university basketball scene, Trivedi has been heavily involved in coaching and recruiting, most notably working as a scout with the Israeli Under-20 national team, which recently won its first-ever European Championship.

Trivedi decided to move his family back to Ontario from Montreal this summer and thought he was headed back to Ryerson until Kissi called him with the opportunity to coach the Badgers.

“Coach Charles embodies what I believe the coaching family should be. He’s providing me with an opportunity, which is so hard to get in this country because there are so few jobs. I couldn’t say no,” Trivedi said.

Kissi has left the Badgers in good shape for his successor. The men’s basketball team won a record-tying 31 games in 2017-18, including a win in the consolation final of the U SPORTS National Championships. Just getting to the Nationals was a huge accomplishment for the Badgers, having not been there since Brock won a national title in 2007-08.

The Badgers will have to move forward without graduating player Dani Elgadi, who led the team for five years, but Trivedi is confident others are ready to step up.

“You can’t replace a guy like Dani, but he is who is because of his teammates and I know they are ready to keep this going. Coach Kissi has built a program where every young man is developing as a person, which means there are multiple leaders in the program. Guys here know what it takes to be a Top 5 team in the country and they want to do it,” he said.

The new coach’s philosophy is that you must look at a team as starting from scratch each year.

“Even if you’re coaching a team for 10 or 15 years, every season is totally different,” he said. “But with every program, you’re trying to be the best you can and get to Nationals. So for me it’s the day-to-day progress and constantly trying to get better. If you focus on that, you’ll reach your potential.”

The Badgers 2018-19 regular season gets under way Oct. 26 at home against Wilfrid Laurier.