Nurturing the next generation of Brock leaders 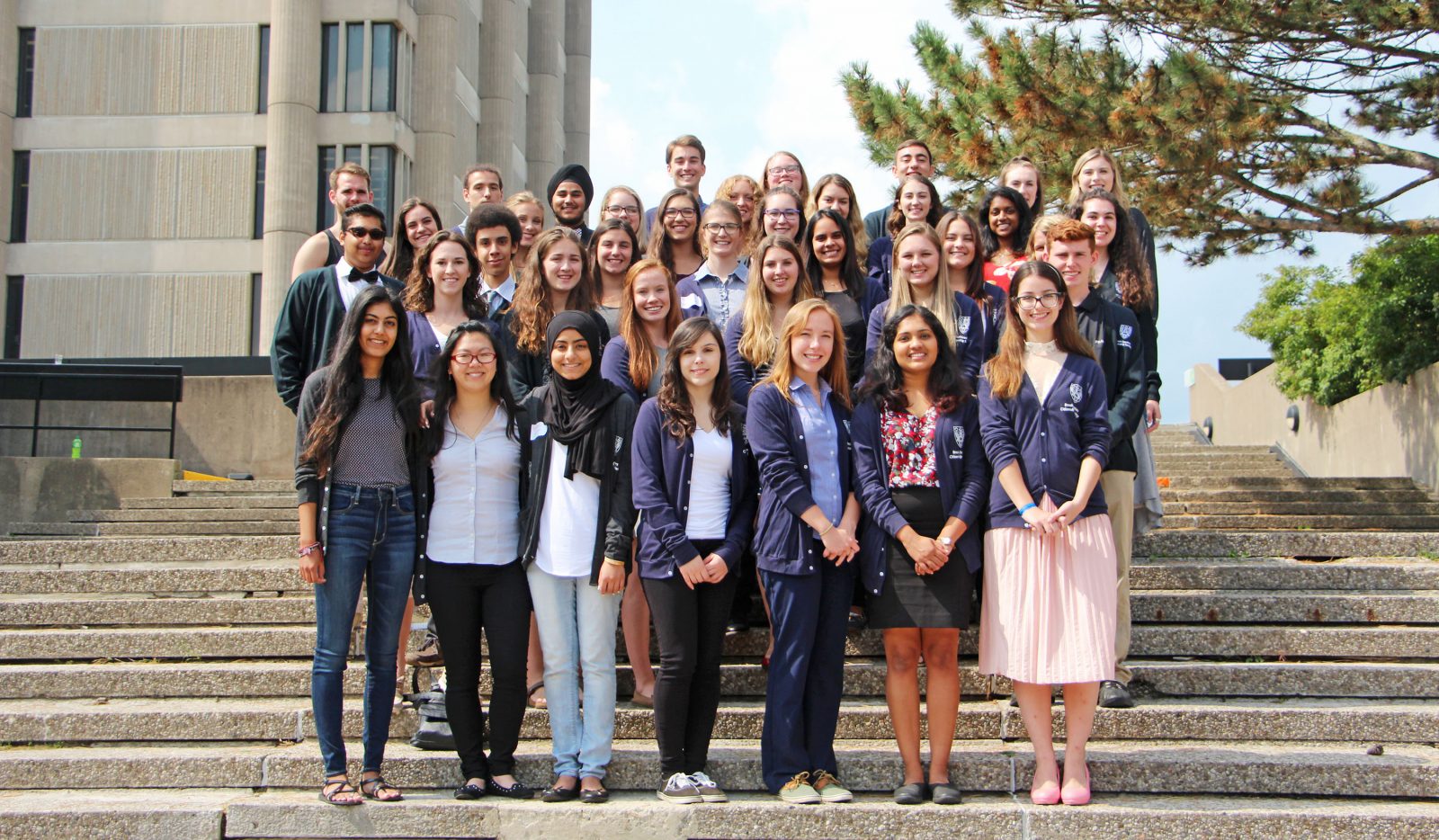 Members of the 2017-18 Brock Leaders' Citizenship Society oversaw a number of events and initiatives throughout the school year.

Each year, the Brock Leaders’ Citizenship Society (BLCS) calls on a new slate of students to ‘Lead the Change.’

The motto is top of mind for the young leaders who are inducted in the spring before starting their journey at the University in September.

Once their time as full-fledged Badgers begins, they are relied upon to spend a four-year term overseeing numerous initiatives that create positive change on campus and in the local and global communities.

“Beginning time on campus as BLCS members acts as a very warm welcome to Brock and gives the students an immediate sense of belonging within an excellent cohort of community-minded individuals,” said Kristen Smith, Manager, Student and Community Outreach in Student Life and Community Experience.

Founded in 2008 by Brock alumnus W. Aaron House (BA ’01, MEd ’09), Brock’s homegrown honour society was modelled after a scholars program at the University of Southern Mississippi.

“The scholarship element of the society is significant and a number of students have told us that the generous donor support to the BLCS program has allowed them to focus on their studies, their extracurriculars and their community initiatives so they can really make the most of their Brock experience,” Smith said.

This year’s students will join former members like Megan Brown (BSc ’17), who served as President of the society in 2016-17, and more than 60 alumni who have gone through the BLCS ranks.

Brown’s experience with the organization was so impactful that she came back to Brock after graduation to serve as the University’s community engagement co-ordinator in Student Life and Community Experience.

“BLCS really connects you with people who are driven to give back to the community,” said Brown, who graduated with a bachelor’s degree in Medical Sciences in 2017. “I’ve seen the level of passion and commitment that goes into the work that these students are doing first-hand as a past member, and being able to help other students have that same awesome opportunity is why I am still here and enjoy doing what I do.”

During the 2017-18 school year alone, the 46 BLCS members devoted more than 3,100 volunteer hours on campus and in the community. They participated in nine events, including two fundraising campaigns that generated nearly $30,000 for various Niagara causes.

Fourth-year Concurrent Education student Aynsley Maves led the charge on this year’s Diamonds, Denim and Diplomas, a BLCS event that supports bursaries for DSBN Academy students who will become the first in their family to attend post-secondary school. Since the event’s inception three years ago, more than $64,000 has been raised.

“Denim, Diamonds and Diplomas is one of the initiatives that I am most proud of. I wouldn’t have had the opportunity to put on such a large-scale event without the support of the BLCS,” Maves said. “Brock Leaders is fantastic, and through them I developed leadership abilities, professional skills and have a great network of people both inside the University and out in the community.”