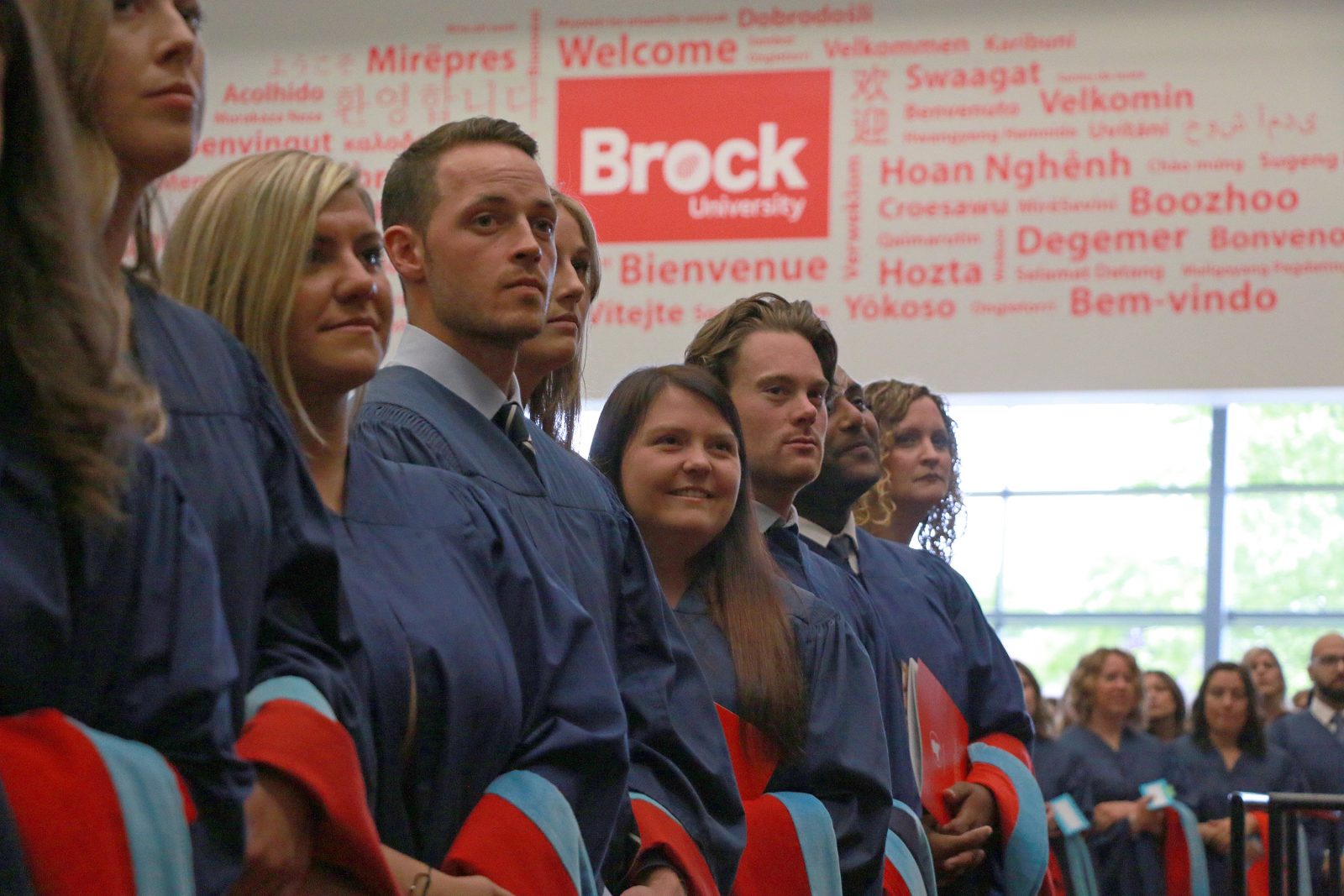 Brock University’s 103rd Convocation concludes Friday with a busy morning in the Ian Beddis Gymnasium. Only a 10 a.m. ceremony will be held on the final day of Spring Convocation, and it will include graduands from the Faculties of Humanities, as well as Math and Science.

Giving the Convocation address will be St. Catharines native and world-renowned photographer Edward Burtynsky, who will receive an honorary degree. His remarkable photographs of industrial landscapes have been included in the collections of more than 60 major museums around the world.

A major milestone will also be celebrated when Brock’s 100,000th graduate will receive their degree. Exactly who will be the milestone graduate will remain a secret until they cross the stage. The watershed moment comes 51 years after John Auld became the first-ever Brock graduate at a ceremony held on May 26, 1967.

Many awards are handed out during the course of Convocation ceremonies, but one of the most remarkable will take place Friday when Michelle Przedborski will receive the Governor General’s Gold Medal Award. Given to the graduate student with the highest academic average of anyone in the 2017-18 year, Przedborski finished her PhD in the Fall with a 97.25 per cent average. That comes after she finished her master’s with a 94 per cent average.

All of the Convocation ceremonies are free to attend and no tickets are required. Parking is free for guests throughout the week. Free Wi-Fi is also being provided throughout Convocation week. The BrockEvents Wi-fi network can be accessed using the username: BROCKGRAD and password: welcome2brock!

For those who can’t make it to the Brock Campus for Spring Convocation, all of the ceremonies will be streamed at brocku.ca/livestream