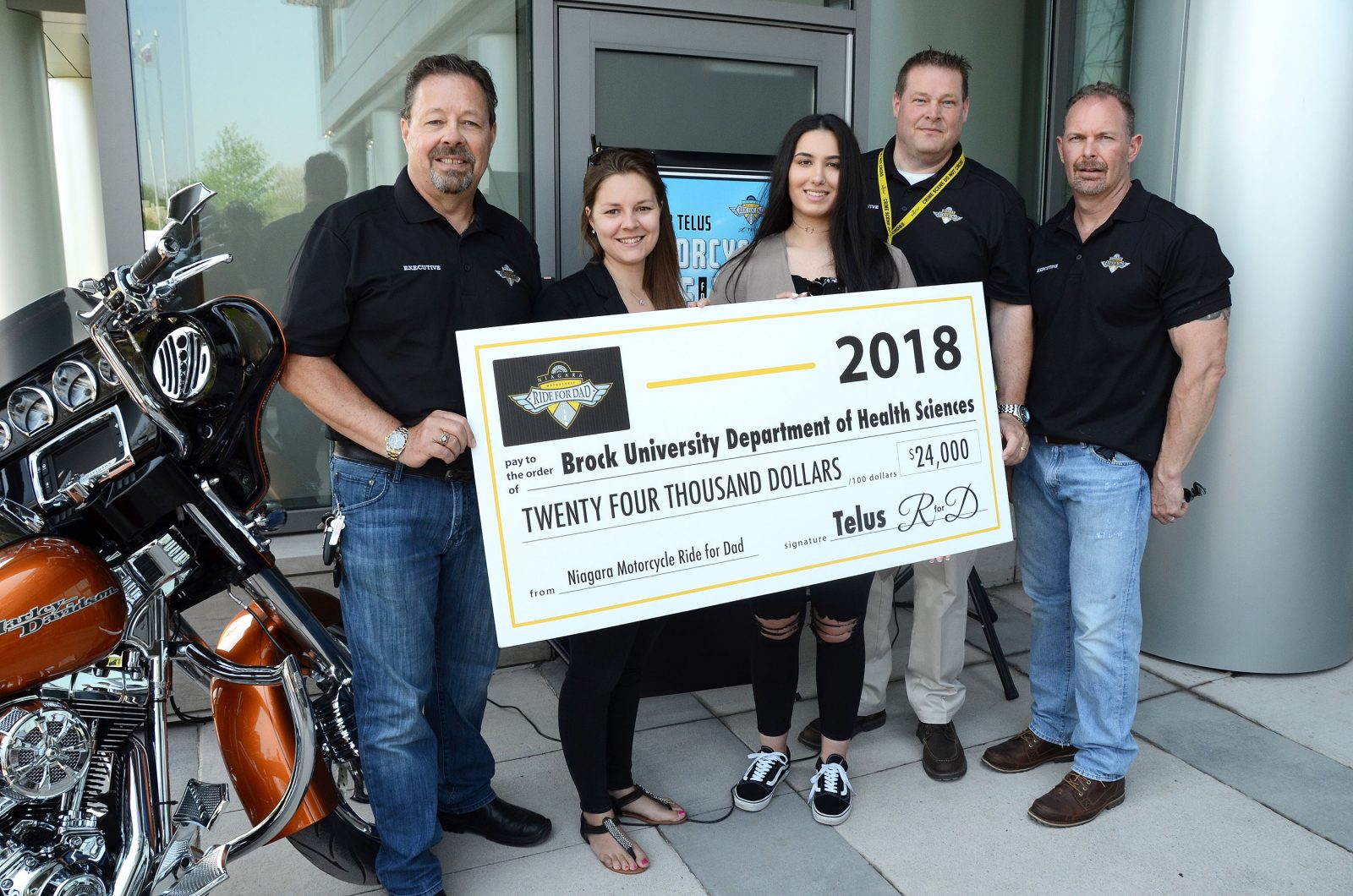 What do motorcycle riders and the herb rosemary have in common?

They both have the potential to fight cancer.

The Telus Motorcycle Ride for Dad, a prostate cancer awareness and fundraising organization, has granted Brock University researcher Evangelia Litsa Tsiani and her team $24,000 to investigate how plant-derived chemicals with strong anticancer effects can be used to prevent and treat prostate cancer.

“My research will focus on chemicals called polyphenols, derived from the plant rosemary, that have been found to have antioxidant and anti-inflammatory effects and are proposed to have anticancer activity,” says the associate professor in the Department of Health Sciences. 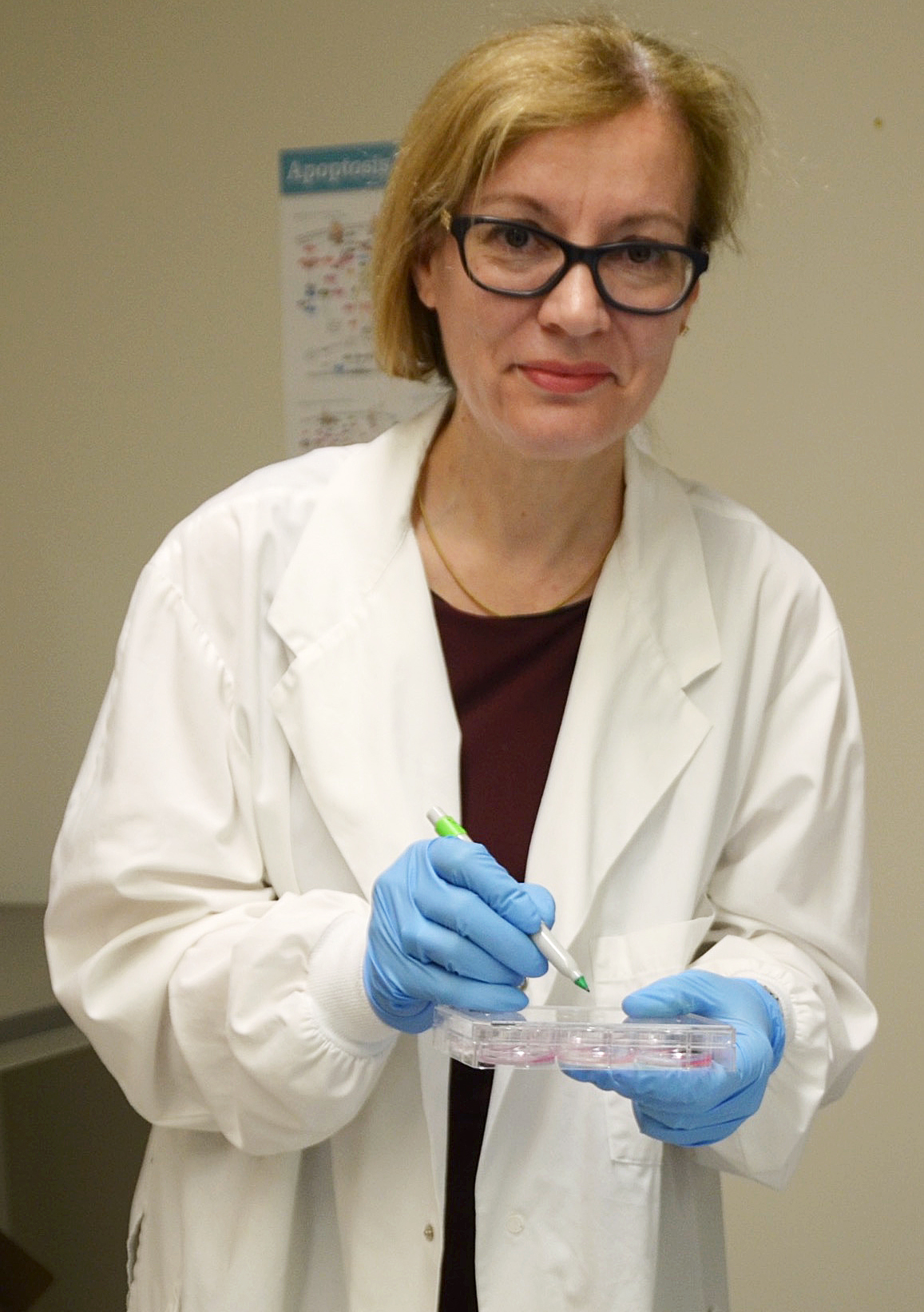 Tsiani says she is grateful to Ride for Dad and the Prostate Cancer Fight Foundation (PCFF) for the funding.

“This grant will enable us to investigate the effects and action of these chemicals in prostate cancer cells. Our cell work will form the basis for more research in animals and humans and eventually will potentially result in the discovery of new effective chemotherapy agents for prostate cancer.”

Damian Parrent, who is an executive member of Ride for Dad, says he and his colleagues are “really appreciative” of his group’s “wonderful” partnership with Brock.

“I hope to see positive things coming from the experiments with plant-based components, which has a medical component to it,” he says.

The executive of the Telus Motorcycle Ride for Dad’s Niagara Chapter presented the cheque to Tsiani’s graduate students Jessy Moore and Alina Jaglanian at an event held May 17.

In previous research, Tsiani, Moore and others on the team found that polyphenols — chemical compounds that are mostly found in plants people eat — within rosemary extract stopped certain proteins from being activated in lung cancer cells, halting the survival and spread of lung cancer cells.

In this research round, Tsiani, Moore and Jaglanian will conduct similar research on prostate cancer cells.

“Therefore, there is an urgent need to find novel compounds that can be used effectively towards the treatment of prostate cancer patients,” says Tsiani. “Many chemotherapy drugs have been discovered by screening natural products from plants.”

The Telus Motorcycle Ride for Dad, created in Ottawa in 2000, has raised more than $27 million to the Prostate Cancer Fight Foundation to support prostate cancer research and awareness in the communities where the funds were raised.

The Niagara chapter of the Telus Motorcycle Ride for Dad will hold its Ride on Saturday, June 16 beginning from Niagara-on-the-Lake. Details are posted on the group’s website.

In the eight years of the Niagara Chapter’s existence, the group has raised $200,000 for Walker Family Cancer Centre construction, prostate cancer awareness campaigns and research. This is the group’s second major grant in the past two years.