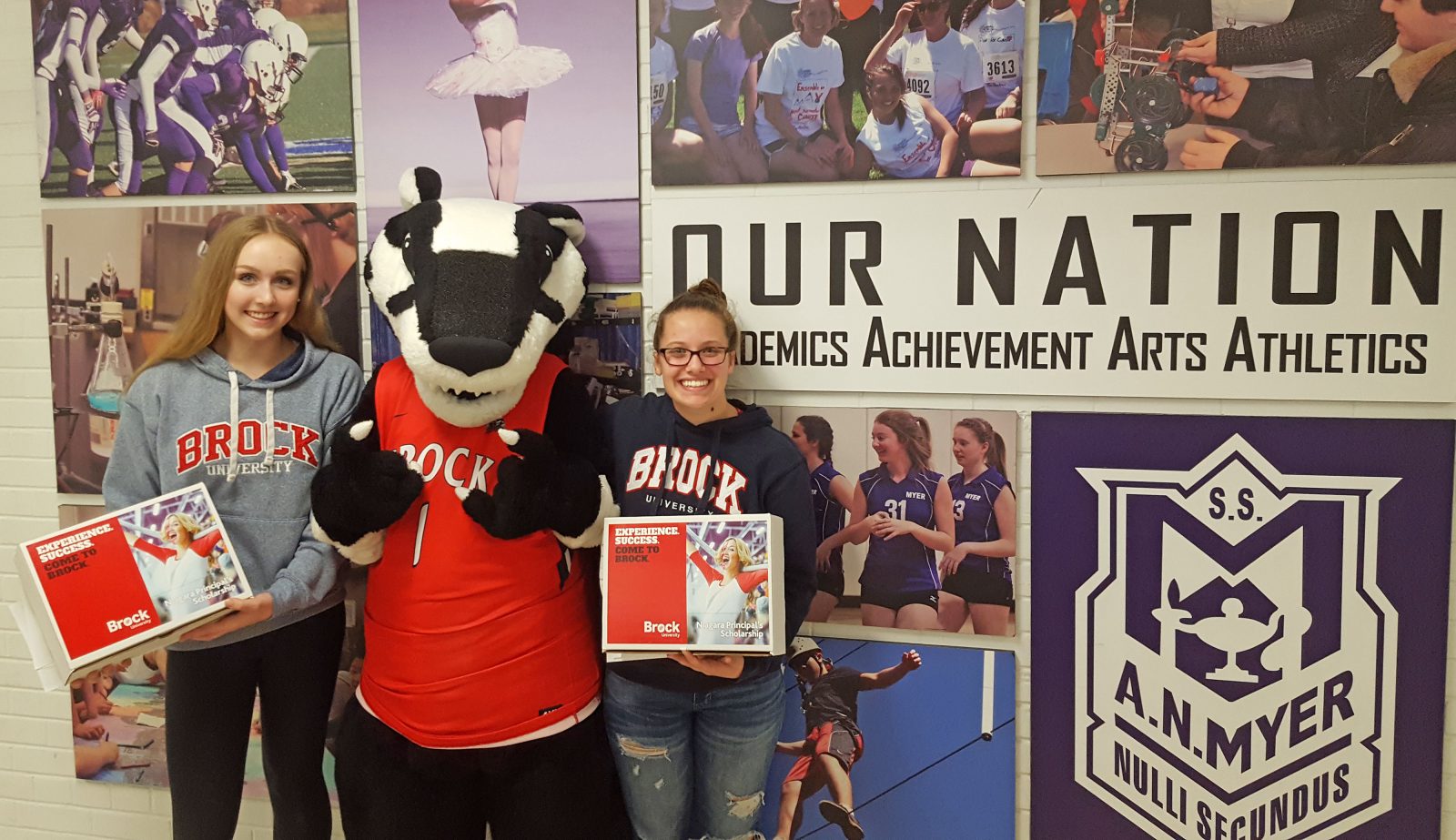 Boomer the Badger poses with A.N. Myer Secondary School students Jacquelyn Campbell, left, and Simone Fortuna, who were named that school’s recipients of the Niagara Principal’s Scholarships from Brock University.

Dozens of students from high schools across Niagara have been given a financial boost as they prepare to begin their post-secondary education.

For the fourth year in a row, Brock University has awarded the Niagara Principal’s Scholarships to two students from nearly every public, Catholic and private secondary school in the region.

Each of the 62 students were awarded $2,500 toward the cost of their first-year tuition at Brock, for a total of $155,000. To date, the Niagara Principal’s Scholarship program has awarded more than $575,000 to 231 students across the region.

“This award is one example of Brock’s commitment to the future of our region,” said Beth Natale, Director, Recruitment and Retention. “It is critical that we invest in Niagara’s future leaders, and what better way to put this idea into practice than to collaborate with the schools in our region to recognize the significant talent that is right here at home?”

She said the sizeable award could be the determining factor in a student’s decision to pursue post-secondary education.

“We want to do our part to ensure such inspired students have the resources needed to choose Brock and the Niagara region for their future,” said Natale.

The recipients for the scholarships are selected by the principal from each school based on a combination of academic achievements and the students’ involvement in school and in the community.