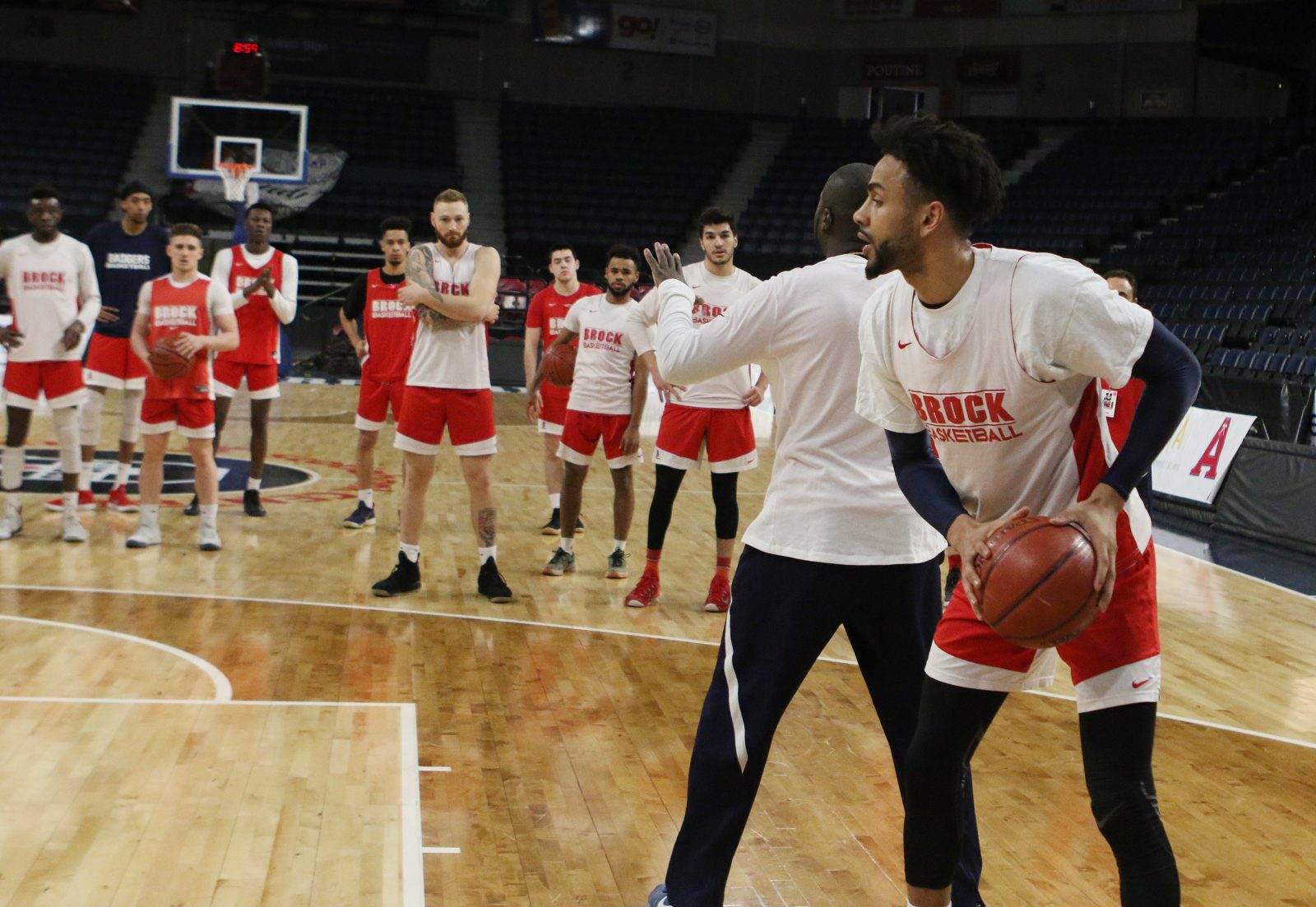 Brock Badgers forward Dani Elgadi, front, and head coach Charles Kissi behind him, lead the team through a practice drill at the Scotiabank Centre in Halifax Wednesday. Brock opens the USPORTS Final 8 tournament Thursday against Calgary.

All the hard work, all the tough decisions, all the sacrifices over the past five years were all for this. All so that he could stand at centre court of the Scotiabank Centre in Halifax, Nova Scotia to officially declare his Brock Badgers men’s basketball team had met a goal it set five years earlier: to make it to the USPORTS National Championship tournament.

“Stepping onto that court was surreal. It was everything I expected. The atmosphere and just knowing the stage that we’re on … this is something I’ve been preparing for my whole career,” Egladi, the fifth-year forward from Waterloo, said Wednesday morning after the Badgers’ first practice session in Halifax. Brock made it to the Nationals this week after earning a wild card berth based on their stellar 21-3 season, much of it spent ranked second in the country behind tournament-favourite Carleton.

Getting to the USPORTS Final 8 took a year longer than Elgadi and the Badgers had hoped for, but last year’s snub — when the Calgary Dinos were picked as the wild card entry over Brock — just add to this year’s storyline. 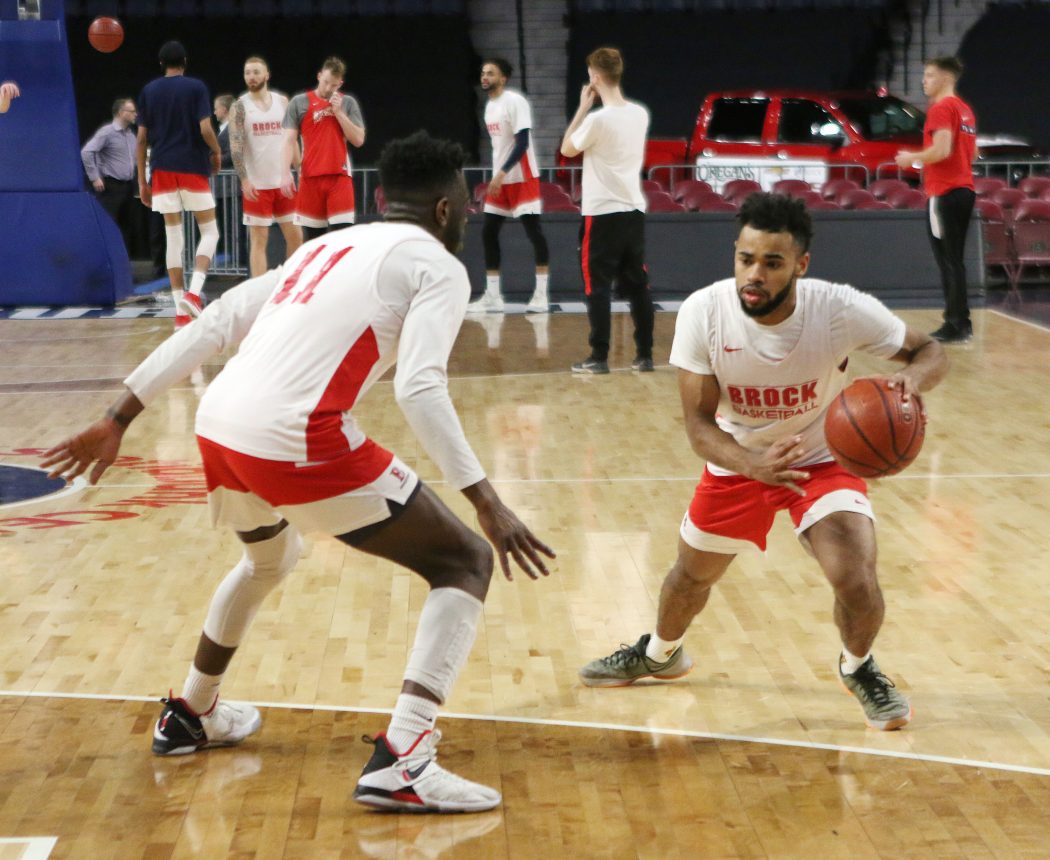 It will be the second-seeded Dinos who the seventh-seeded Badgers will face in the quarter-final round Thursday at 1 p.m. (2 p.m. AST).

“It’s like its fate that the first team we play is the team that snubbed us,” Elgadi said. “It’s like a movie ending. The stage is set and now we all just have to perform, including me.”

Since arriving at Brock in the summer of 2013, the same summer head coach Charles Kissi was hired, Elgadi has been the face of the team. Kissi was the architect of a program that has gotten better with age, peaking this season in Elgadi’s swan song.

“For me it’s my last dance so I’m just trying to soak it all in,” he said. “I understand the pressure we’re under, but I’m ready for it. Our road is far from easy, but it’s the path we want. This is it now.”

In the Calgary Dinos, Brock will face a tough, but not completely unfamiliar, opponent. The two teams played in an exhibition game at Brock back in October, which was an attempt by Kissi to get a pre-season look at potential National Championship opponents.

“Sure enough, that’s who we’ve ended up playing,” the coach said. “We wanted to begin with the end in mind.”

But Kissi also knows the Badgers will face a different team than they did six months ago.

“It’s a new game. They’ve gotten better since then, and so have we,” he said.

The Badgers arrived in Halifax late Tuesday night and were the first team to practise on the Scotiabank Centre court. (The bottom-seeded Acadia Axemen chose to work out on their home court in nearby Wolfville).

“To actually be here shows that if you stay the course and you have a good program with a good support system around you, you can actually get here,” he said. “The goal was to get here. But now that we’re here, we want to make some history and do what the guys did 10 years ago.”

The “guys” Simpson was referring to was the 2007-08 Badgers team that also went into the National Championships in Halifax seeded seventh, but battled their way to Brock’s second-ever national title.

Many of the players from that title-winning squad are making their way to Halifax for the tournament this week, as is a Brock fan bus that is expected to arrive Thursday morning.

Just in time to watch what Elgadi, Simpson and the rest of the Badgers hope will be three-straight wins to repeat what was done here 10 years ago.

For those not making the trip to Halifax, a free viewing party for the quarter-final game will be held in Brock’s Market Hall Thursday at 1 p.m. EST 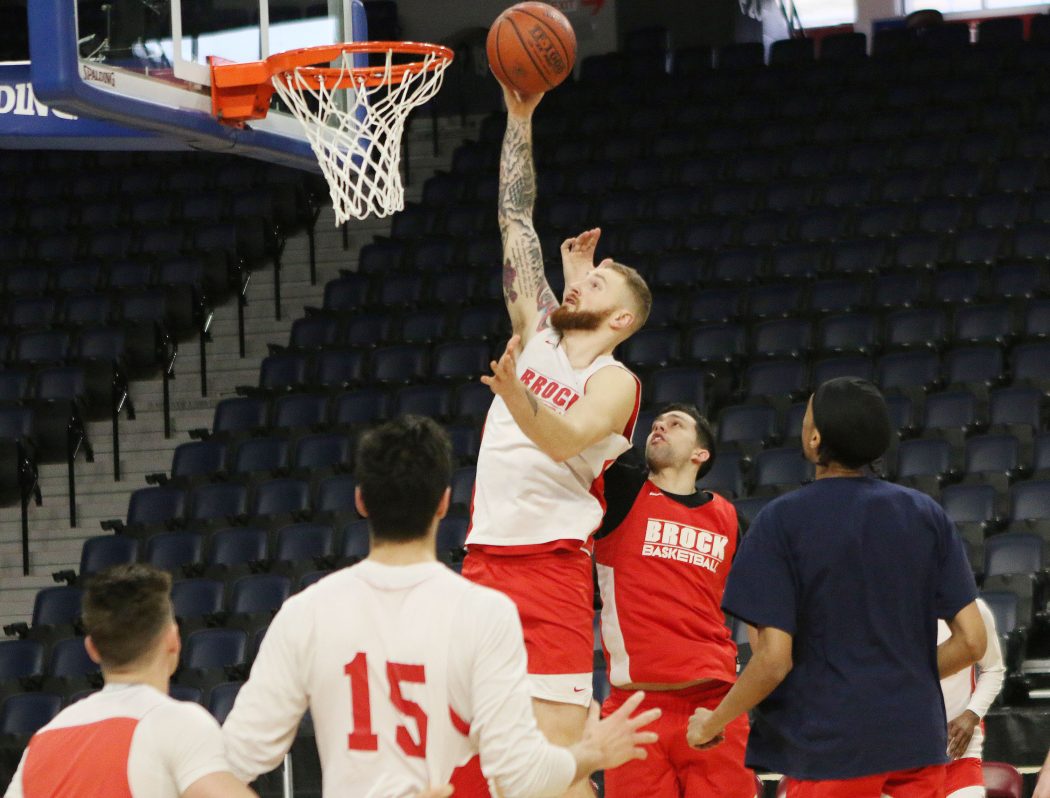 Brock Badgers forward Cassidy Ryan takes a shot during a team practise at the Scotiabank Centre in Halifax Wednesday morning.