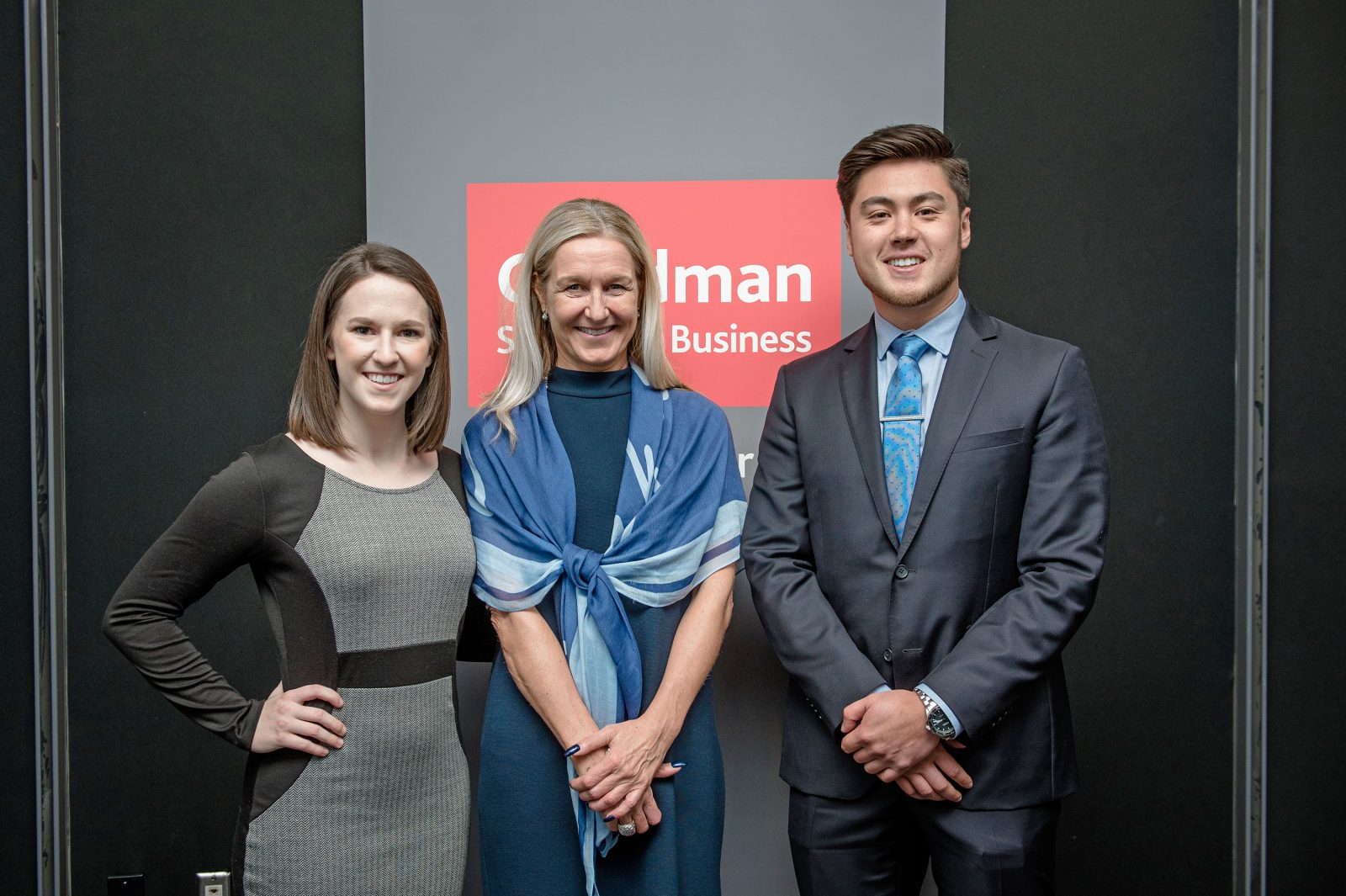 Applications are open for a competitive award that gives Brock’s entrepreneurial students an edge on the path to success.

Established in 2014, the Deborah E. Rosati Entrepreneurship Award annually provides at least one student with $10,000 to become a full-time entrepreneur in the Spring/Summer term.

The student who receives the award will work closely with BioLinc, Brock’s on-campus business incubator run by the Goodman School of Business, and gain access to physical space, support services, mentorship and networking opportunities from May to August. 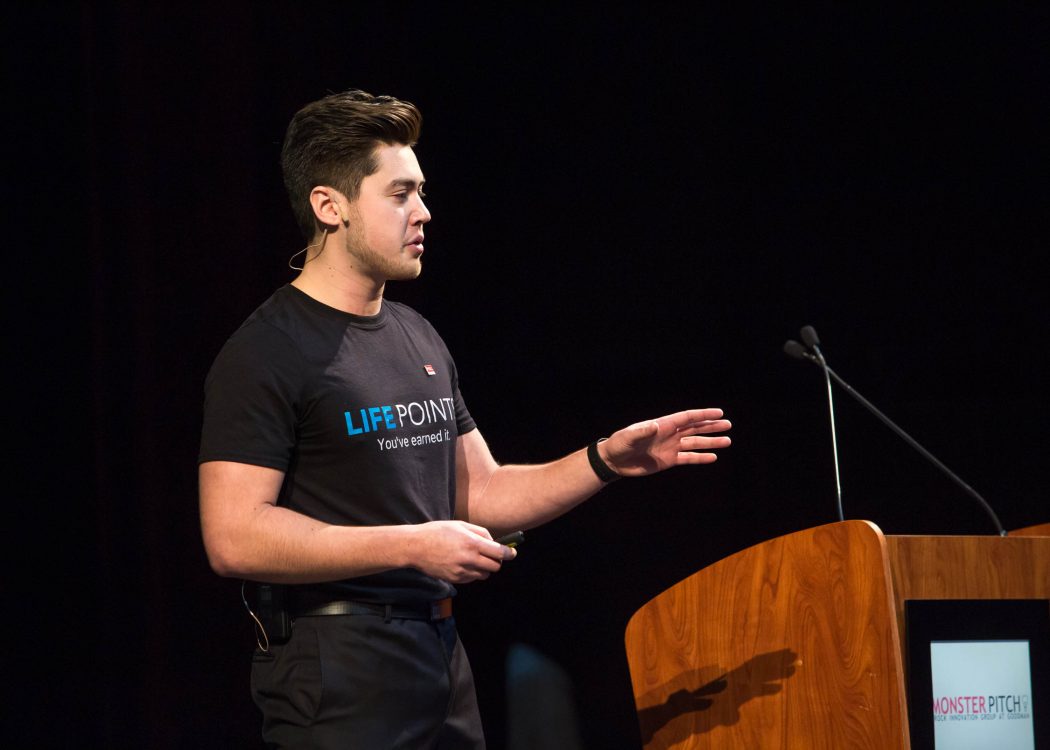 The award is open to any Brock student with almost any type of business concept. Co-op students are able to use the semester towards a co-op work term.

The scholarship is generously provided by Goodman alumna Deborah Rosati (BAdmin ’84), an active supporter of entrepreneurship at the Goodman School of Business.

Brock students Ethan Foy and Olivia Poulin were last year’s recipients, and they have both enjoyed entrepreneurial success thanks in part to their ability to focus their efforts to their businesses full-time last summer.

Earlier this month, Foy won a $14,000 startup prize package at Monster Pitch, an entrepreneurial pitch competition hosted by the Brock Innovation Group in partnership with the Goodman School of Business and BioLinc. The fifth-year neuroscience student from Oakville won the competition by pitching LifePoints, his company that provides users with monetary rewards for time spent at fitness facilities.

Along with Goodman School of Business student Dalton Steele (HUVr) and BioLinc resident Nick Kuryluk (ColdBlock Technologies Inc.), Poulin has been nominated for a Niagara Entrepreneur of the Year award. The awards will be announced at a gala Feb. 23. 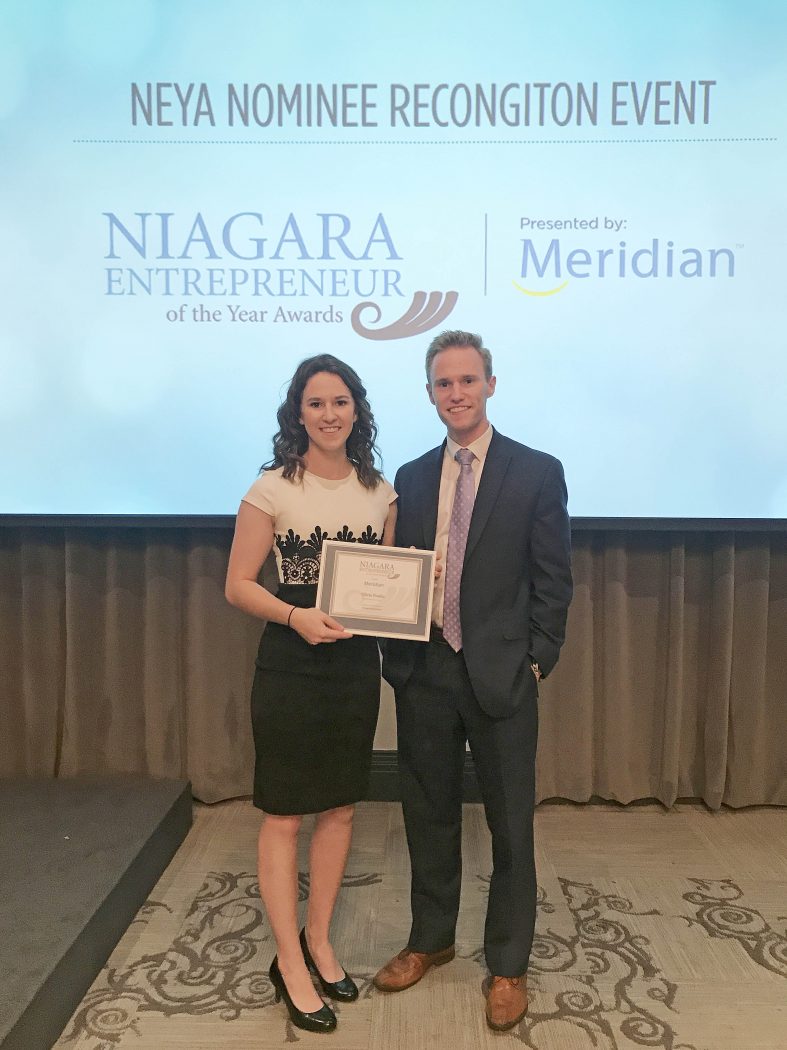 Olivia Poulin, left, attended the Niagara Entrepreneur of the Year Awards nomination gala in November with her brother Ian Poulin (BBA ’17), where she was nominated for an award in the Young Entrepreneur category.

In the meantime, Poulin says she’s seeing more customers than ever at the in-home personalized pet-care service she founded called Pupadise Inc.

“I’m so grateful to have received this award because it allowed me to focus all my energy on the success of my business last summer,” she says.

“It was really the catalyst I needed to take my company to the next level and go all chips in,” she said, adding that one of the most valuable parts of the award was the mentorship that came with it.

“It helped me develop a mindset of growth and to see the kind of success that’s possible when you have the right supports in place.”

Students can apply for the Deborah Rosati award on the BioLinc website until Sunday, Jan. 28.