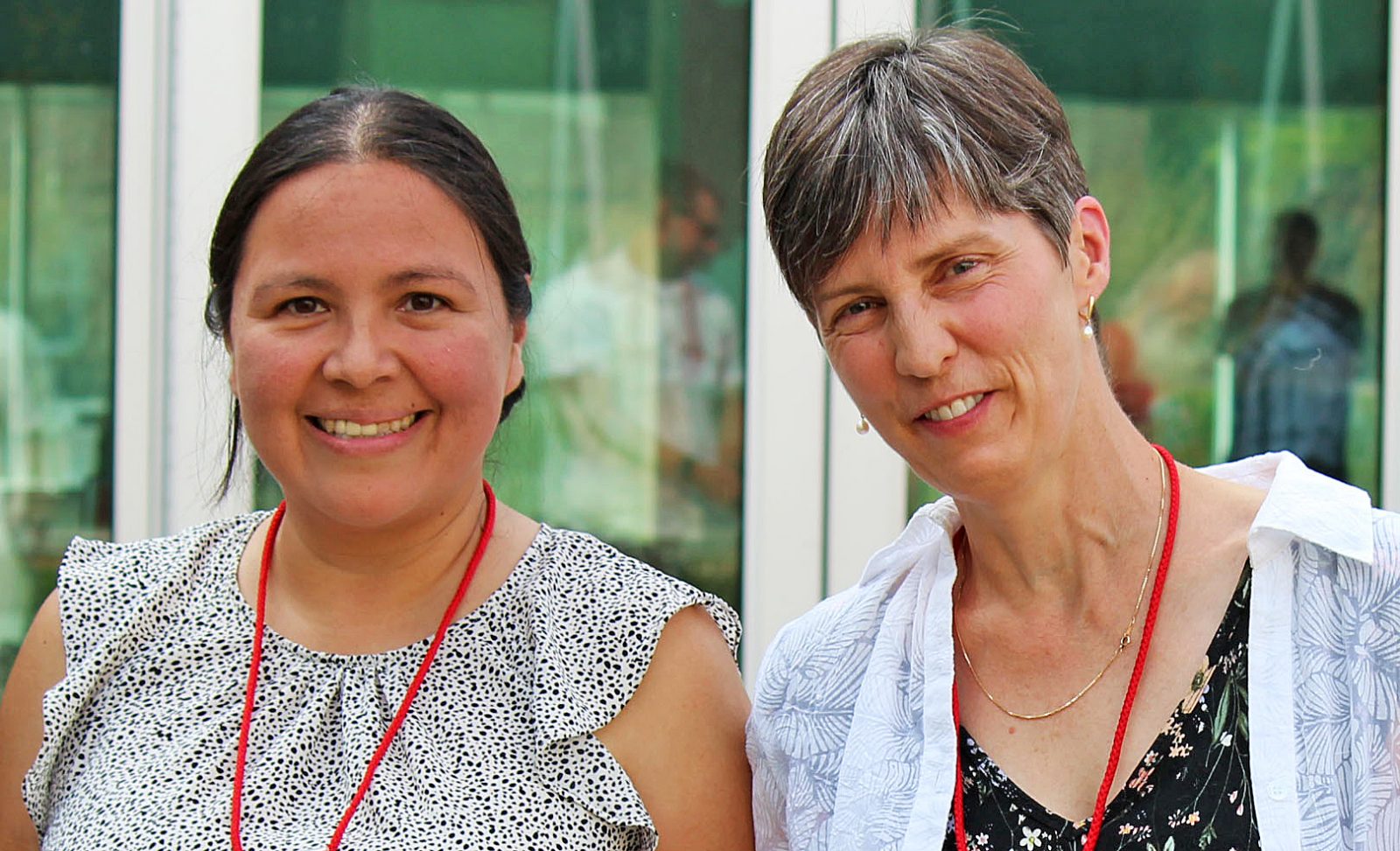 Marcia Trudeau-Bomberry, the 2017 Brock Alumni Association Distinguished Graduate in the Faculty of Social Sciences, reunited with Associate Professor Marian Bredin, who was once her undergraduate thesis supervisor, during Homecoming weekend in September.

The largest continental sporting and cultural gathering of Indigenous peoples had Brock alumna Marcia Trudeau-Bomberry (BA ’00) at its helm this past summer.

The 2017 North American Indigenous Games (NAIG) saw 5,000 teen athletes compete in 14 sports and 2,000 volunteers, including more than 50 Brock students, come together to celebrate the diverse regions and cultures represented by the participants. 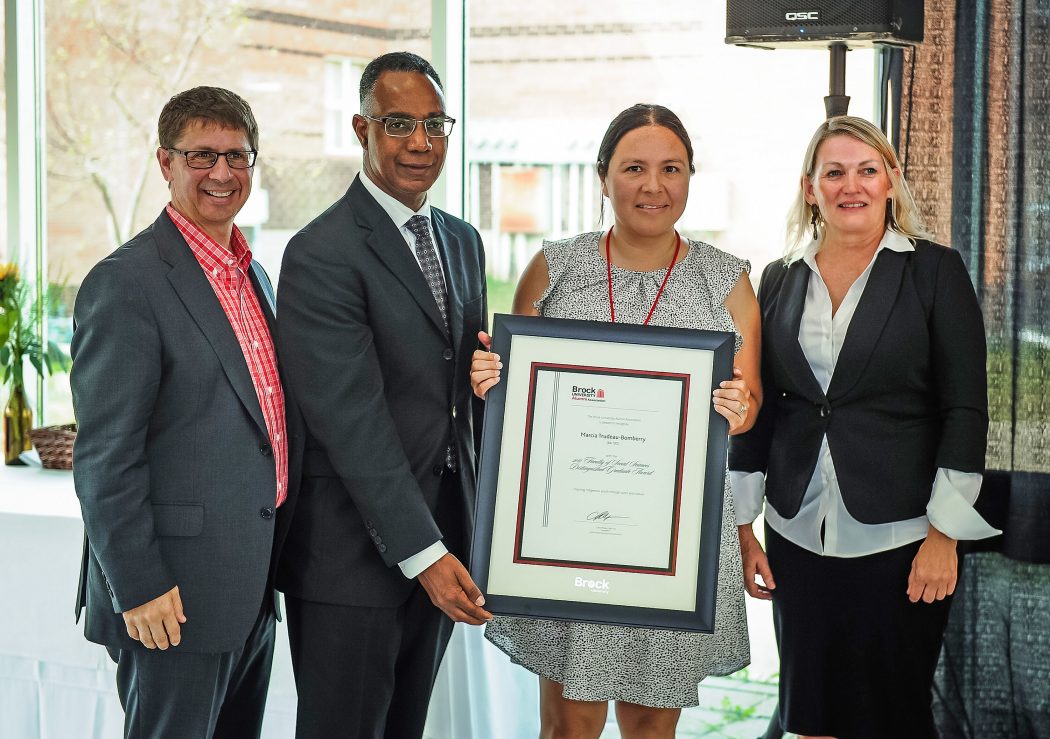 “This was a chance to see the unifying power of sport and culture, and to see Indigenous youth from across Turtle Island/North America come together to compete, learn, share and forge new friendships,” she said of the Games held July 16 to 23 in Toronto.

In recognition of her many contributions to sport, wellness and Indigenous communities, Trudeau-Bomberry was named the 2017 Brock Alumni Association Distinguished Graduate in the Faculty of Social Sciences during Homecoming weekend in September.

She studied communication and sociology at Brock, and later earned an MBA at Alberta’s Athabasca University.

“When I got to know Marcia during her time at Brock, she already demonstrated the qualities of imagination, determination and dedication that make her such an outstanding leader in Indigenous sport and culture today,” said Marian Bredin, a professor in the Department of Communication, Popular Culture and Film.

Once serving as Trudeau-Bomberry’s undergraduate thesis supervisor, Bredin learned a great deal from the inspired young student about the experiences of Indigenous youth in Canadian universities.

“Marcia’s achievements at the Games and her commitment to young Indigenous athletes are truly inspiring,” she said.

In addition to her work with NAIG, Trudeau-Bomberry has worked in communications and community development for the Aboriginal Sport Circle, and on projects such as the Aboriginal Sport Hero Torch Bearer program in partnership with the Olympic and Paralympic Winter Games in Vancouver in 2010.

She also spent many years as a director with the Aboriginal Sports and Wellness Council of Ontario, and worked in several roles for the United Chiefs and Councils of Mnidoo Mnising.

Trudeau-Bomberry believes her studies and Brock experience as a whole helped her to understand the unique place that Indigenous people hold in society, as well as the role of media and communications in representing Indigenous people in mainstream culture and society.

During her time at the University, she was involved with an Indigenous student group, participated in recreational volleyball and, after picking up a lacrosse stick for the first time on campus, played on Brock’s varsity women’s team.

While there were many memorable moments at the 2017 North American Indigenous Games, Trudeau-Bomberry took particular pride in seeing women’s lacrosse included for the first time since the event’s inception in 1990.