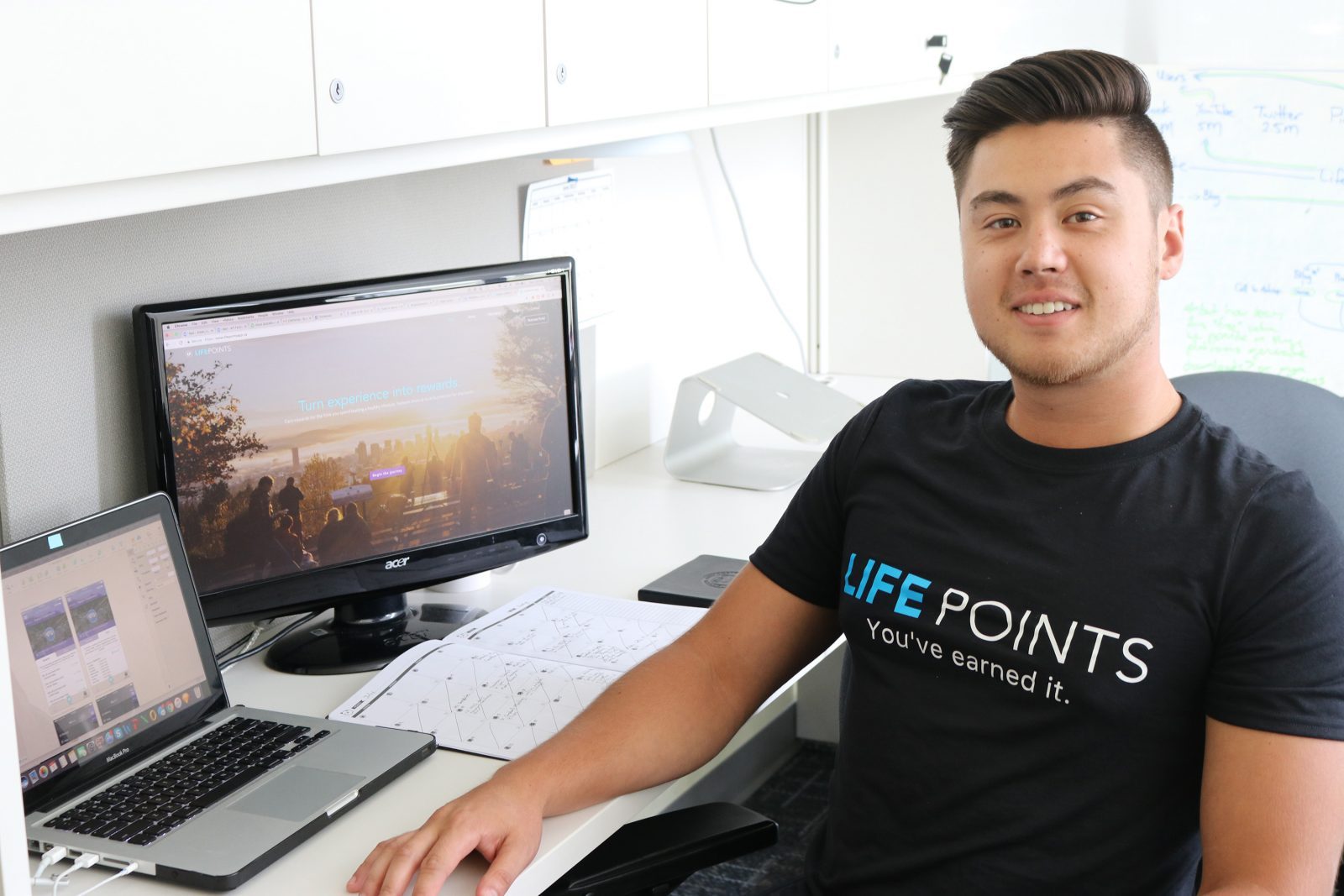 This is the first in a series of four stories featuring the finalists of Monster Pitch, the annual student business competition hosted by the Goodman School of Business student club Brock Innovation Group. This year’s competition will be held at the FirstOntario Performing Arts Centre Monday, Jan. 8. 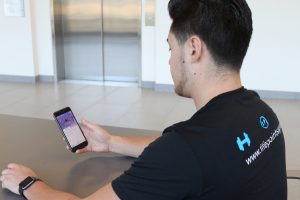 The rewards are starting to add up for Ethan Foy.

The fifth-year neuroscience student from Oakville, is working on his business idea called LifePoints.

The mobile application rewards users for time spent at a fitness facility with points they can later cash in at local businesses. The application is now live on the App Store for iPhones, with a version soon to follow for Android users.

Foy will be presenting LifePoints on the stage at the upcoming Monster Pitch competition Monday, Jan. 8 at the FirstOntario Performing Arts Centre.

It’s a moment he’s had his eye on for more than a year.

LifePoints had been percolating in Foy’s mind since before last year’s Monster Pitch and his goal was to one day join the finalists on the stage to share his vision with the judges.

Having previously worked as a student ambassador with BioLinc, Brock’s business incubator run by the Goodman School of Business, he was familiar with the resources that would benefit him when it came time to launch his own business.

Foy began to work on his idea for LifePoints and it paid off at the end of last year’s event, when BioLinc announced that he was one of two recipients of the Deborah E. Rosati Entrepreneurship Award, which provided him with mentorship and funding over the summer while he worked full time on his business.

“The Monster Pitch funds would be much more beneficial to me now than they would have a year ago because I’ve benefitted from the mentorship that came with the award and I’ve been able to develop and build the product further, which I don’t think would have happened without the award,” said Foy.

Foy is passionate about the idea of having customers receive monetary rewards, and has designed his mobile application as an experience-driven reward platform, breaking away from the conventional loyalty model companies use to reward customers for their purchases through accumulated points and product discounts.

“I fell in love with the idea of being able to provide a monetary reward for every other aspect of life, outside of work life,” said Foy.

The business currently focuses on the fitness industry, but Foy has plans that stretch beyond that.

“The model we are using allows us to pivot into any market with relative ease. We’re starting in the fitness industry, but it would be very easy for us to transition into other areas. That’s really where the end goal of LifePoints lies — to be able to reward individuals for living their life.”

Monster Pitch will see four shortlisted student entrepreneurs pitch their business ideas before a panel of judges for a chance to win a funding and startup services package worth $14,000.

The event is hosted by the Brock Innovation Group in partnership with the Goodman School of Business and BioLinc and is sponsored by Spark Power Corp.

The judging panel includes David Chilton, author of The Wealthy Barber series, and returning judges Bruce Croxon, co-host of BNN’s The Disruptors and CEO of Round 13, Deborah Rosati, corporate director and co-founder of Women Get On Board, and Jason Sparaga, co-founder and co-CEO of Spark Power Corp. and founder of Spara Capital Partners.

Tickets for the event are on sale for $5 through the FirstOntario Performing Arts Centre Box Office.