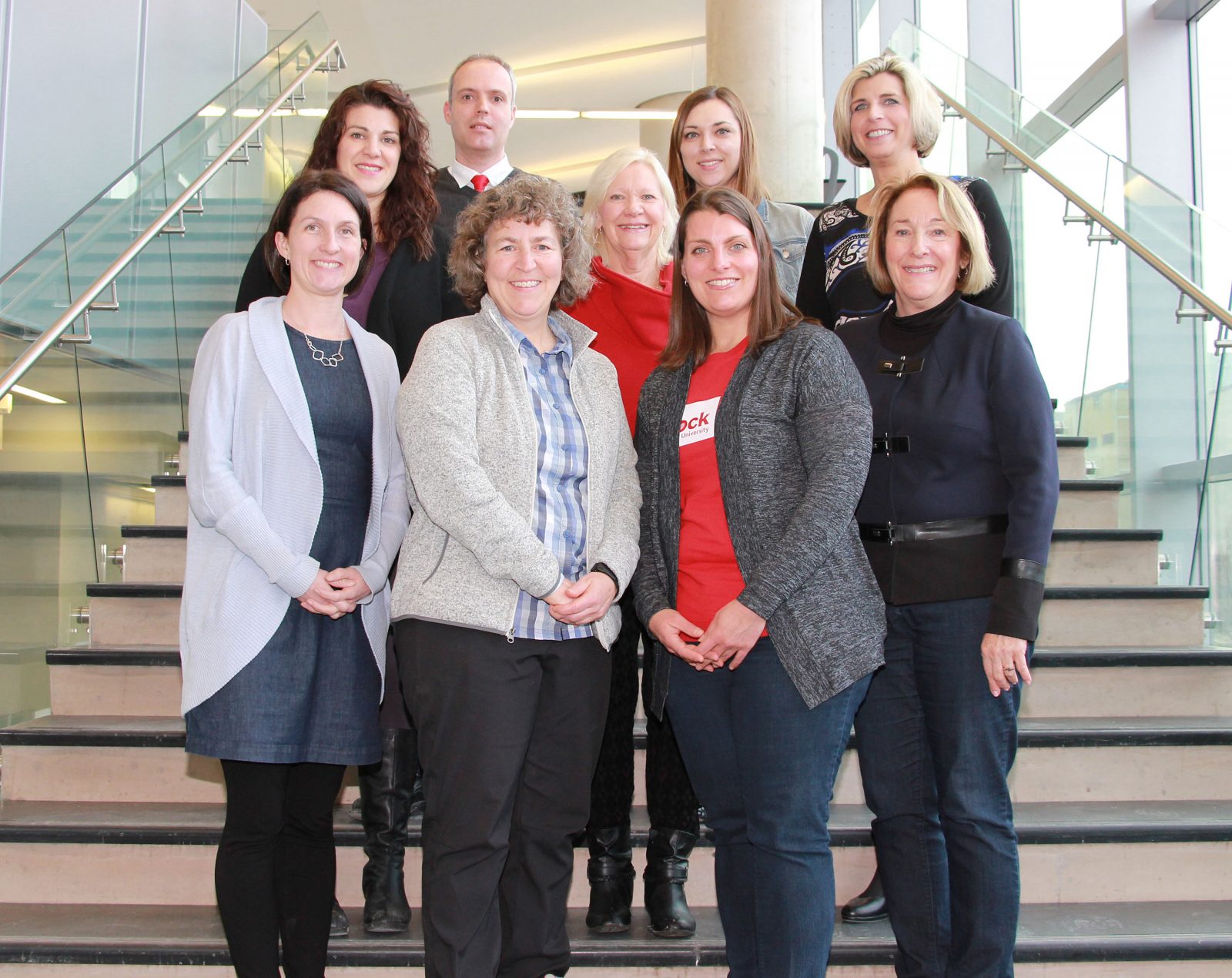 Brock’s United Way committee co-chairs Lucie Thibault and Sandy Howe (front row, second and third from left) are thankful to the Brock community for their generosity and participation this year.

These words describe how Sandy Howe and Lucie Thibault felt after learning Brock not only surpassed its $145,000 fundraising goal for United Way, but also reached its highest fundraising total ever.

More than 250 Brock employees participated in this year’s campaign, collectively raising close to $160,000 for the charitable organization. Brock’s previous highest fundraising total for United Way was $153,912 from its 2013 campaign.

Howe and Thibault, Brock’s United Way committee co-chairs, are thankful to the many Brock faculty, staff and departments who contributed to the campaign through payroll deductions, one-time donations and fundraising events.

“Faculty and staff have been so responsive,” said Thibault, Professor of Sport Management. “There was a full house for Souper Star Lunch, high levels of participation in the Halloween Spin-A-Thon and a record number of teams at Trivia Night.”

Proceeds from special events increased by nearly 65 per cent this year.

“It’s been fantastic to see the Brock community pull together once again to support United Way,” said Howe, Associate Director for Experiential Education. “Not only did we achieve our campaign goal ahead of schedule, but we reached an all-time high.”

As one of the largest employee campaigns in Niagara, Brock’s support contributes significantly to the 85,000 people who depend on United Way-funded programs and special initiatives every year.

“Brock faculty and staff play a vital role in serving the well-being of our local community,” said Thibault. “We should all be proud of our success this year.”